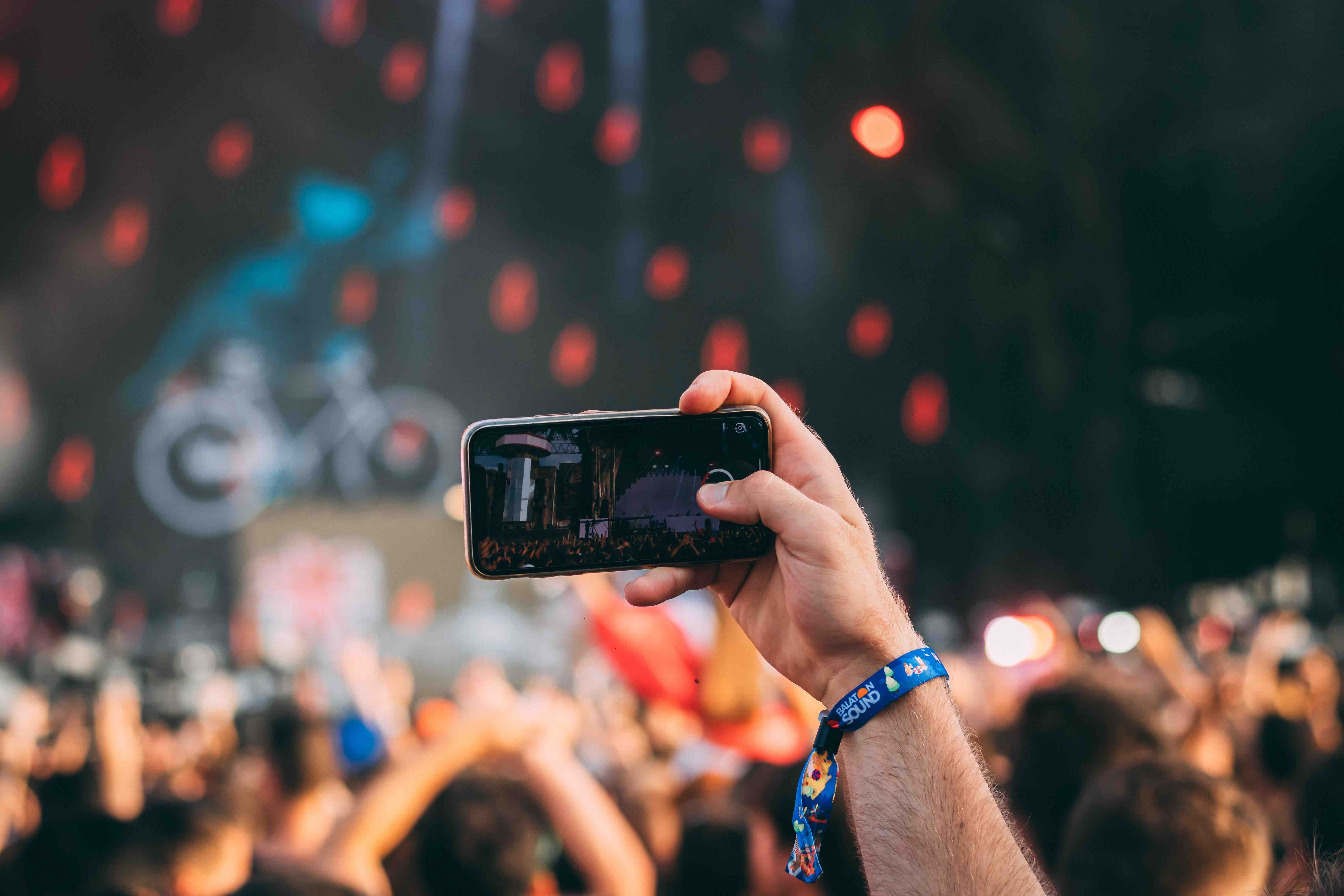 When we received stay-at-home orders back in March, the app market, and social media in particular, got a huge boost. Facebook, WhatsApp, Messenger, Instagram, TikTok, Snapchat and Twitter all broke their respective records for time spent in-app, globally, in March 2020. 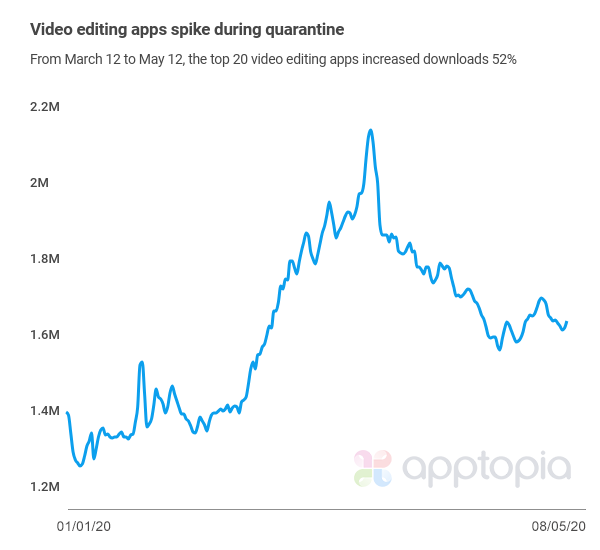 All of a sudden, my feed was inundated with wannabe influencers. But, more notably, the video editing app market experienced an unusual surge in downloads (+52%), starting mid-March and peaking mid-May. These apps allow even the most amateur creator to quickly slice and dice footage, overlay music, and add visual effects.

Why does this growth matter? $$$, obviously. This market of 20 apps has generated $72 million in total revenue in the past 365 days. While the apps are free to download, most of them require a monthly subscription in order to use their premium features. And people are willing to pay. In Q2 2020, in-app purchase (IAP) revenue increased 15% QoQ, and 28% YoY. 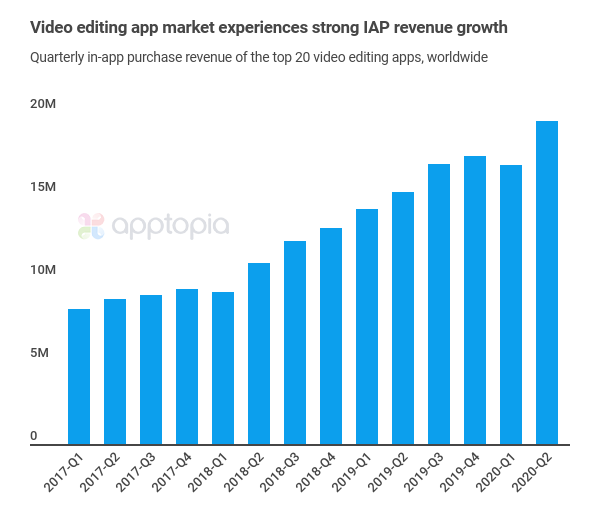 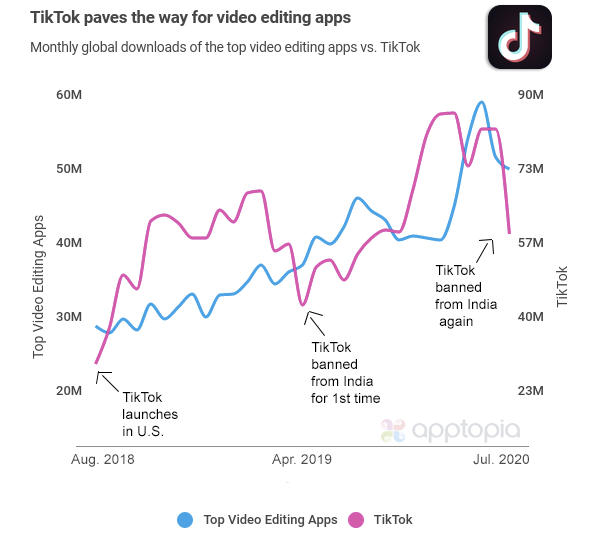 While TikTok isn't solely responsible for the growth of these apps, it's clearly  played a large role in bringing short-form video to the forefront of the industry. As talks to ban TikTok in the U.S. continue, other short-form video apps are seeing success. For deets on those guys, check out our last blog.

Assuming that TikTok and short-form video persists, which video editing apps should we be paying closest attention to? Well, the biggest app of the market, by far, is InShot. So far, the app's been downloaded 88 million times in 2020 and averages 45 million monthly active users. 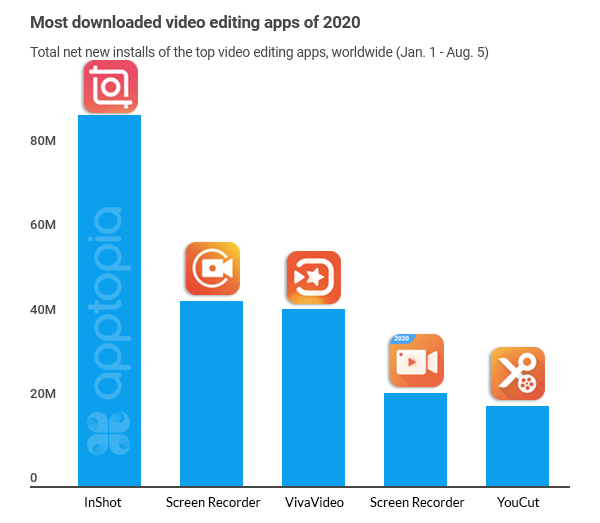 It's also worth mentioning that the top revenue-generating video editing apps so far in 2020, in order, are: Splice, VivaVideo, Magisto, InShot, and Funimate. Want to learn more about these apps? Click the big blue button below.