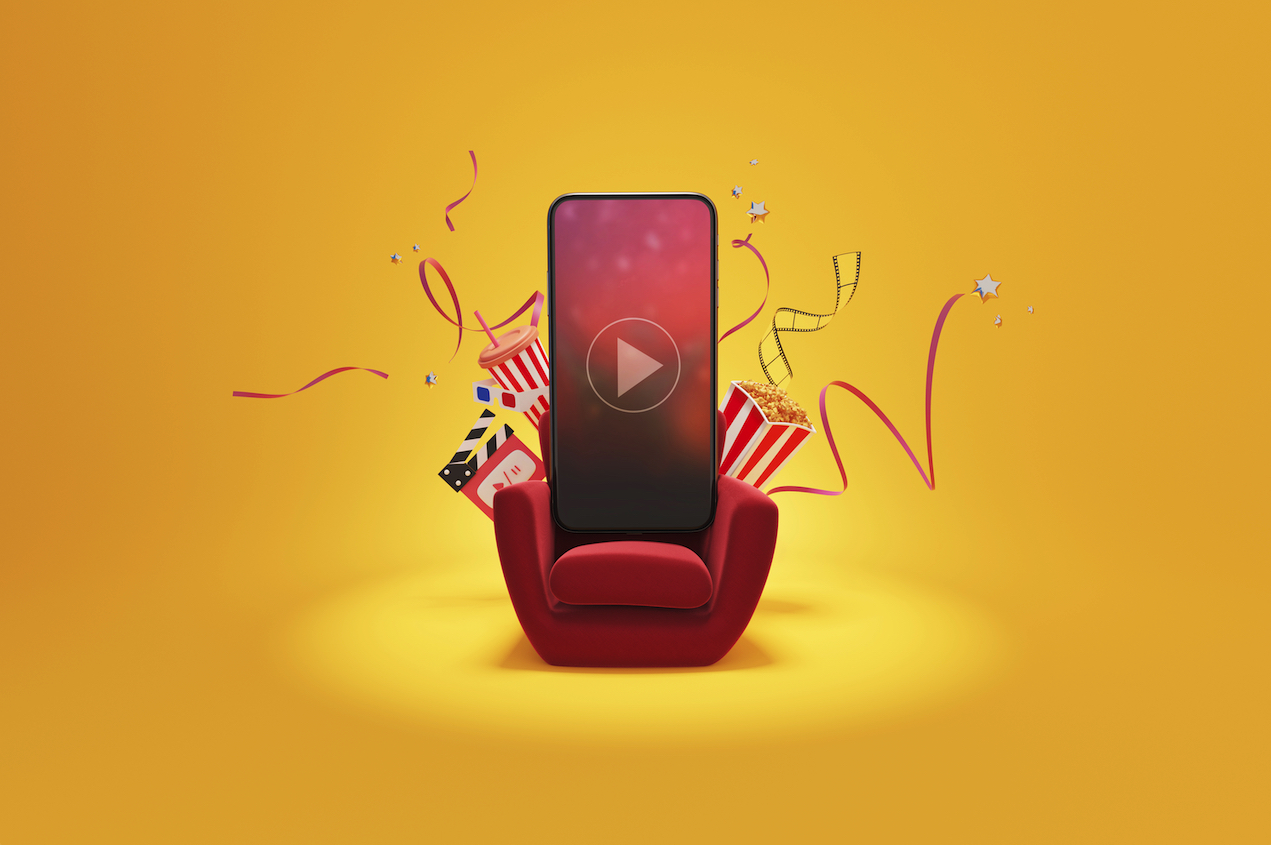 Spotify is the most installed entertainment app through the first half of 2022. We've also posted the overall download leaders for H1 2022. Spotify was #9 globally but did not break into the U.S. list. Even with Netflix's struggles, it's consistently being downloaded more than its competition, just not in its home market of the United States. If you're curious how things have progressed, you can check out the 2021 app download leaders. 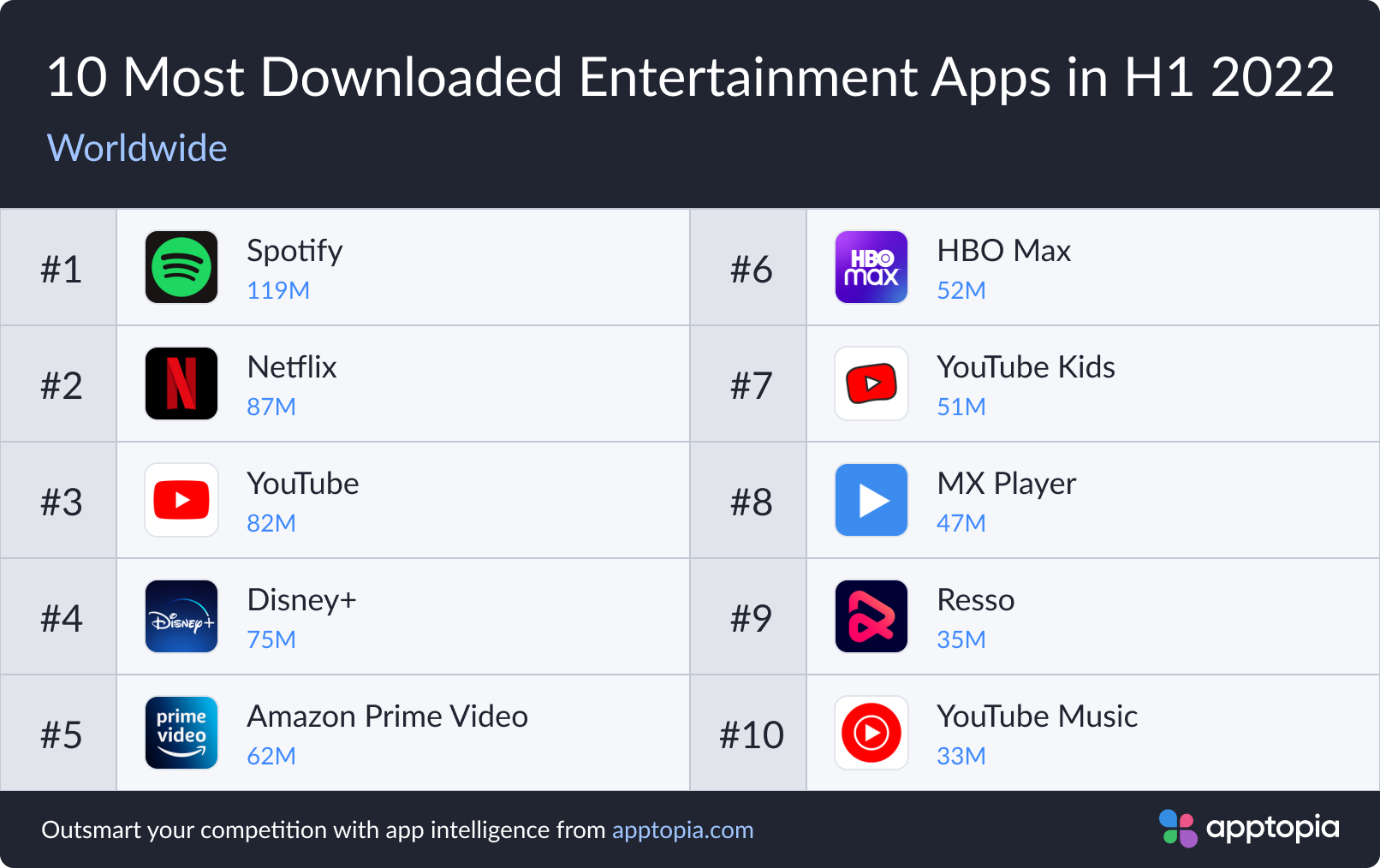 If we had included TikTok in the Entertainment category (which may happen moving forward), it would have led all apps both globally and in the United States. Six of the top downloaded apps listed above are streaming video while the remaining four are dedicated to streaming audio. Resso, owned by the deep-pocketed Bytedance, is only available in India, Brazil and Indonesia - markets where the music streaming business is competitive.

In the U.S. list below, Spotify is the only audio app. Because Apple Music comes pre-installed, Spotify is dominant when it comes to U.S. music app downloads. There is then a sizable drop off before Pandora and then an even steeper drop off until we reach other streaming music players. 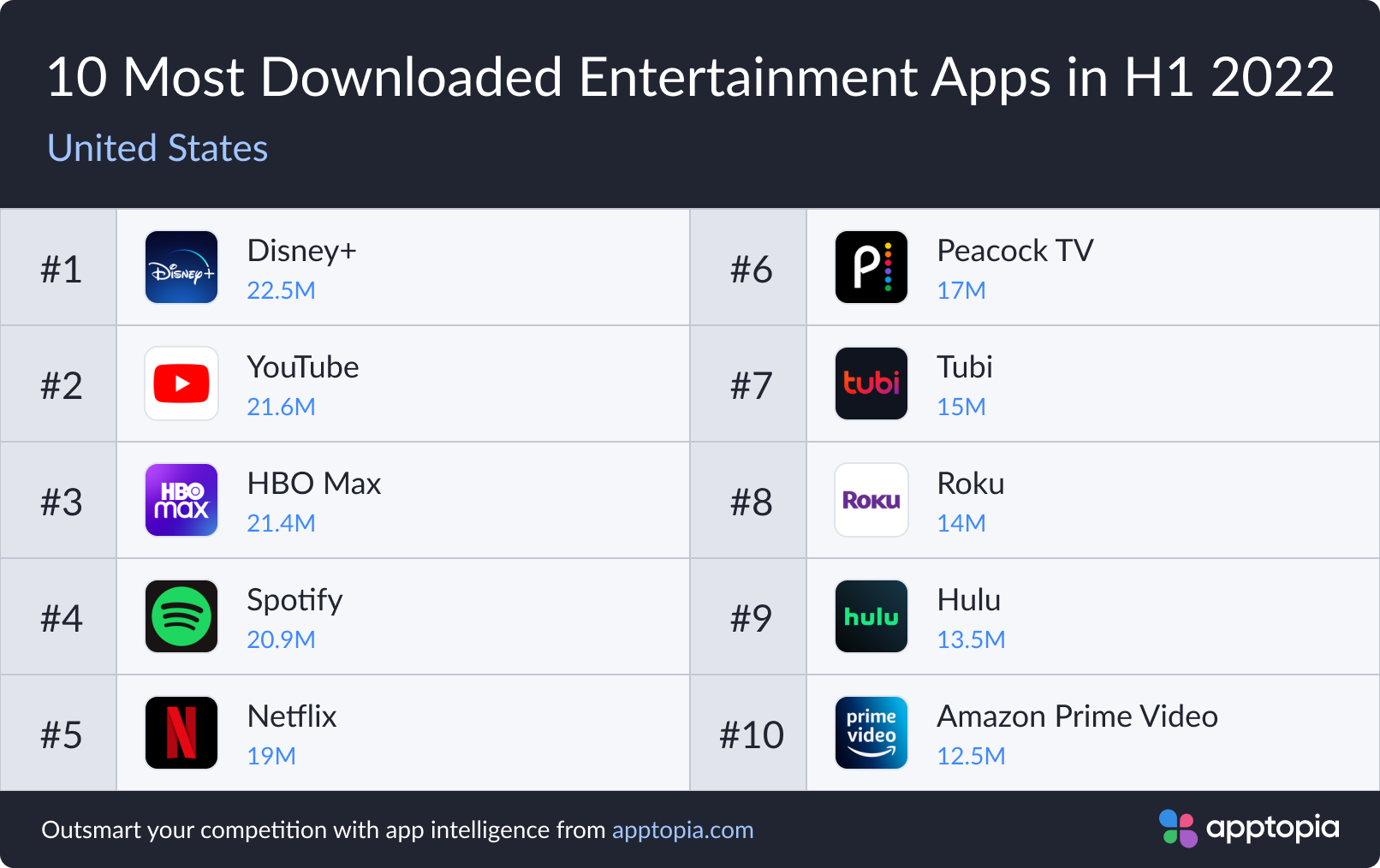 Tubi is the only app on the U.S. top chart to not offer a paid tier of service. Tubi, owned by Fox, generates revenue via advertising during its shows or when users switch channels. Besides being free, one of Tubi's draws is that it provides loads of anime content which Apptopia's review intelligence tells us is very much in demand. To get more data and insights on subscription streaming video, live-tv streaming, streaming sports and more, click the blue button below.