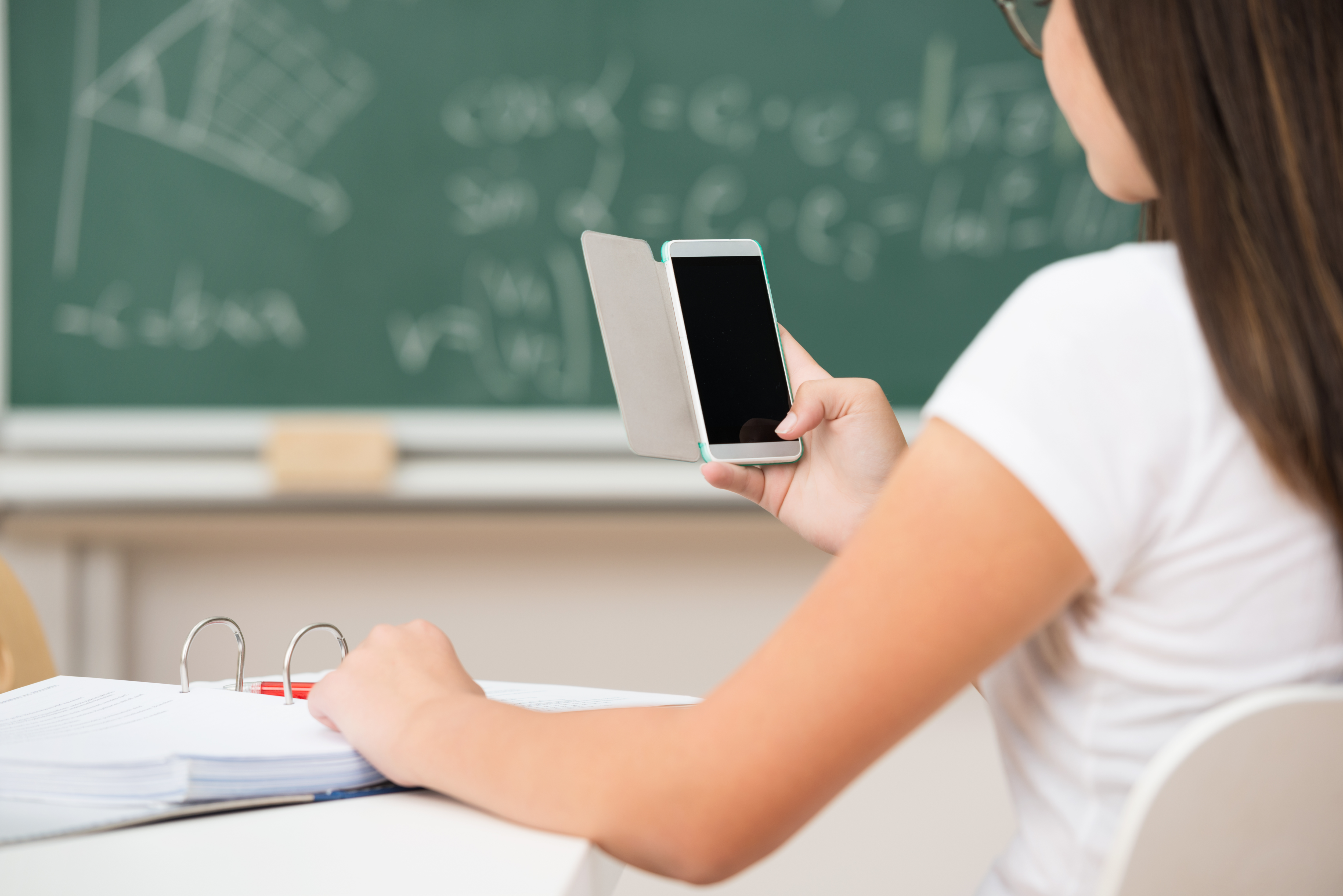 I remember in high school, teachers would tell us all to silence our phones and put them away. Mobile phones were a distraction from learning everything in the textbooks on our desks or on the whiteboard in front of them. Those were the days of flip phones, slider phones and maybe a few Blackberrys sprinkled in. 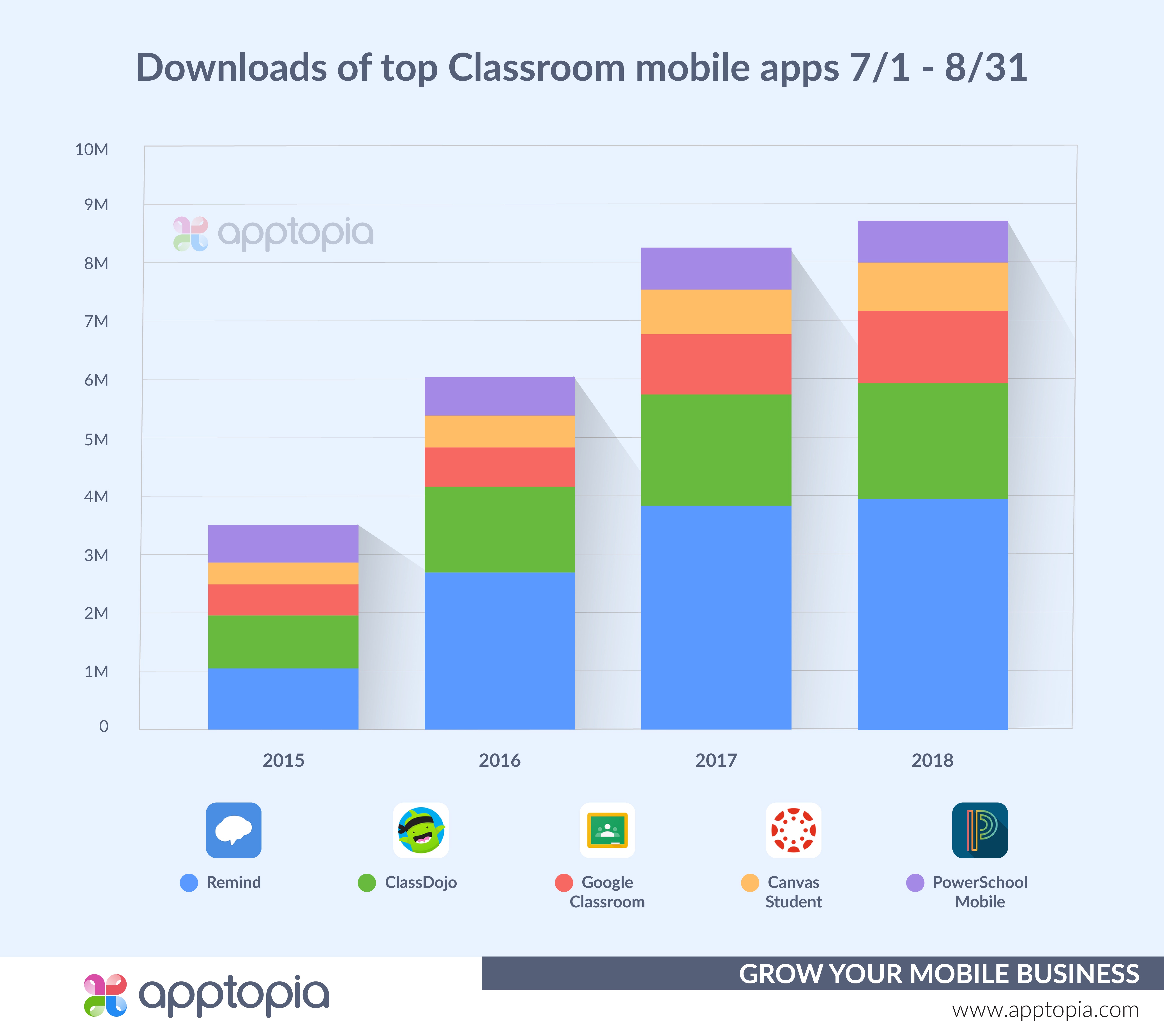 Today, the use of classroom mobile apps is growing. U.S. downloads of the top 5 classroom apps are up 194% since 2015. We looked at downloads during the crucial period of July 1st through August 31st. This covers the time period where teachers are downloading the apps in preparation for the school year and/or summer assignments, as well as students downloading for their summer assignments and start of the school year. Downloads will certainly continue to flow in through September and October but we find the bulk of downloads happens within this timeframe.

Remind: School Communication is the clear leader, averaging 183,000 downloads per day in the second half of August this year. With the exception of PowerSchool Mobile, each app has grown in new installs every year since 2015. PowerSchool Mobile’s app is a top 5 classroom app, outperforming others like Blackboard (which did not make our list), but its growth is essentially stagnant.

These apps are being used on smartphones and tablets alike, both inside and outside of the classroom for educational purposes. Apps in the chart above [Remind, ClassDojo, Google Classroom, Canvas Student, PowerSchool Mobile] serve several functions including communication. Teachers, parents and students can send and receive messages and attachments to each other. Teachers can also administer and collect homework and reminders through the app without having to request or divulge personal contact information. 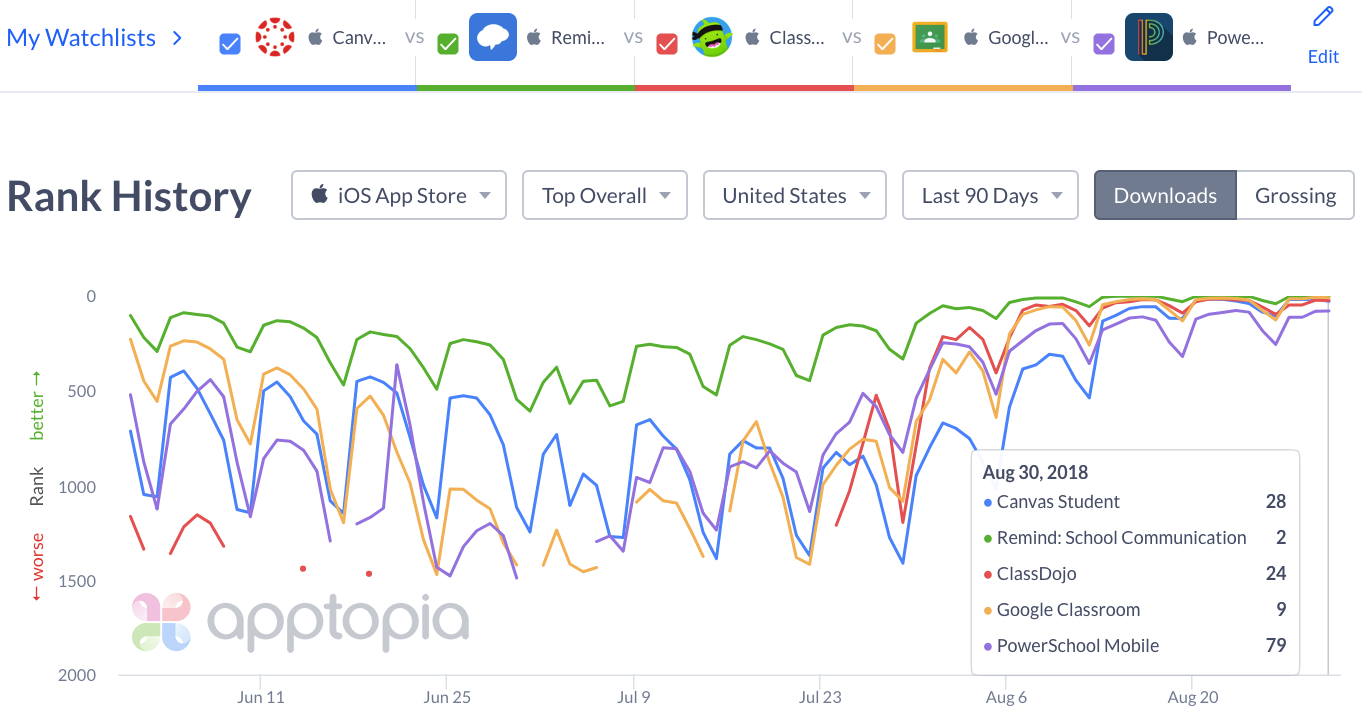