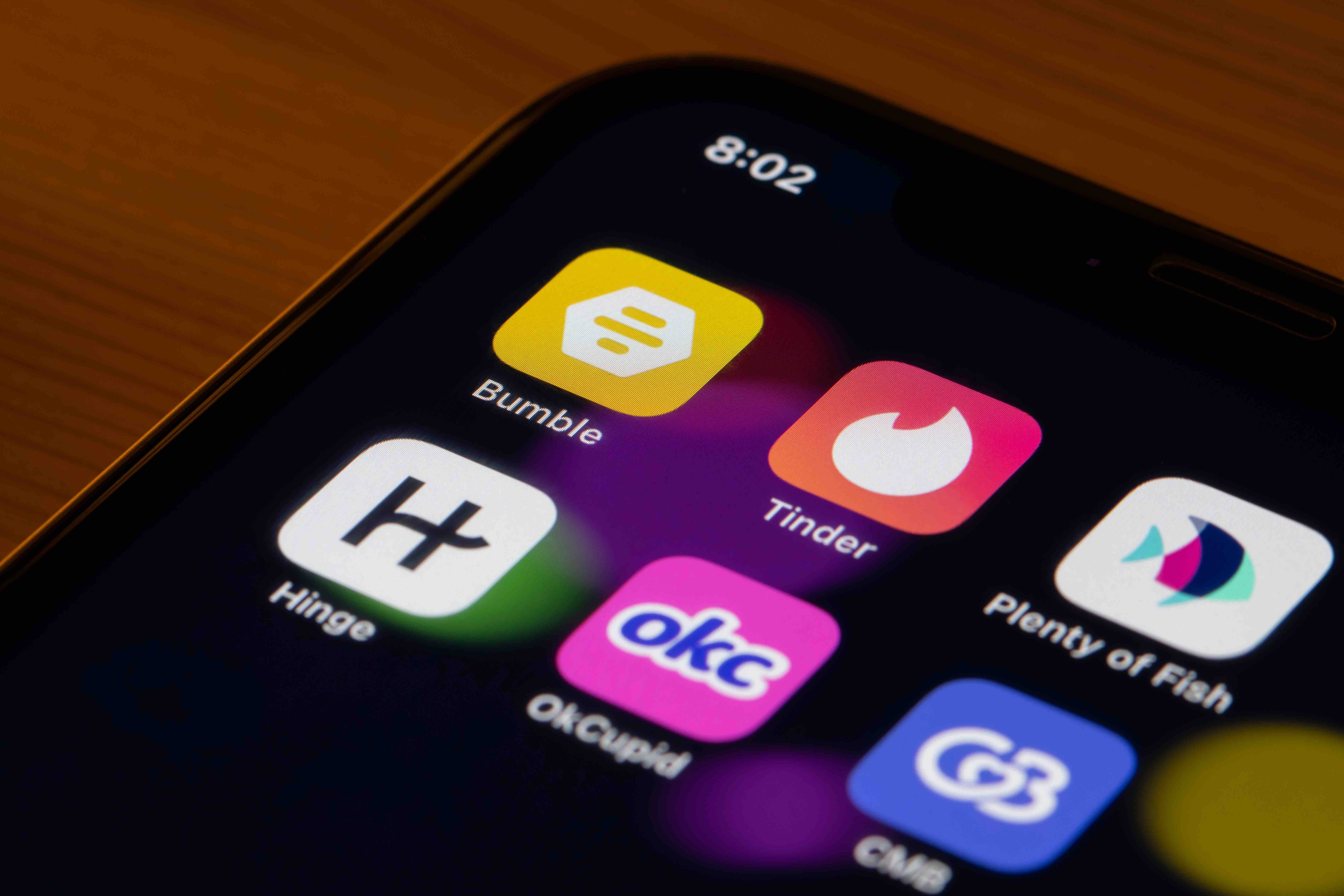 Right now, Apptopia estimates there are more people using dating apps than ever before. While downloads of the top 50 dating apps are relatively flat year-over-year for the month of July, daily active users (DAU) are up. 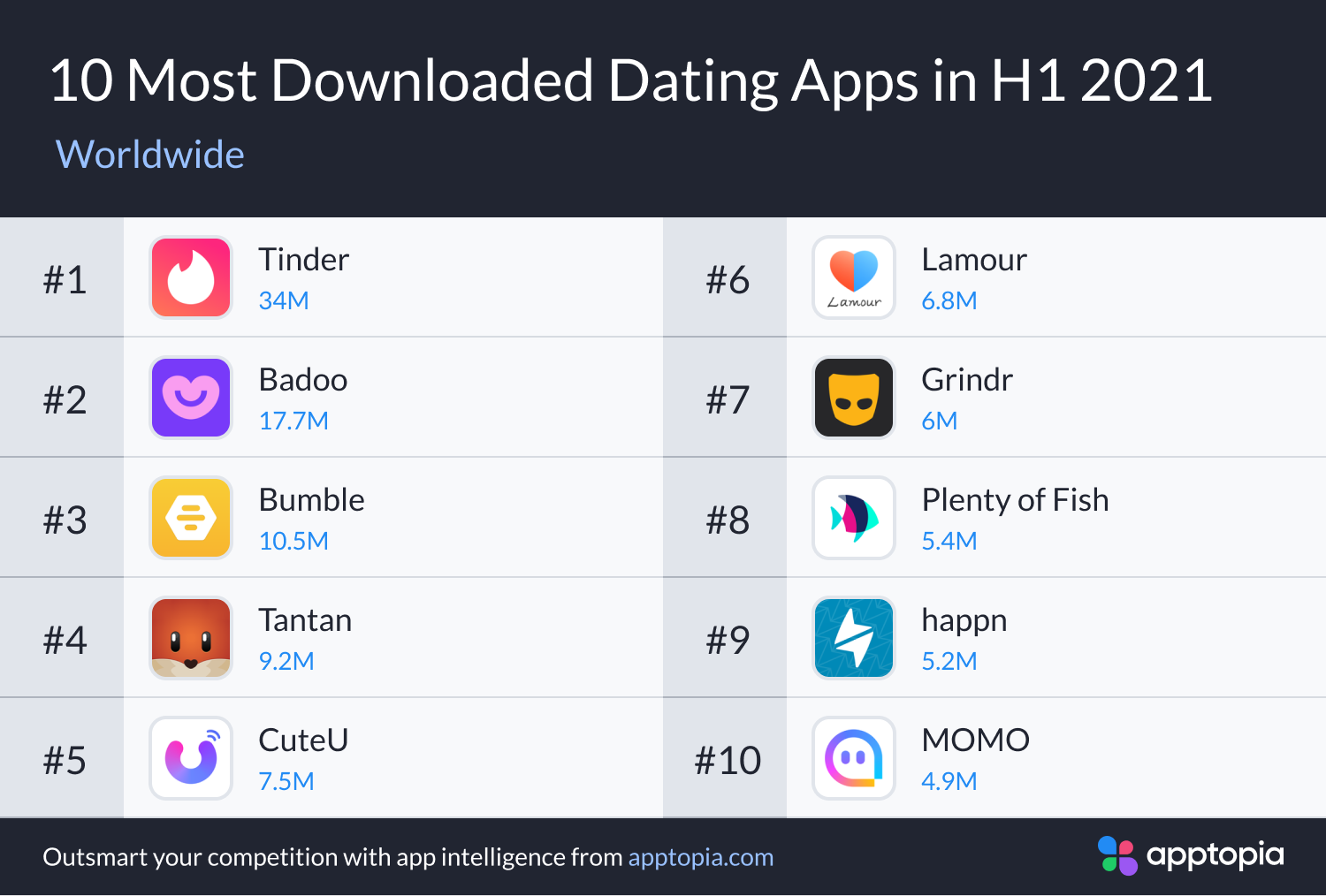 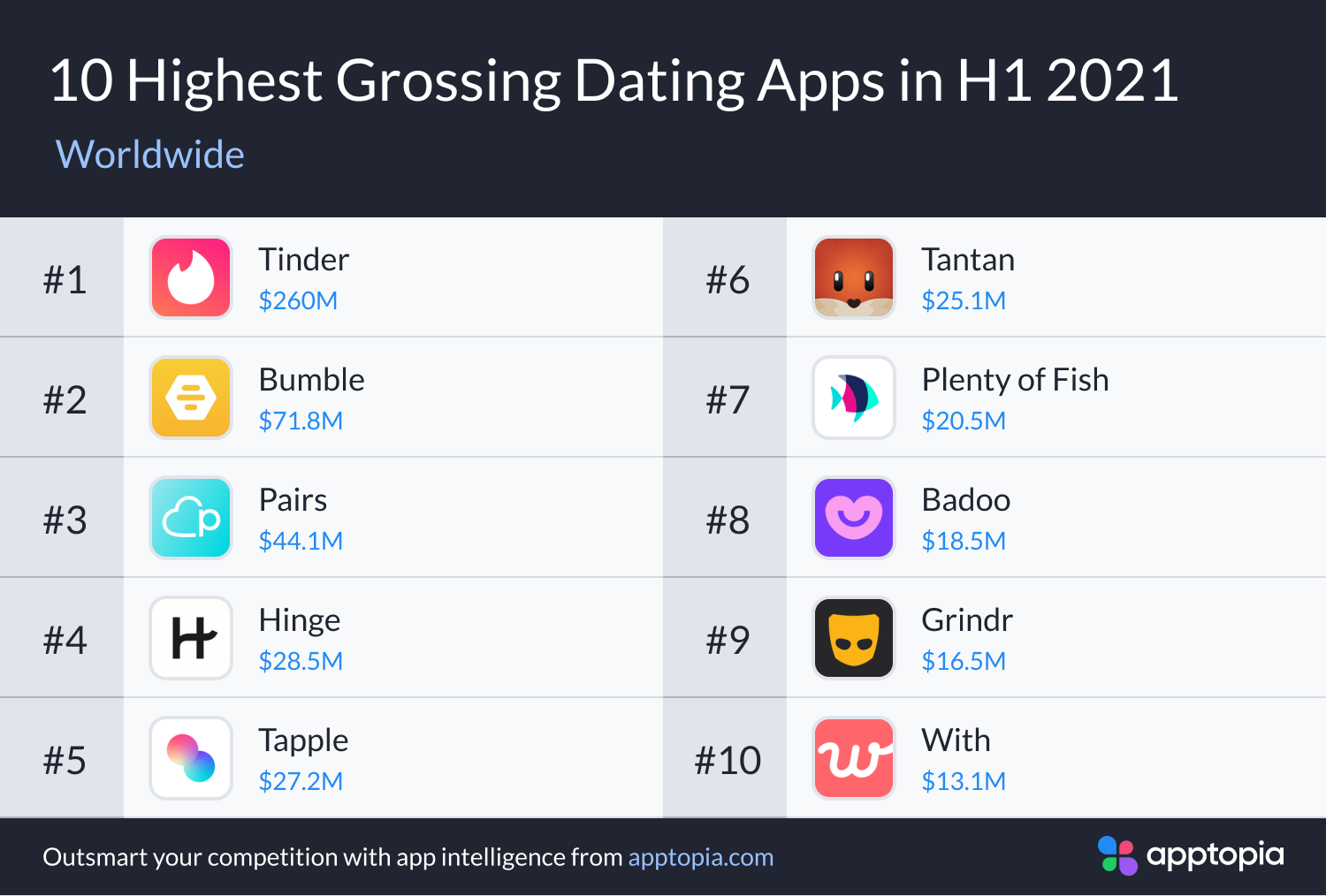 Match Group owns two of the most downloaded apps and four of the highest grossing apps. Bumble and Badoo both made both top charts and are operated by the same company in MagicLab.

As you can see, to show up on the most downloaded or highest grossing chart, the app needs to be popular in at least one country with a very large population. That country also needs to have widespread penetration of internet connected mobile devices. For example, Nigeria is one of the most populated countries in the world but only about 40% of the people living there have a connected mobile device.

Top dating apps in the United States for H1 2021 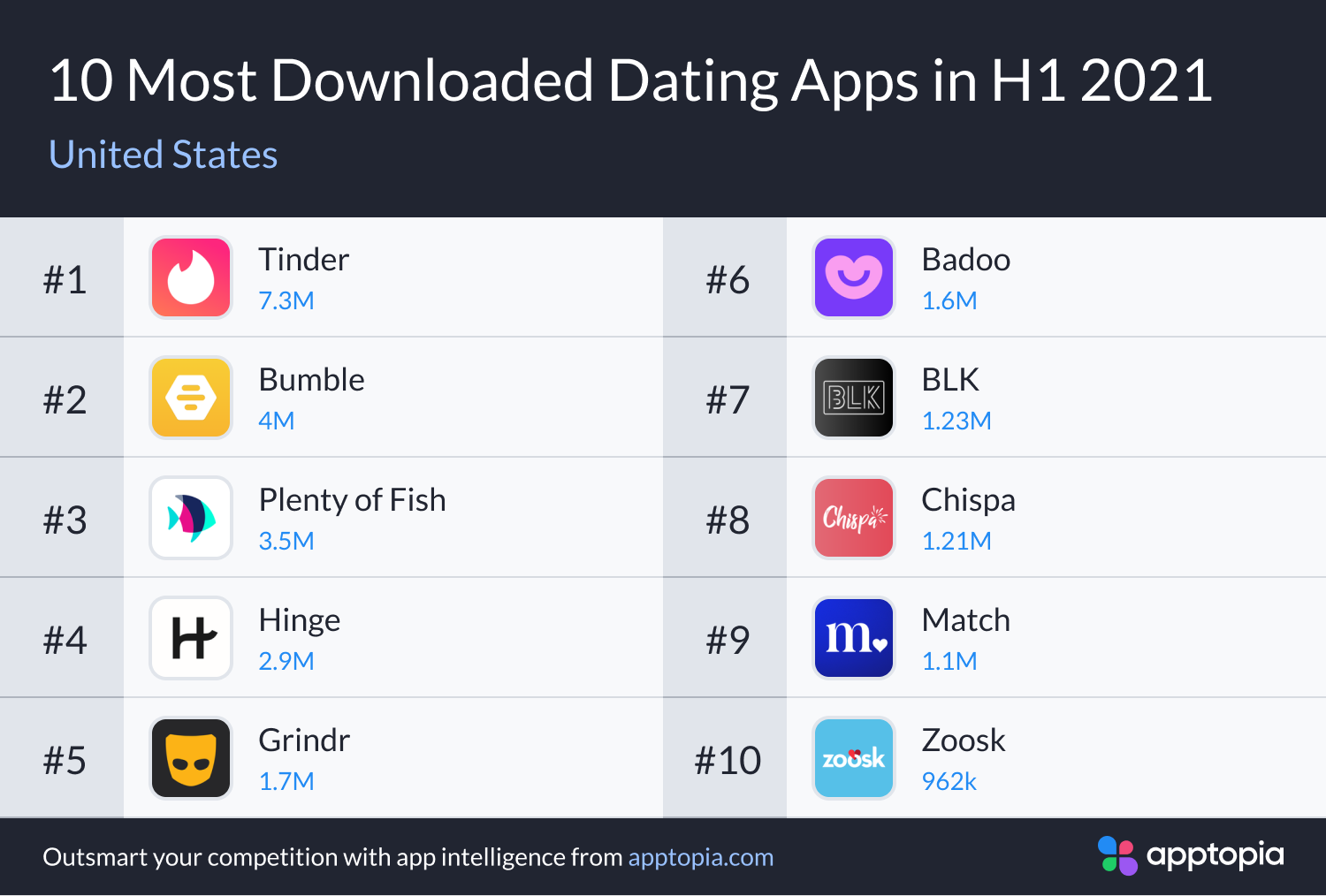 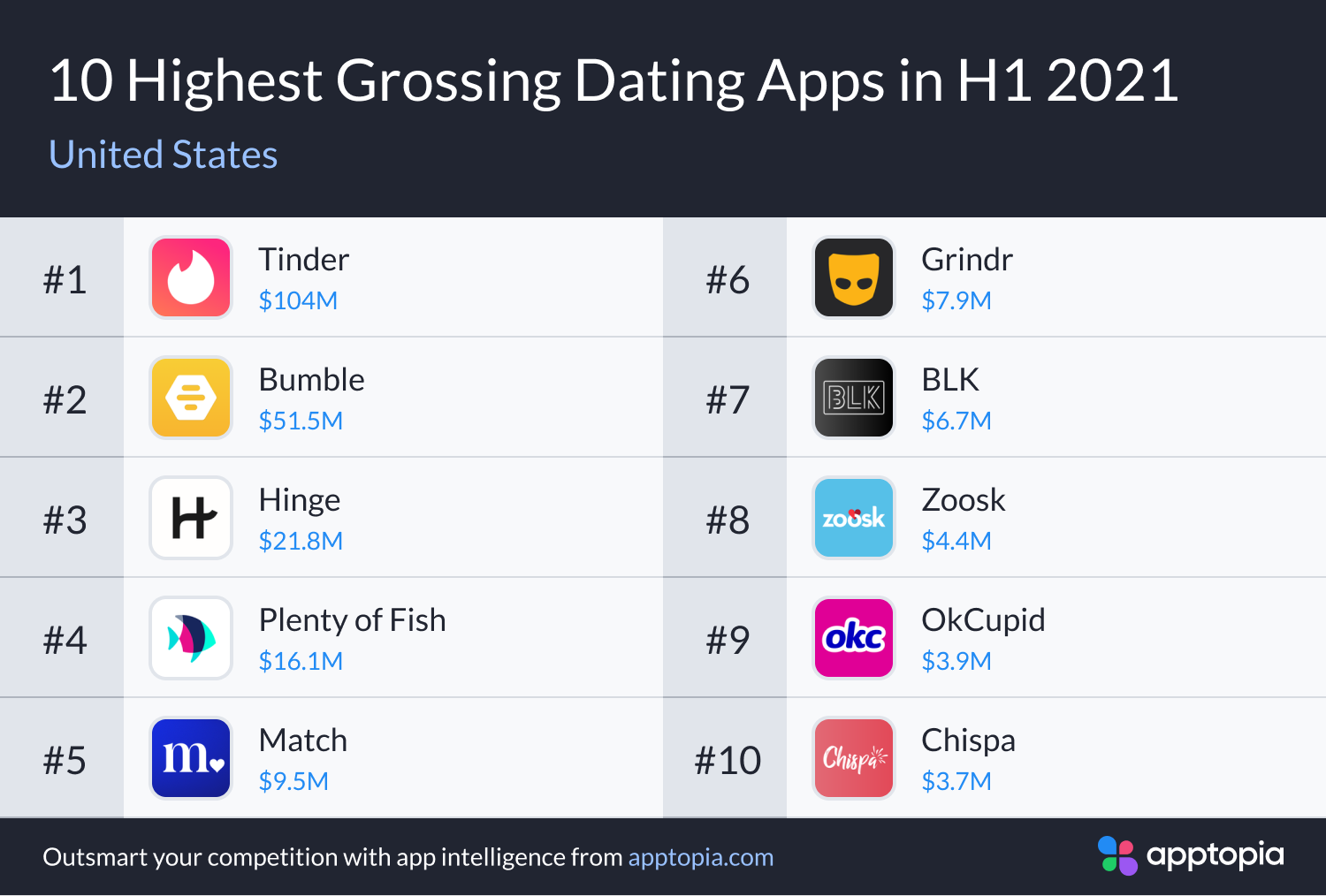 Globally and in the US, Tinder is in a league of its own. When it comes to both downloads and IAP revenue, its metrics are often greater than the next best performing app by 100% or more. Match Group, which owns Tinder, is strongest in the US where it owns six of the most downloaded apps and seven of the highest grossing ones.

Given the lack of access to iOS users’ unique identifiers these days, Match Group’s grip on the market could grow even stronger as it benefits from the total number of users across its portfolio via the IDFV, or vendor identifier. This enables Match to run cross-promotional iOS campaigns which include those users who select to limit ad tracking. The IDFV can provide its marketers with more accurate attribution data for iOS campaigns than marketers of a publisher with a smaller user base would have.

Niche or targeted or tailored dating apps have been popping up all over the place. These apps are where users can expect all the other users to have some specific shared interest and/or lifestyle. For example, Bristlr is targeted at people who like dating people with beards.  Loosid is a dating app for those who do not drink.

We built out a market of the largest niche dating apps and found that July was a big month for them as well. We estimated record numbers for user sessions and IAP revenue, growing at 11.3% and 20.6% YoY, respectively.

The growth is slow but steady. You wouldn't expect any of these to take off like gangbusters because by its very purpose, it is targeting a smaller market. By design, they do not have mass appeal. Match Group already have a lot of mass-appeal apps and has branched into niche apps by way of BLK and Chispa. BLK is marketed towards Black singles and Chispa is marketed towards Latino singles. 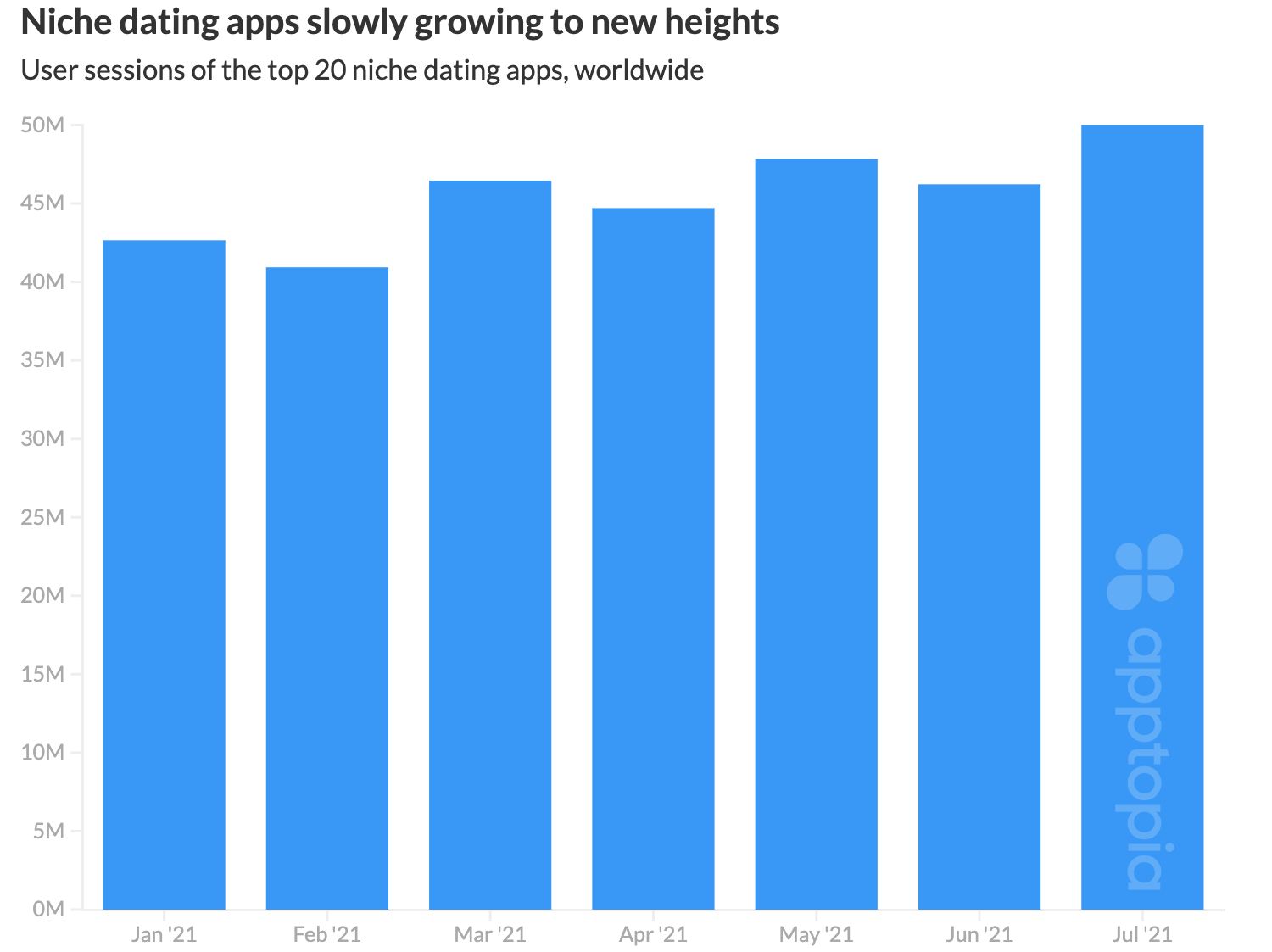 Raya is the only app below without a descriptor in its title. The app is meant to be exclusive and only for the rich/elite which is why it's funny that it made a fastest growing list. My colleague, Madeline Lenahan, has a hypothesis that TikTok influencers and others of the like are growing in numbers and being accepted to the app.

Do you work for a dating app with specific competitors? Maybe you just want to keep an eye on a certain set of dating apps. Click the button below to get a custom analysis for free.