The top 10 quick-service restaurant apps in the U.S. were downloaded 9.95 million times in April, 4.75 percent more than those the month prior. Year-over-year in the month of April, downloads of the top 36 quick-service apps are up 20.9 percent. A download represents a new user and the first conversion on the mobile app customer’s journey. 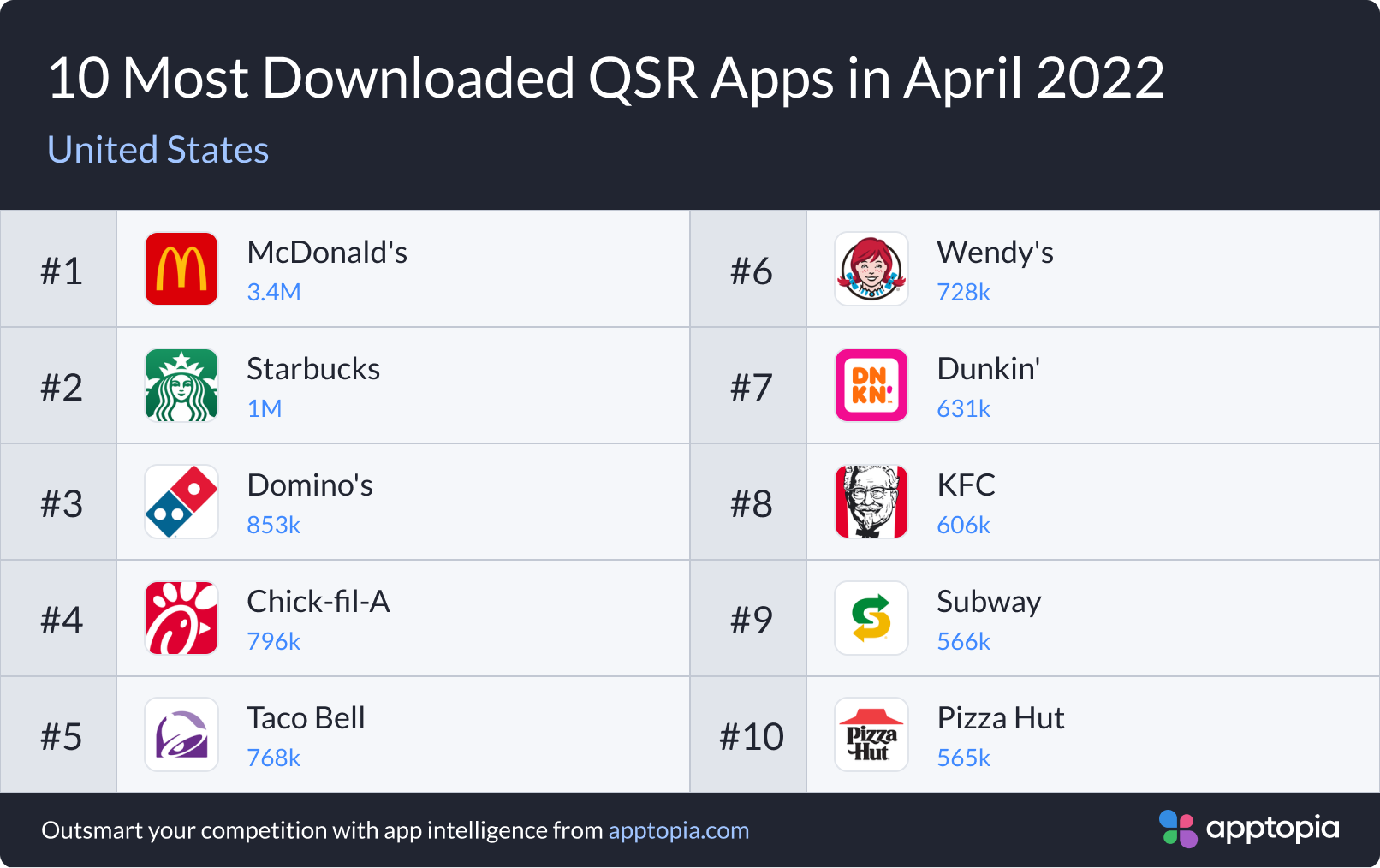 The biggest mover from a ranking perspective is KFC, moving up eight spots from No. 16 last month into the No. 8 spot this month. Dunkin’ moved up two spots while Wendy’s and Pizza Hut both dropped three spots while remaining in the top 10 chart. KFC got unique with a tax day deal where people could get a free chicken sandwich with a purchase of at least $12 through the KFC mobile app. However, what likely resulted in the big boost was starting its Mother’s Day promotion early. Collaborating with Proflowers, the fried chicken chain offered a DIY floral arrangement that, once assembled, is part fried chicken, part fresh flowers. It could only be ordered online or via the mobile app which resulted in KFC increasing installs 65 percent month-over-month.

In other restaurant news, Panera Bread updated its drink subscription. Back in late February 2020, Panera released an $8.99/month coffee subscription which gave customers unlimited coffee for less than $10/month. This was a valuable deal but it was met with bad timing as COVID-19 was starting to spread significantly. Now, with better timing, Panera rebranded to the Unlimited Sip Club. Its two main differences are that the subscription covers any beverage and it now costs $10.99/month. The name is also better because it ditches the word "subscription" (potential fatigue) and entices with the word "unlimited." This drove more new installs than its original coffee subscription launch and it has boosted engagement. The Panera app has been hitting new records for daily active users almost every day since the launch of Unlimited Sip Club. 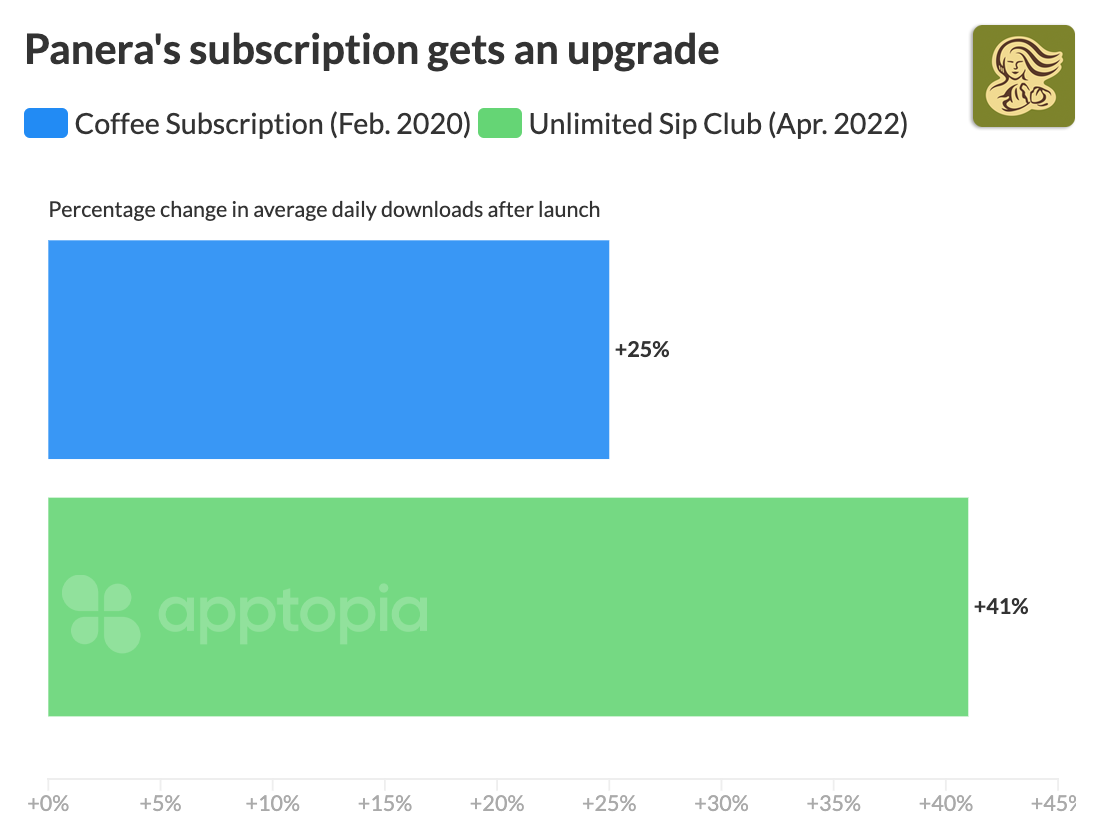 A really interesting story from last month is Jack in the Box. From analyzing the top 36 U.S. quick-service restaurant market, it was Jack in the Box that led the way with new install growth, at 50.4 percent month-over-month. This was due to free publicity from singer Selena Gomez talking about her recent order in light of people commenting on her appearance and weight. In a show of support, it looks like fans took to the app to order what Selena did, guilt free.

McDonald’s had a big month as well, drawing the second most downloads (3.43 million) it has ever had in a month in the U.S. Its record month is still October 2018 (4.46 million) when the franchise launched its Halloween instant win game. Bringing back the McRib didn’t hurt, either. Last month, McDonald’s incentivized data collection. For one day only, it offered six McNuggets for $1 for people taking its “McNuggets personality quiz,” only available in the app. This not only attracts more people to the app but it enables the company to better understand how its customers like to enjoy their nuggets and what sauces are most loved. Speaking of sauces, the brand also released its Szechuan sauce as an app exclusive for a limited time.

Continuing on with happenings in April, Burger King had a savory announcement in an attempt to get more people into its rewards program. Through June 20, members can add free fries of any size to any purchase, once a week, for the rest of 2022. Upon reading this news, I assumed we’d be looking at a big month for the app’s user acquisition because everyone loves free fries! However, when reviewing the marketing material, there was no clear call to action to become a rewards member via the Burger King app. Apptopia data saw no notable increase and it makes me wonder if the king of burgers missed out on a whopper of new app users once again.