Top QSR apps in the U.S. for February 2022 by Downloads 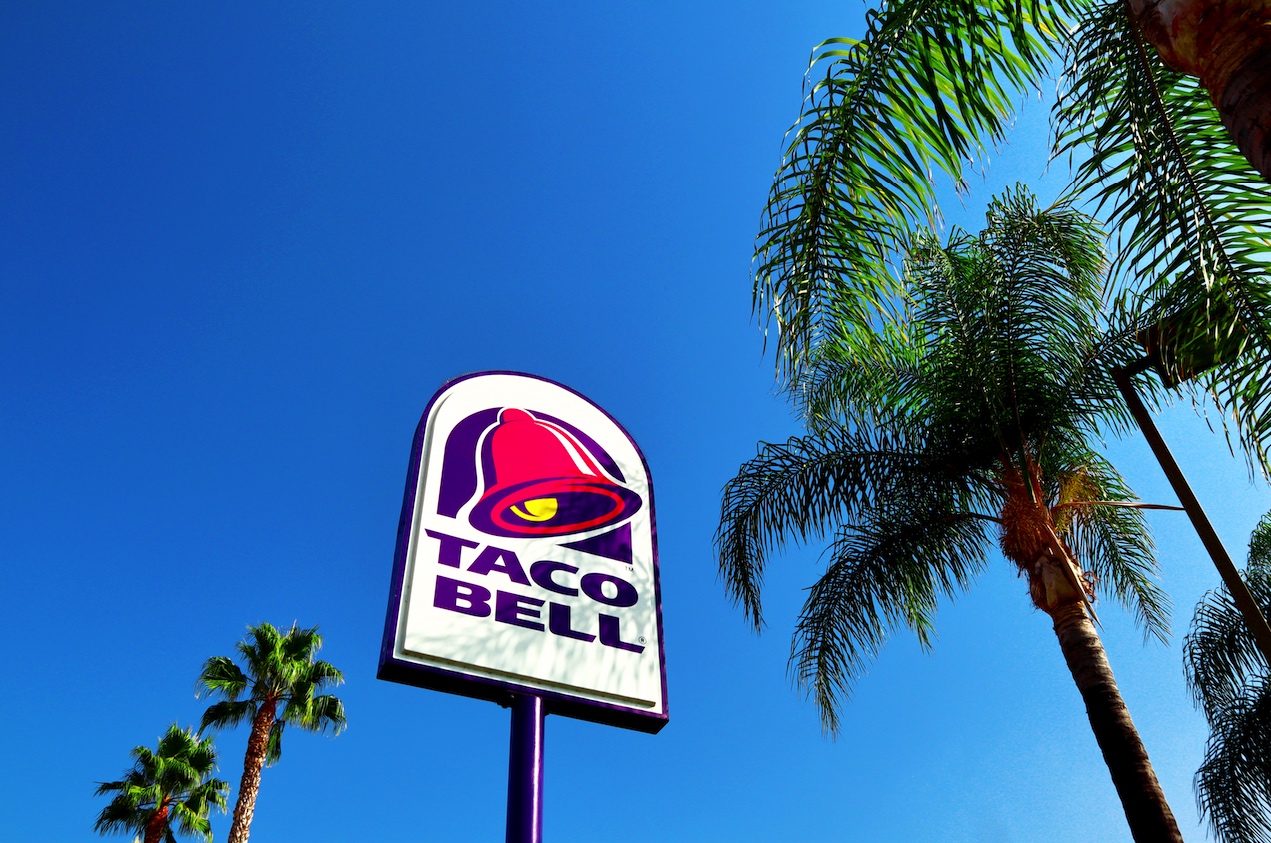 The top 10 quick-service restaurant apps in the U.S. in February were downloaded 7.8 million times, 21.7 percent less than those the month prior. This is a big drop, but it’s a seasonal one. December, and Q4 in general, tend to be the strongest time for QSR app activity. Adjusting for seasonality and looking at year-over-year data, downloads for top QSR apps in February are up 13% as customers become more mobile savvy and brands invest more heavily in digital real estate. 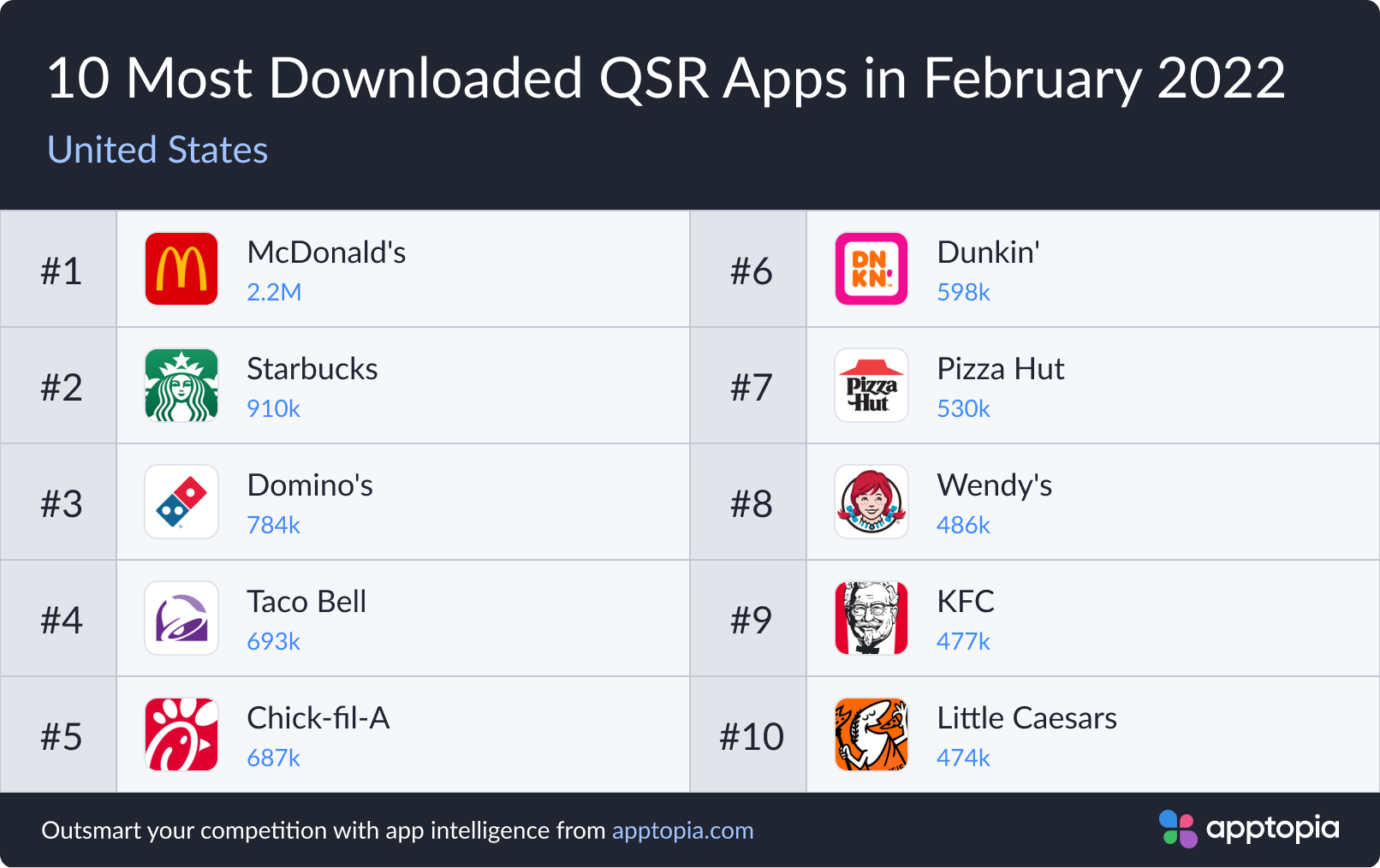 Taco Bell held down the fourth spot even while its downloads fell 16.7% month-over-month. It wasn’t due to anything poor the company did in February but it instead had a good January due to its Taco Lovers subscription promotion. The subscription provides buyers with a Taco Lover's Pass which allows rewards members to redeem one taco per day for 30 straight days. The cost is $10 per month. It’s a good deal for the chain because it incentivizes coming to the restaurant every day where people will typically buy more food than the single taco. And if they miss a day, that works for the company’s bottom line as well. 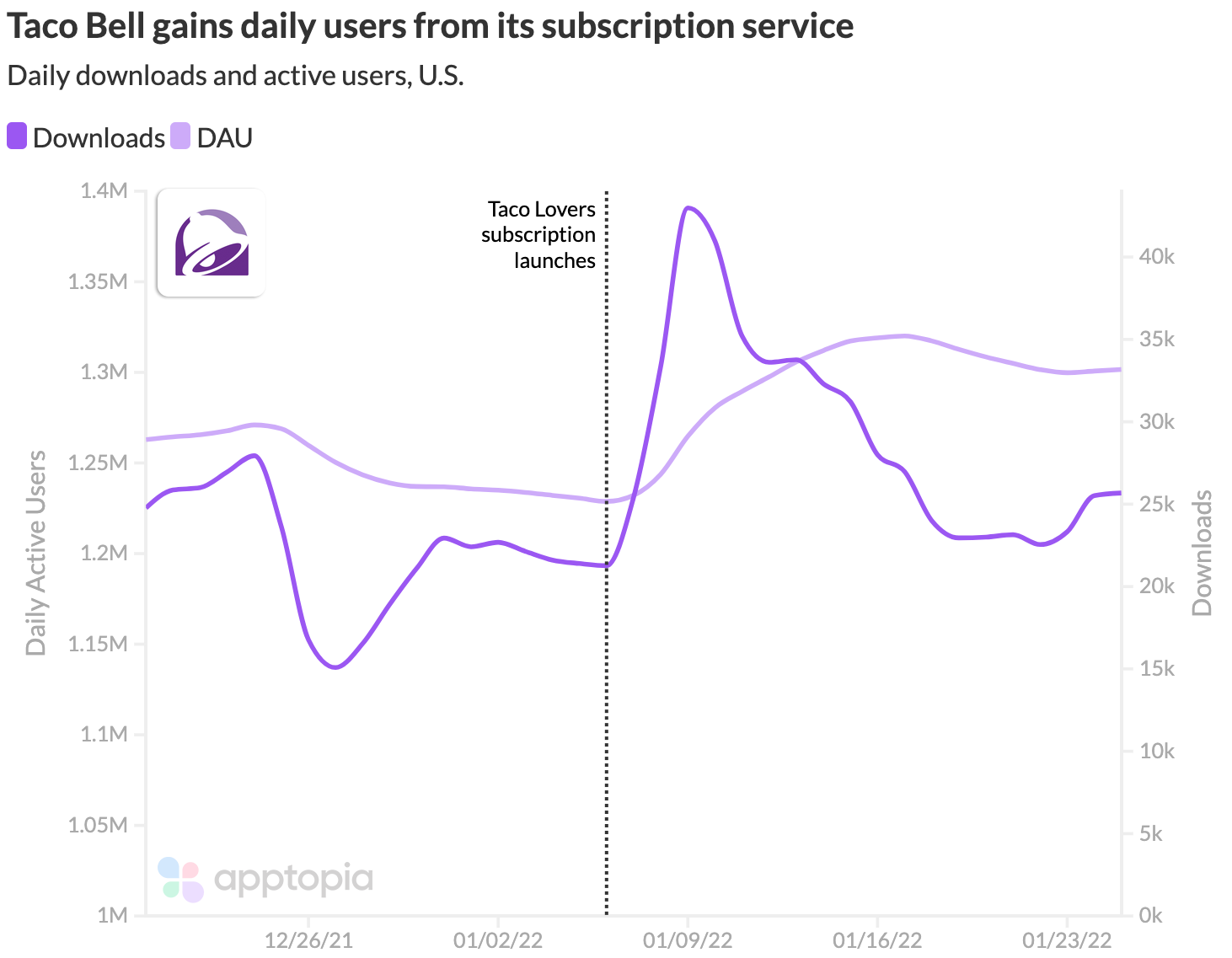 While the chart only reads until late January, Apptopia is estimating that Taco Bell is currently averaging about 100,000 more daily active app users than it had been before the subscription launch.

Only three of the top 36 QSR apps in the U.S. experienced month-over-month growth from January to February: Shake Shack, Dairy Queen and Moe Rewards, at 30.8%, 30.5% and 7.1%, respectively. Shake Shack endeavored on a collaboration with DoorDash, creating a dating app, Eat Cute, for users to be matched based on their favorite type of chicken sandwich. If a match was made, they were provided a code to order a free chicken sandwich via DoorDash. Those using the app were also entered to win a $5,000 gift card.

Dairy Queen also benefited from a Valentine’s Day promotion, releasing a limited run of its red velvet cake Blizzard. No specific benefit to app users was mentioned which means people naturally turned to mobile for their ordering when a delicious item came back to the menu. Moe’s Southwest Grill offered $5 off a Meal Kit for the Super Bowl, which led to a modest bump in downloads and users.