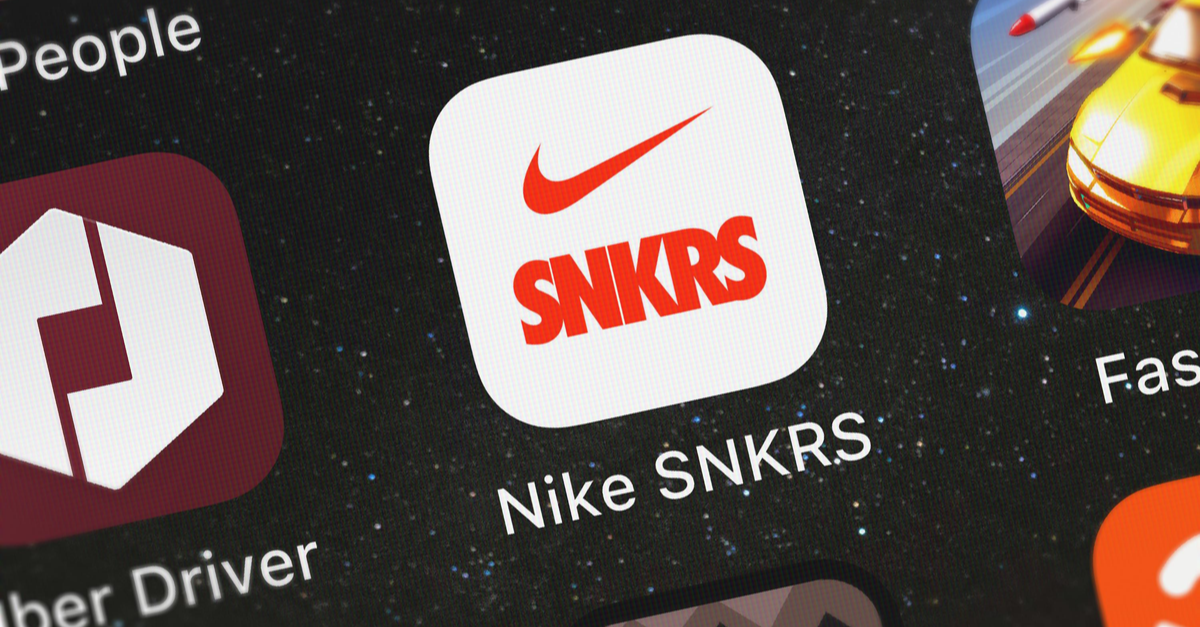 Most people have altered their shopping habits over the past two years. We've seen a rise in budget-friendly shopping, with wholesale and 'buy now, pay later' apps achieving new heights. At the same time, we've watched niche fashion communities, like sneakerheads, become more active than ever, despite rising costs of merchandise.

How could an expensive good, like limited edition sneakers, rise in popularity while most people tighten their budgets? Likely because sneaker apps offer more than just a new pair of shoes to consumers. They offer a hobby, a sense of community, and a connection to big-name celebrities, like Travis Scott and Kanye West.

As sneaker culture has grown, more and more sneaker-specific retail apps have entered the market. The top 10 players in the world are listed below. In H1 2021, these apps increased total sessions +22% YoY,  daily active users (DAU) +20% YoY, and downloads +6% YoY.

In retail, app sessions often positively correlate with sales. The more time someone spends in an app, the more likely they are to make a purchase. With a +20% YoY increase in app sessions, these sneaker apps likely had a good first half of the year. 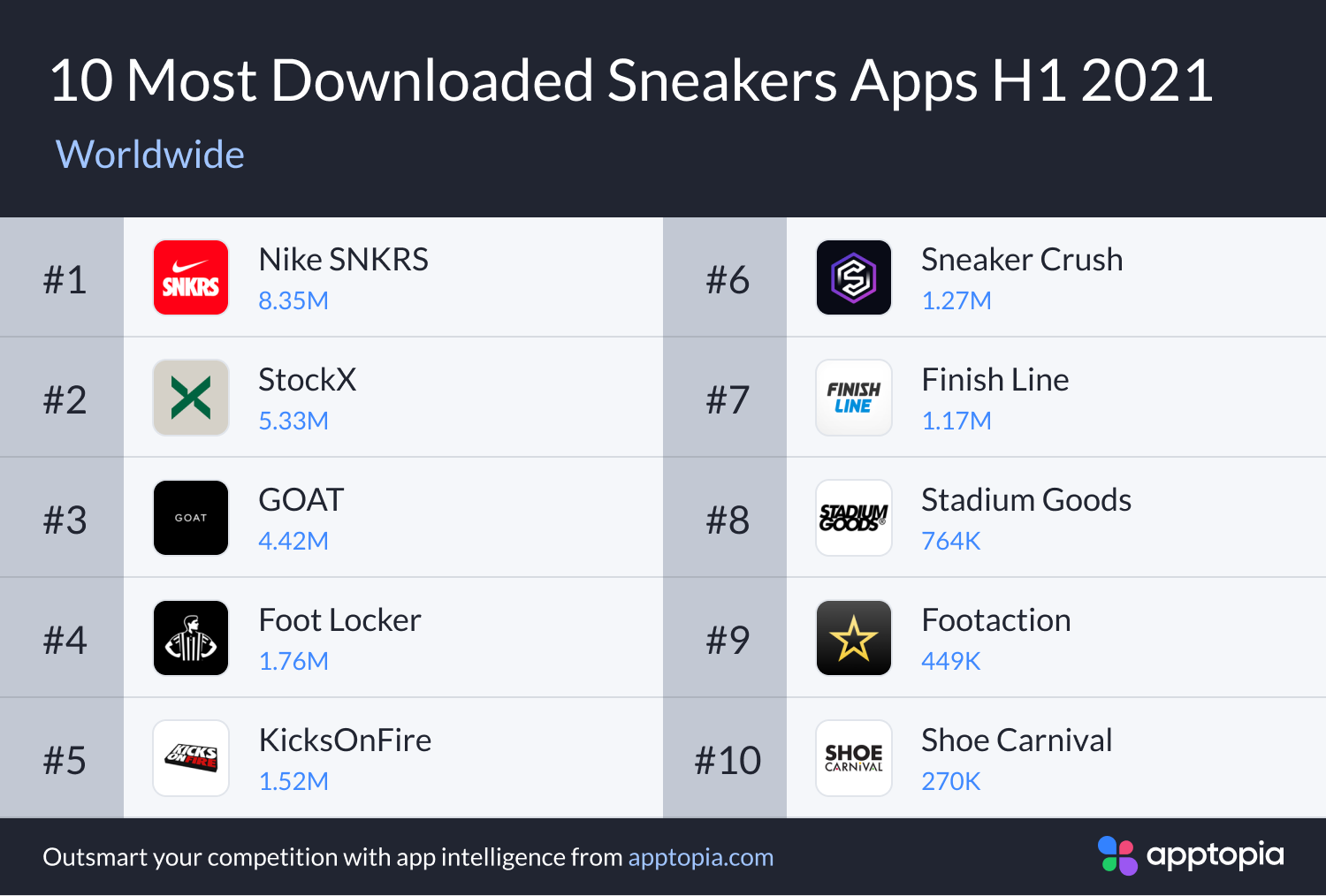 The US list looks very similar to the worldwide list. Though, it provides insight into how much of the sneakerhead community is based in the US. For Nike SNKRS, 35.6% of its H1 2021 downloads came from the US. 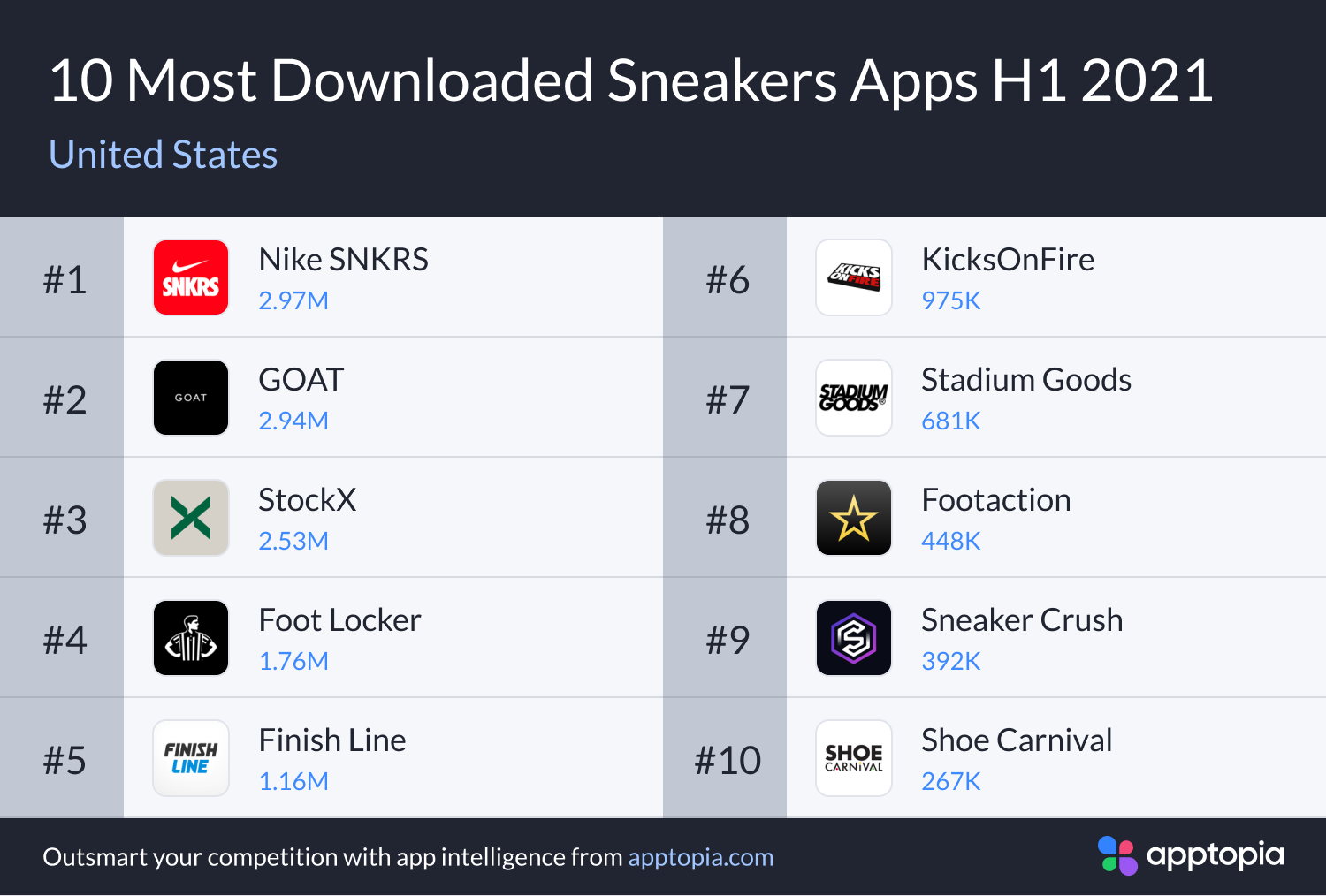 Not only was Nike SNKRS the most downloaded app of the market in the first half of the year, it recently hit a new milestone. In the first week of August, the app achieved 50 million lifetime downloads. This happened around the same time that rapper Travis Scott released a new shoe, likely helping the app cross the 50M line.

Nike SNKRS is the first sneaker app to pass the 50M mark, but GOAT is not far behind with 49M lifetime downloads. For more context, both Nike and GOAT launched in 2015. StockX, in third place, actually launched one year earlier in 2014. 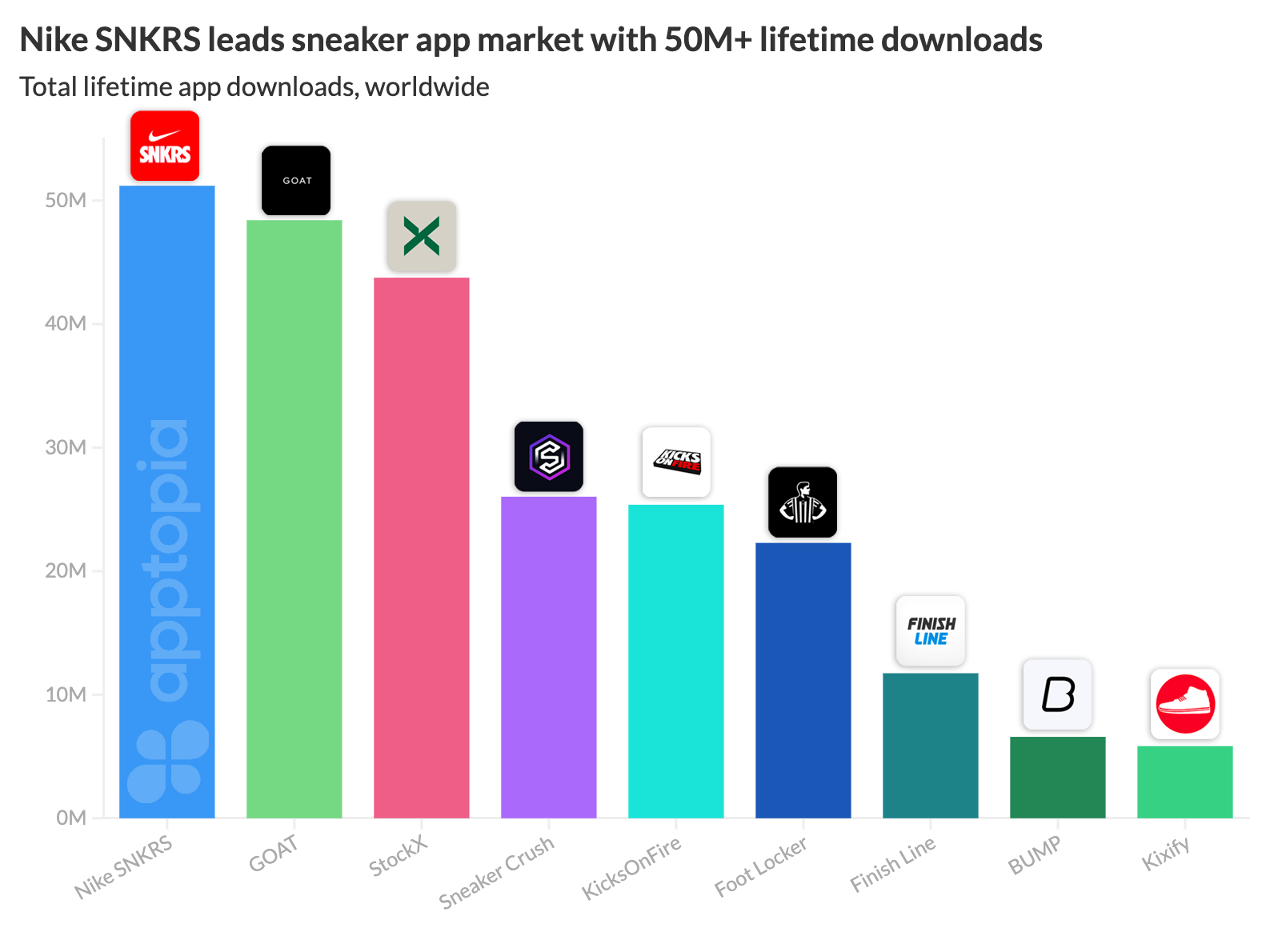 Looking at monthly active users (MAU), Nike SNKRS once again beats out the competition, having grown MAU +96% YoY. As the largest household name of the group, with plenty of marketing power, it's unsurprising that Nike SNKRS is the fastest-growing— still, a two-fold increase is impressive. Right behind it is Footaction, a significantly smaller app, which launched in 2016, and is owned by Foot Locker.

With plenty of upcoming shoe releases, we'll be keeping a close eye on this market. If you're a sneakerhead yourself, follow along with us by creating a free market intelligence report on five sneaker apps of your choosing. Or, click the button below to check out our most recent shopping report with SEMrush.

The state of digital shopping by SEMrush and Apptopia