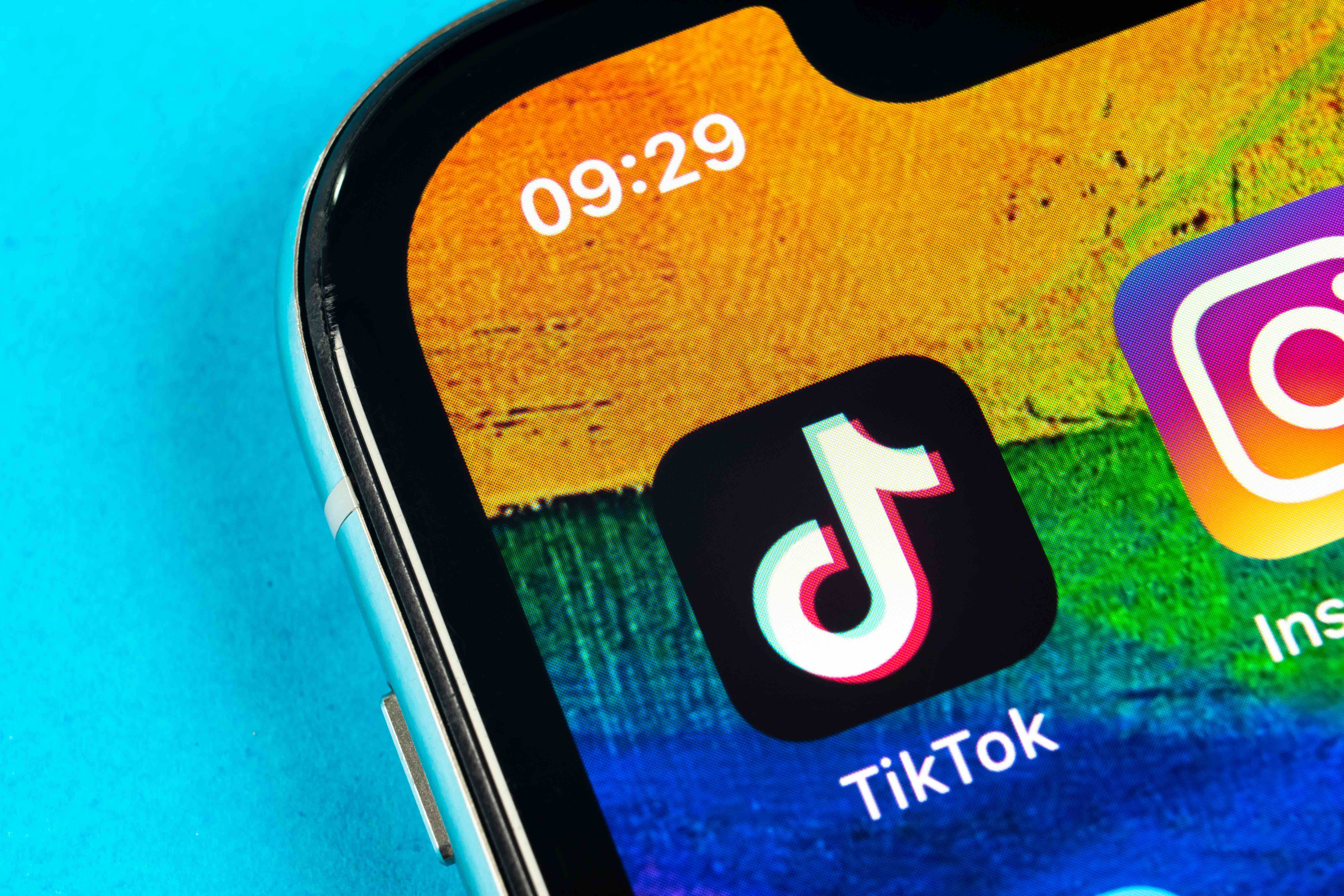 TikTok's time spent in-app is catching up to Snapchat. However, both are still significantly below that of Instagram. TikTok fell short of Snapchat by about 229 million hours, but as you can see from the charts below, TikTok is the fastest growing in this area.

Due to the pandemic, we're forced to spend time apart from each other, but it's clear we still want to stay connected with friends and family. That, plus we just have more time to scroll.

Facebook, WhatsApp, Messenger, Instagram, TikTok, Snapchat and Twitter all broke their respective records for time spent in-app, globally, in March 2020. In case you're wondering, Pinterest did not. These apps are on pace to have a strong April as well, but not surpass the numbers they did in March.

This data does not include any "lite" versions, nor does it include Android data from China. 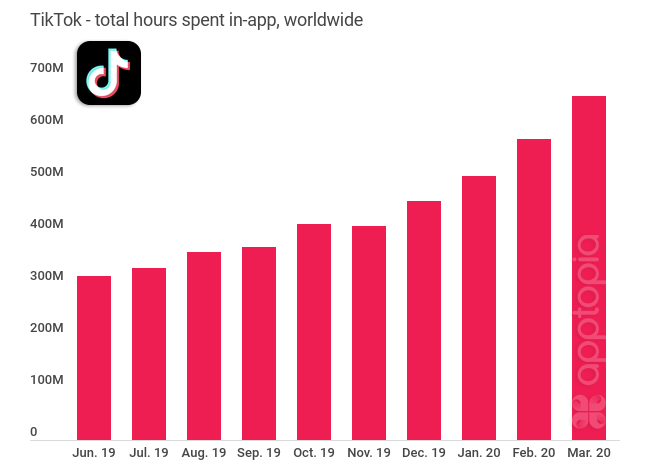 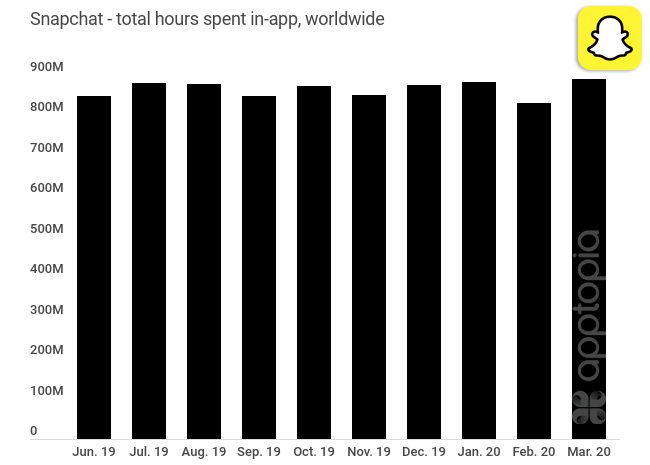 Get data like this sent straight to your inbox 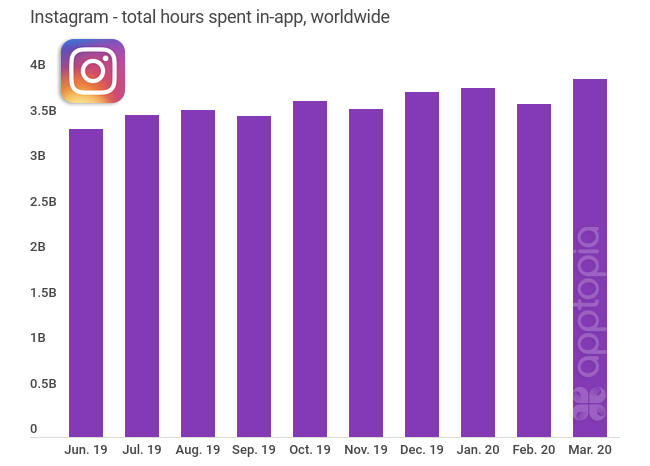 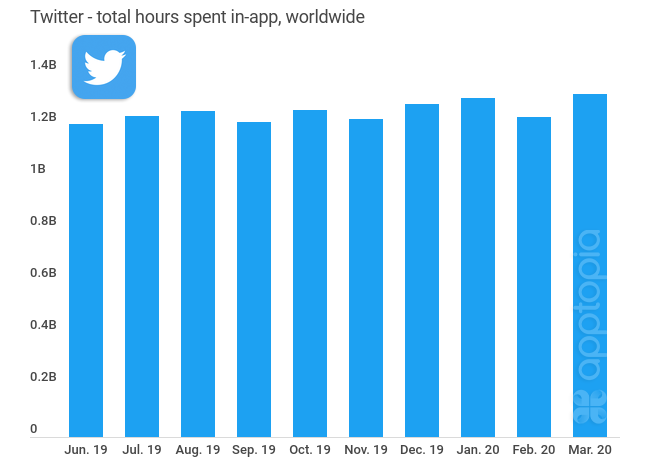 The increased time spent in-app is not likely from an influx of new users. In fact, we see combined downloads of these social apps trending downward the past few months. The existing user bases for these apps simply have more time on their hands. 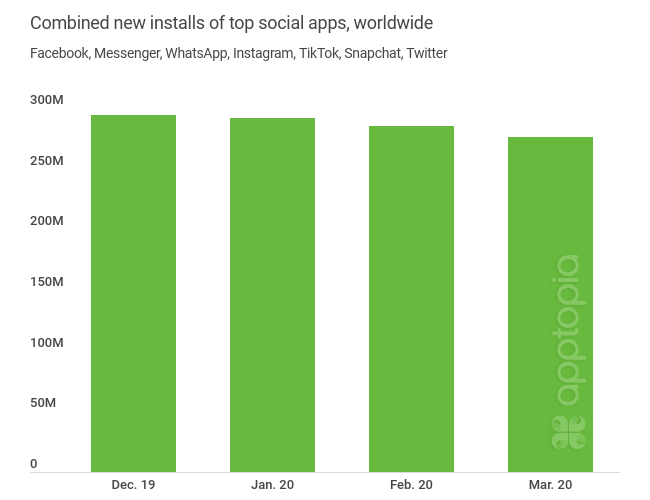