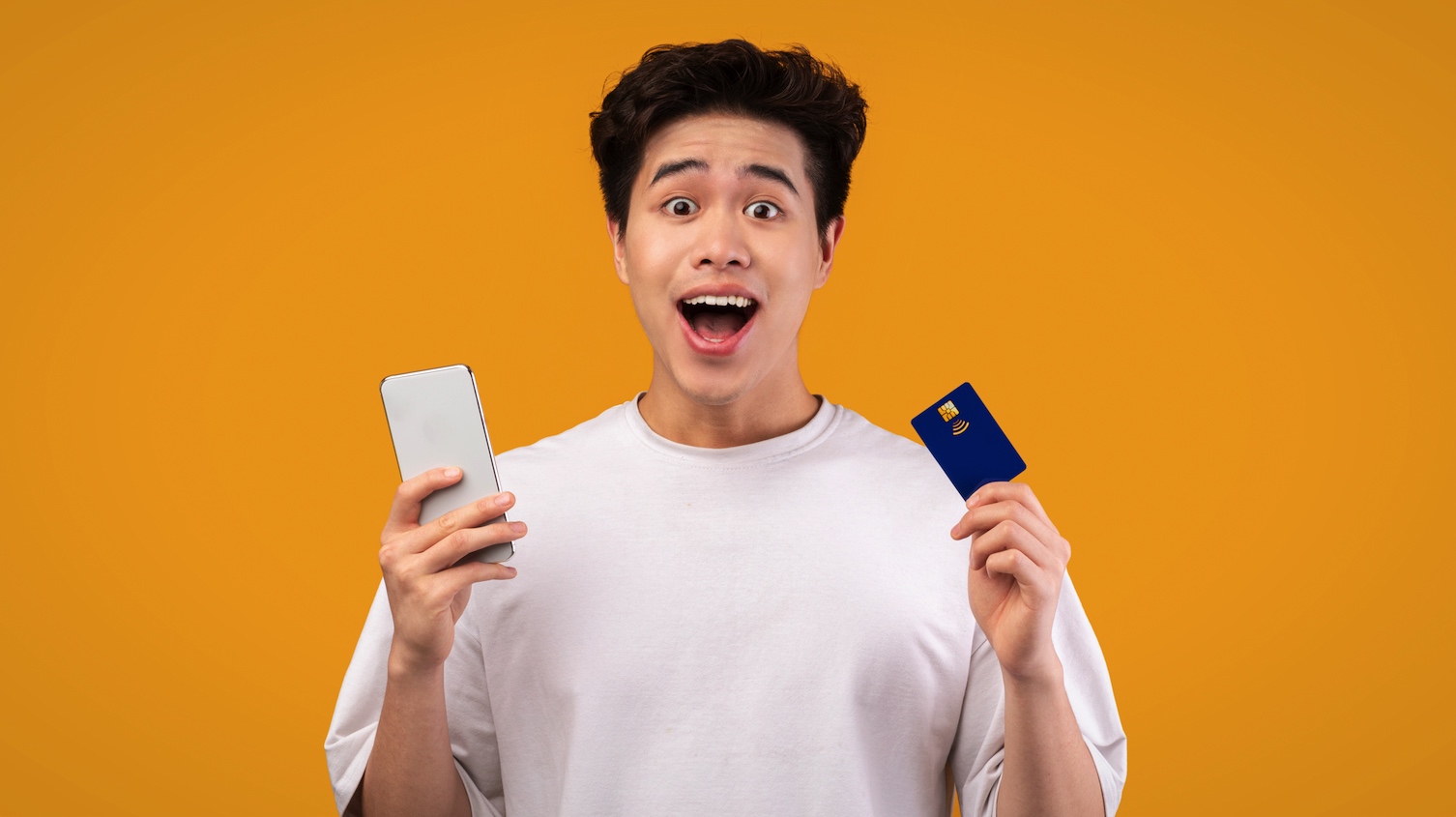 As a market, Apptopia estimates the top six teen banking apps in the United States have seen downloads fall 26% year-over-year in the first quarter. Monthly active users have fallen alongside, but this is mostly due to the two largest players, Step and Greenlight, slowing growth while their competition has strengthened.

Wait, what are teen banking apps?
Over the past five years or so, the explosion of financial tech (fintech) products and the importance consumers are placing on financial education have increased. Financial influencers or "finfluencers" on TikTok have led to a younger audience becoming interested in managing and making money. Now established brands are starting to create tailored products to purposefully expand their customer base, while dedicated teen finance apps are getting bankrolled by venture capital.

Most of these apps provide a checking and savings account for children under the age of 18, along with a debit card, and the ability to execute peer-to-peer payments. All of these apps require parental permission and include controls and the ability to monitor activity. Reading the app descriptions, their marketing messaging is around helping parents educate their children around sound financial practices. Good habits start early.

Peer-to-peer payments are especially important for children to access these days, but not so they can send/receive money from friends. It's so they can receive money from their parents, who are the seventh largest lender in the United States. As the world continues to go cashless, mom and dad are not always going to have cash on hand to give to their kid to go play laser tag or something. It's much easier for them to send the money digitally.

How are the top teen banking apps performing?
As stated earlier, we're seeing growth for all top players except for the largest two, who had experienced more growth in late 2020 and early 2021.

Even with Till's market best MAU growth in the first quarter, it's still the smallest player in our grouping when looking at absolute numbers. Till is only available on iOS right now unlike its competitors, but it does have an Android app in Early Access stage (beta).

If you'd like to learn more about Till's product, monetization, and market research, you can hear it directly from Co-Founder Taylor Burton on our podcast, Somewhat Mobile.

Copper, another fast growing app relative to its competitors, was just reported to have raised $29 million in funding in a Series A round after raising $13.3 million across two seed rounds in 2020 and 2021. The app is planning to expand its offerings to include retail investing, crypto included. 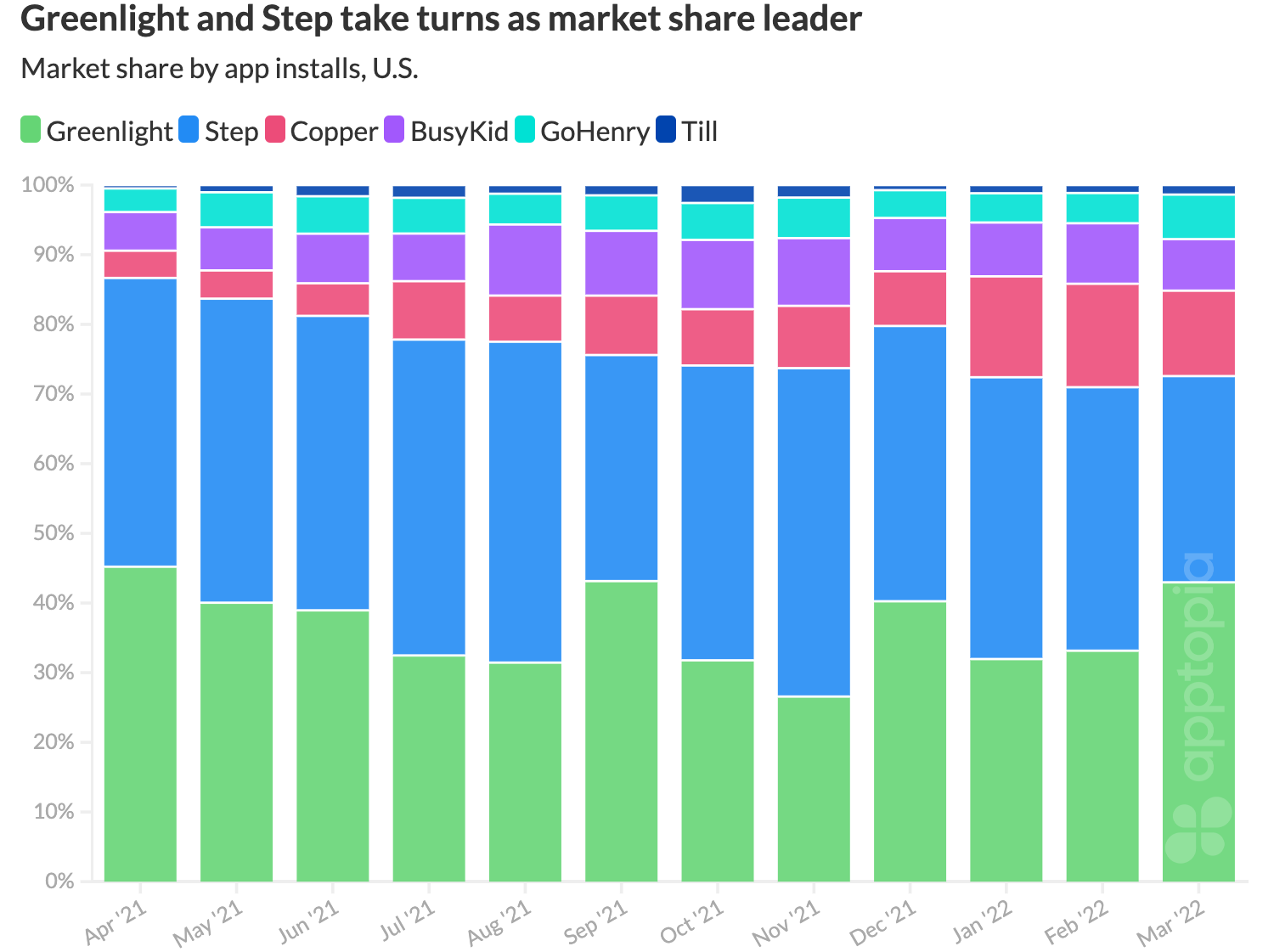 Greenlight and Step are the largest players in the space and also the most heavily funded with $556.5M and $191.3M, respectively, according to Crunchbase. Since October 2020, the two have gone back and forth as to who is leading the market in net new installs (see image below).

GoHenry, the first player to market (June 2014) in our grouping and third most funded company ($66.2M), did not launch in the U.S. until April 2018. It got its start in the United Kingdom where it's the market leader and competes with apps like Revolut Junior.

As a market, growth metrics for teen banking apps are headed downward (Step and Greenlight make the market top heavy), having peaked in spring/summer 2021. This may be due to spending money on marketing and user acquisition in the early days and now the companies are spending more time and money on product.

With the unprecedented growth of Crypto apps and investing in general, teen banking apps are turning their attention to integrating products that enable teens to learn about and partake in the markets under parental supervision. Greenlight already lets teens invest via a brokerage account opened in their parent's name. Both Step and Copper are starting to test retail investing and crypto investing now with certain user cohorts.

While teen banking apps have slick marketing that resonates in the name of financial education, bigger more established companies see the opportunity to increase their customer LTV by catering to the younger demographics as well. In November of 2021, Square's Cash App started offering teens a debit card complete with cash back rewards for a select list of merchants. Current, a mobile first 'neobank,' has also recently released a debit card for teens.

With so many banking options these days, where are people turning in 2022? 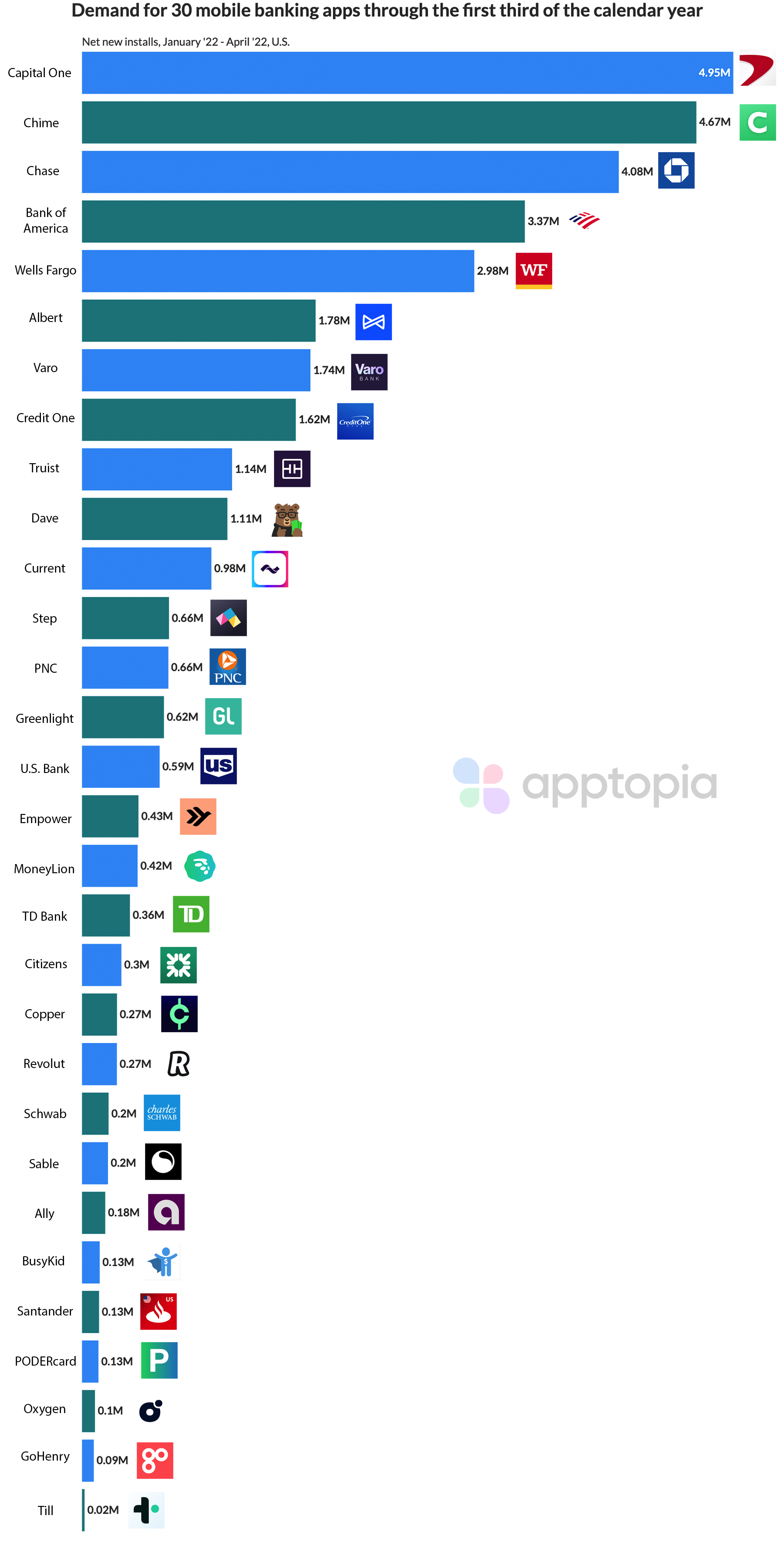 Both Step and Greenlight are in the top 15 for most downloaded banking apps so far this year in the United States. To see the top downloaded banking, crypto and remittance apps of 2021, see our download leaders charts.

If you want to monitor this market, create a free custom report by clicking the blue button below. After that, if you want to learn more about how Apptopia's data and tools can help both VC/PE firms and brands outsmart their competition, schedule a demo here.