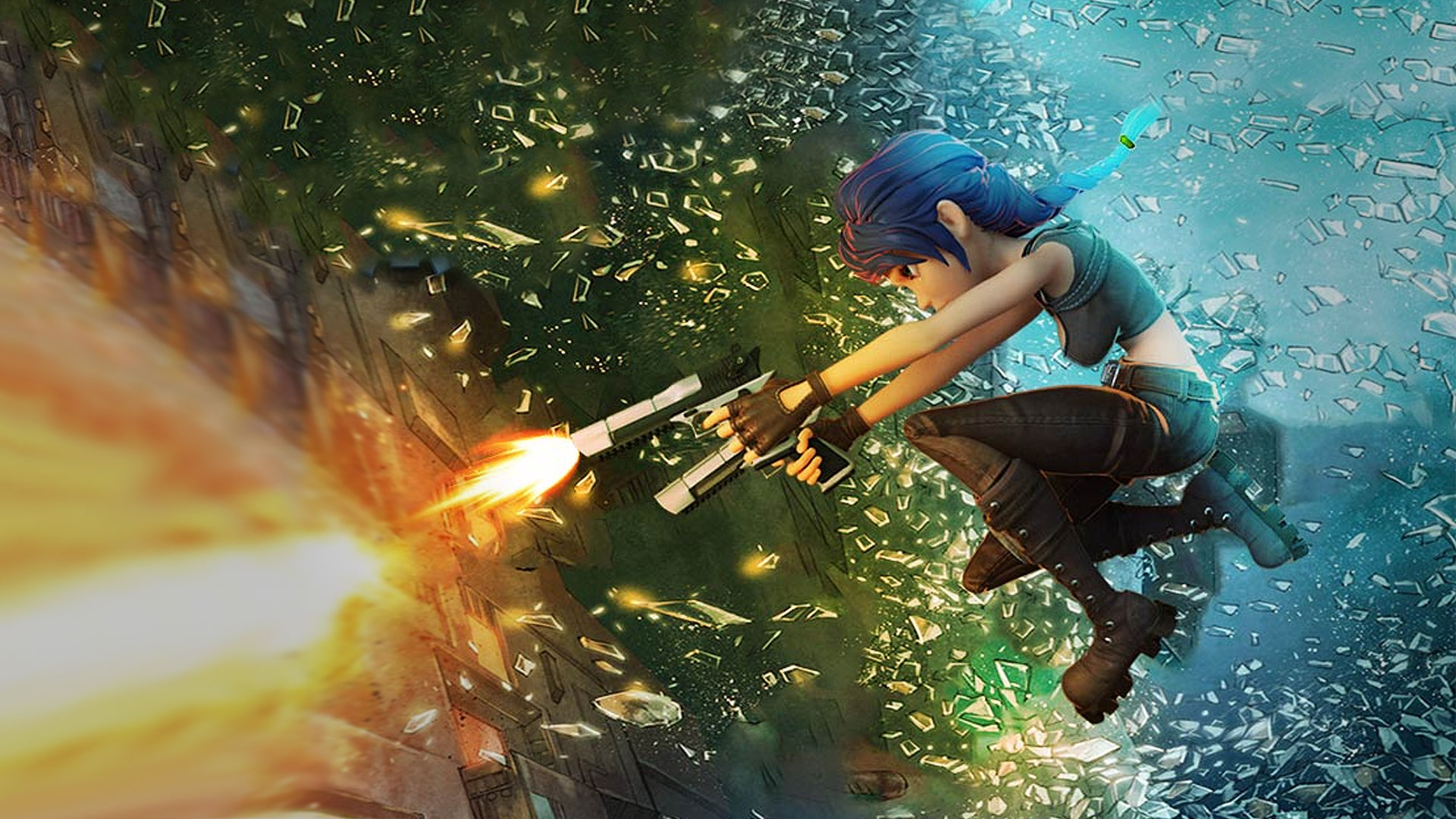 The mobile game Top War caught my eye as I watched it begin to rise up the grossing charts. On the surface, what stood out most to me was that it's not owned by one of the major players I’m used to seeing in the top charts. In fact the publisher is simply named 'Topwar Studio' after the game's namesake. After doing some light googling, I didn’t come across much on the game besides a few gameplay review videos on YouTube.

Let’s poke and prod a little bit and get into what the game is, it’s performance thus far, and how it's faired against its competition. 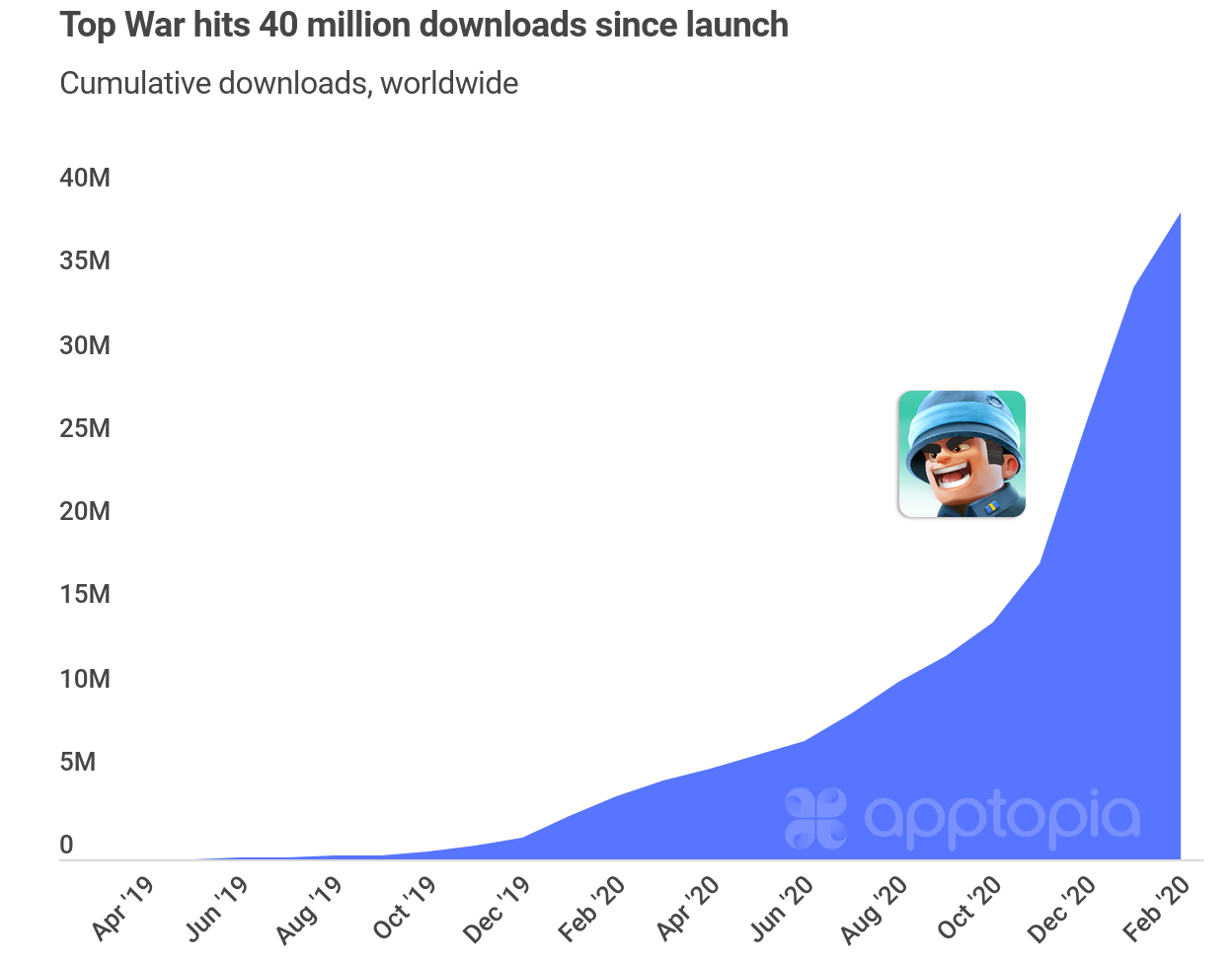 Top War is essentially a "4X" strategy game, similar to Clash of Clans and Lords Mobile. 4X means the gameplay involves exploring, expanding, exploiting and exterminating. In general, these are some of the highest grossing games on the market and lend themselves to creating "whales," a small cohort of players who make up the majority of the game's revenue.

Get insights into 5 games of your choosing

Competing with other successful 4X strategy games that have been around for 5-10 years is no easy task. To oversimplify it, a publisher need great talent from a human resources perspective and a large budget. What makes Top War unique in this space, and potentially why it has been able to carve out a small but healthy slice of the market, is its gameplay mechanic of merging. 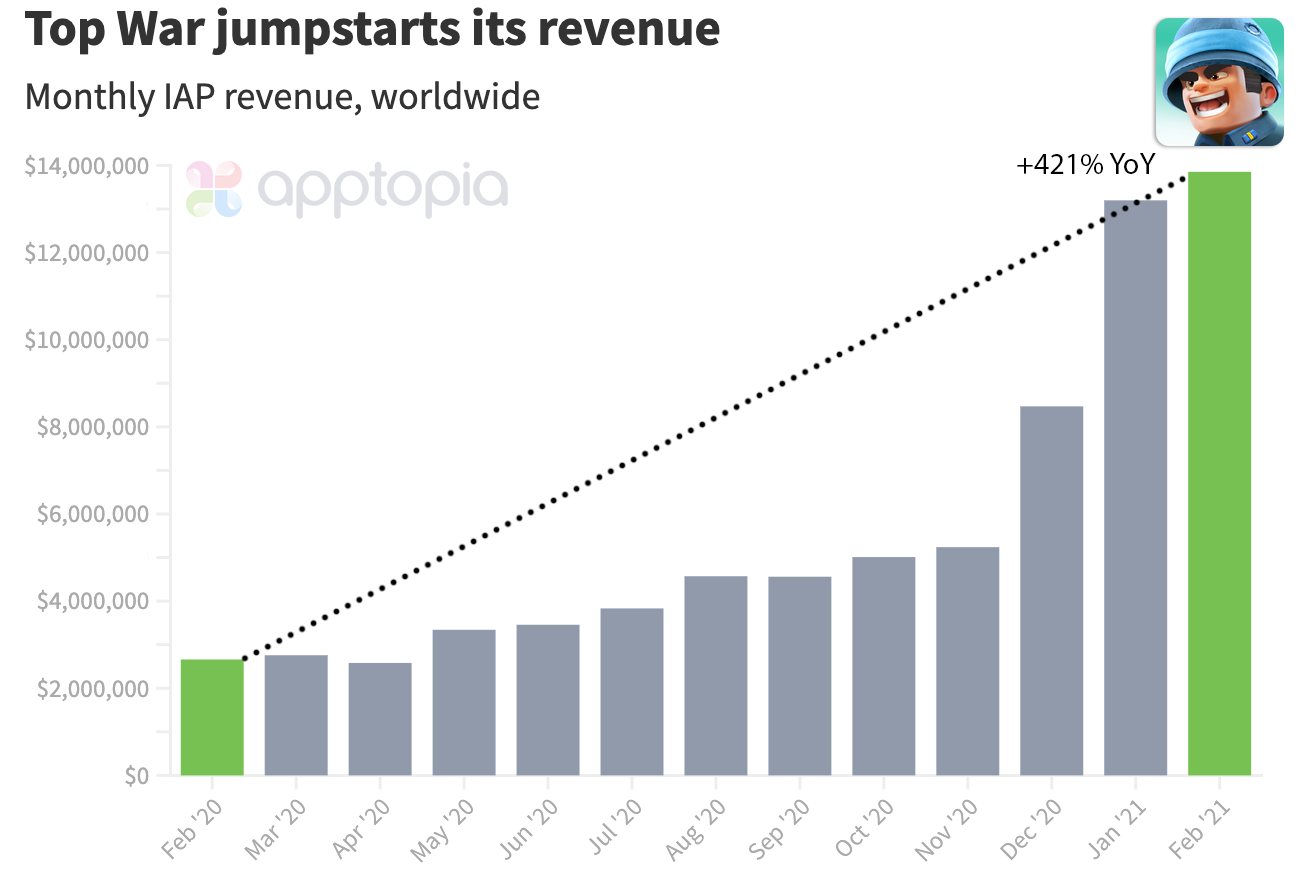 While this game leans more heavily toward the hardcore strategy side of things than the casual gaming side of things, I wanted to compare it to successful games in both areas. Over the past 90 days, Top War has been downloaded 19 million times. This is more than Clash of Clans, Lords Mobile, Rise of Kingdoms, Merge Dragons!, Merge Magic! and Merge Mansion. When switching to look at IAP revenue for the same time period, it sits below our three examples of top 4X games but above our three examples of top merge games. 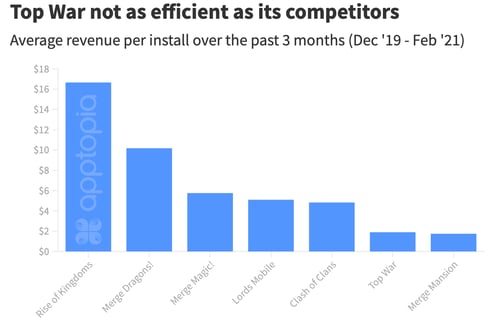 Getting more granular, its RPI (revenue per install) and ARPDAU (average revenue per daily active user) sit on the lower end of our seven game sampling. Even with its revenue skyrocketing as seen in an above image, Top War has some efficiencies with its monetization to address if the publisher wants to reach the next level. 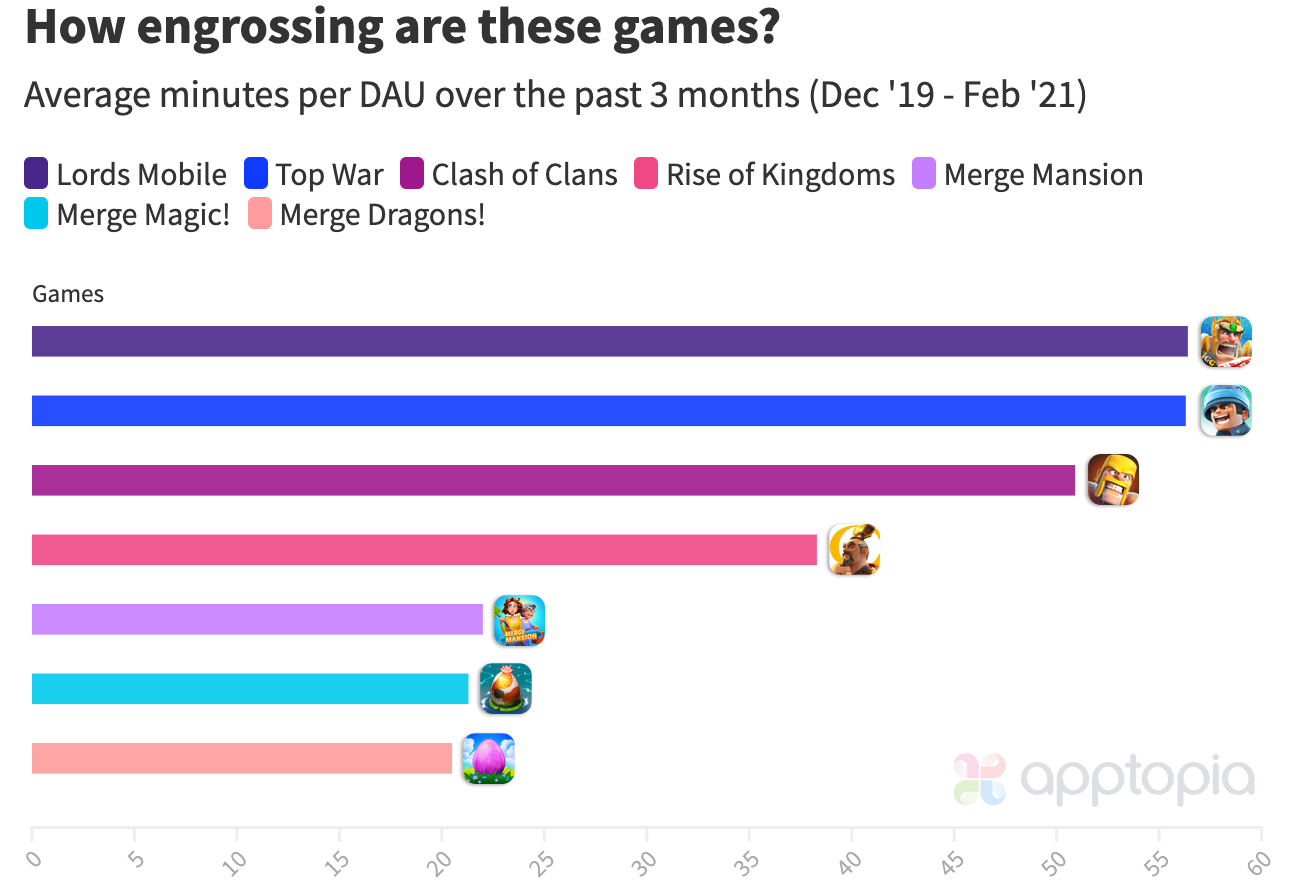 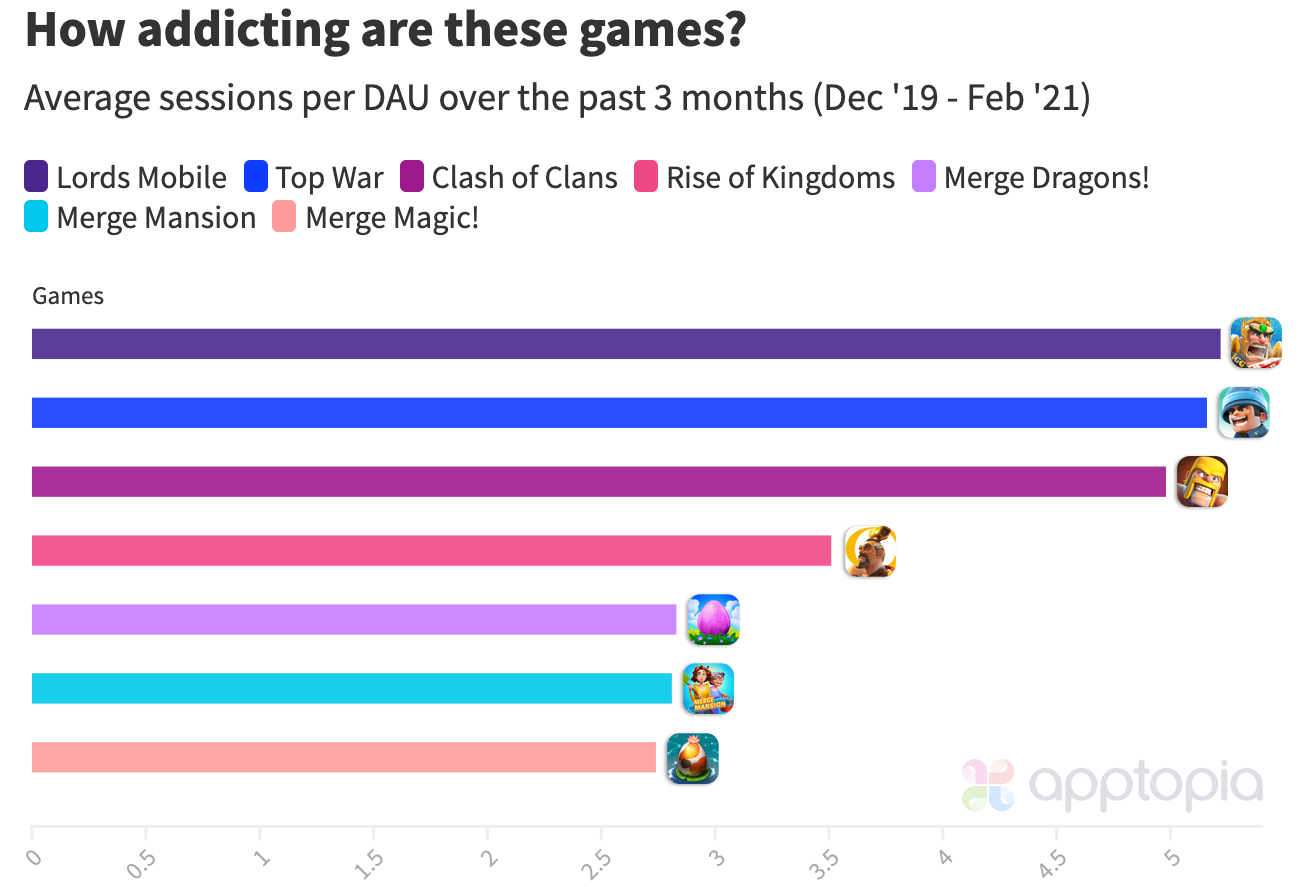 While Top War might not have great revenue comparables, it does have great engagement comparables. Users average 56.3 minutes per session and 5.16 sessions per day.  In our seven game sampling, only Lords of Mobile beat it. Do not make the mistake of combining the above stats and assuming the average Top War player plays almost five hours per day. Some may have two long sessions per day while others have one long session and three or four small "check-in" sessions. Different cohorts will spend time differently and averaging the data is essentially meeting them all in the middle.

As it pertains to user reviews, Top War is in the middle of the pack compared to the games we've been reviewing in this post. It's got decent reviews but it they could be better. The number one complaint according to our Review Intelligence is false advertising. The game advertises a specific type of battle gameplay that does not actually exist in the game. It's advertising a Boom Beach style of battle gameplay but in fact, the battle gameplay of Top War is less engaging and fun than that. It's one thing to have a less than ideal style of gameplay but to advertise a wholly different one that it knows users enjoy, creates less than ideal user retention and lower app ratings than necessary.

Get insights into 5 games of your choosing