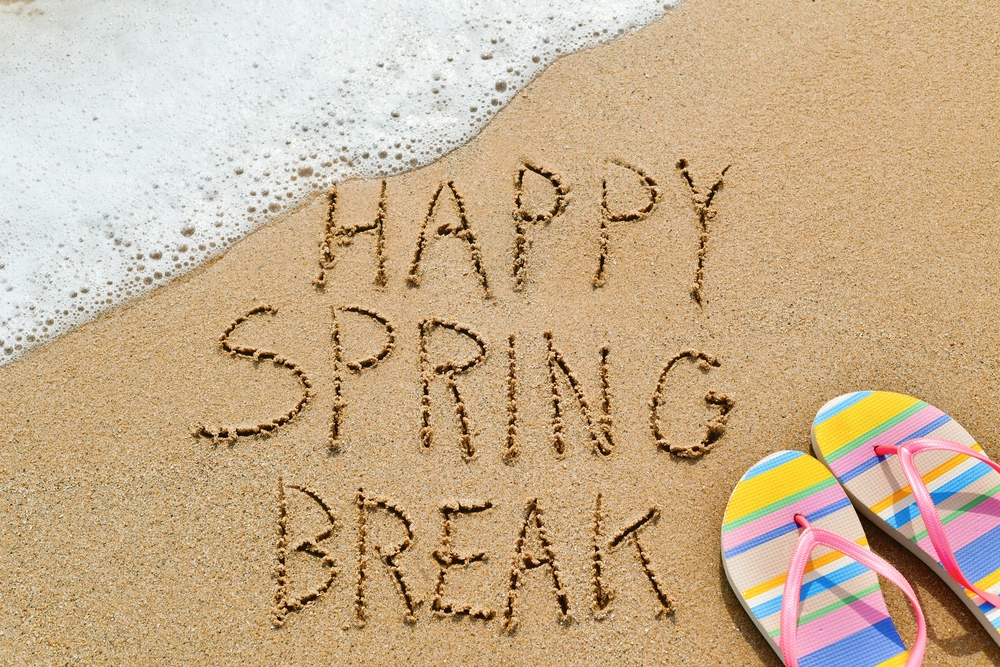 We recently released Travel Trendlines, which features data stories on the top Travel apps* over the last year, including which are the fastest-growing and why.

Today, grab your sunnies – we are going through the U.S. performance data for Airline, Car Rental and Online Travel Agency  (OTA) apps from the lens of Spring Breakers.

*“Top travel apps” mean the most-downloaded in each of the travel categories listed.

Let’s set the scene first. This is not a typical Spring Break or family vacation year. Last February and March, students of all grades were taking classes from home. The demand this year to take the family to Disney or go all-inclusive with friends in Cancun is so high, that even the highest gas and oil prices in history are not stopping Americans from traveling. However, our Travel Trendlines report shows Travel apps that help cut costs were among the biggest winners in growth.

According to Apptopia data, car rental apps daily active users hit their all-time high the first week of March – and are growing week-over-week since then. Turo leads the activity – and mobile leads its rental interaction (i.e., there are no physical Turo locations with staff). Apptopia Review Analysis shows it attracts – and impresses – many first-time renters. As a consumer-to-consumer marketplace, it offers a broader inventory with more price variability. It also does not age restrict drivers under 25 like traditional car rental companies, so Turo is a Spring Break win. 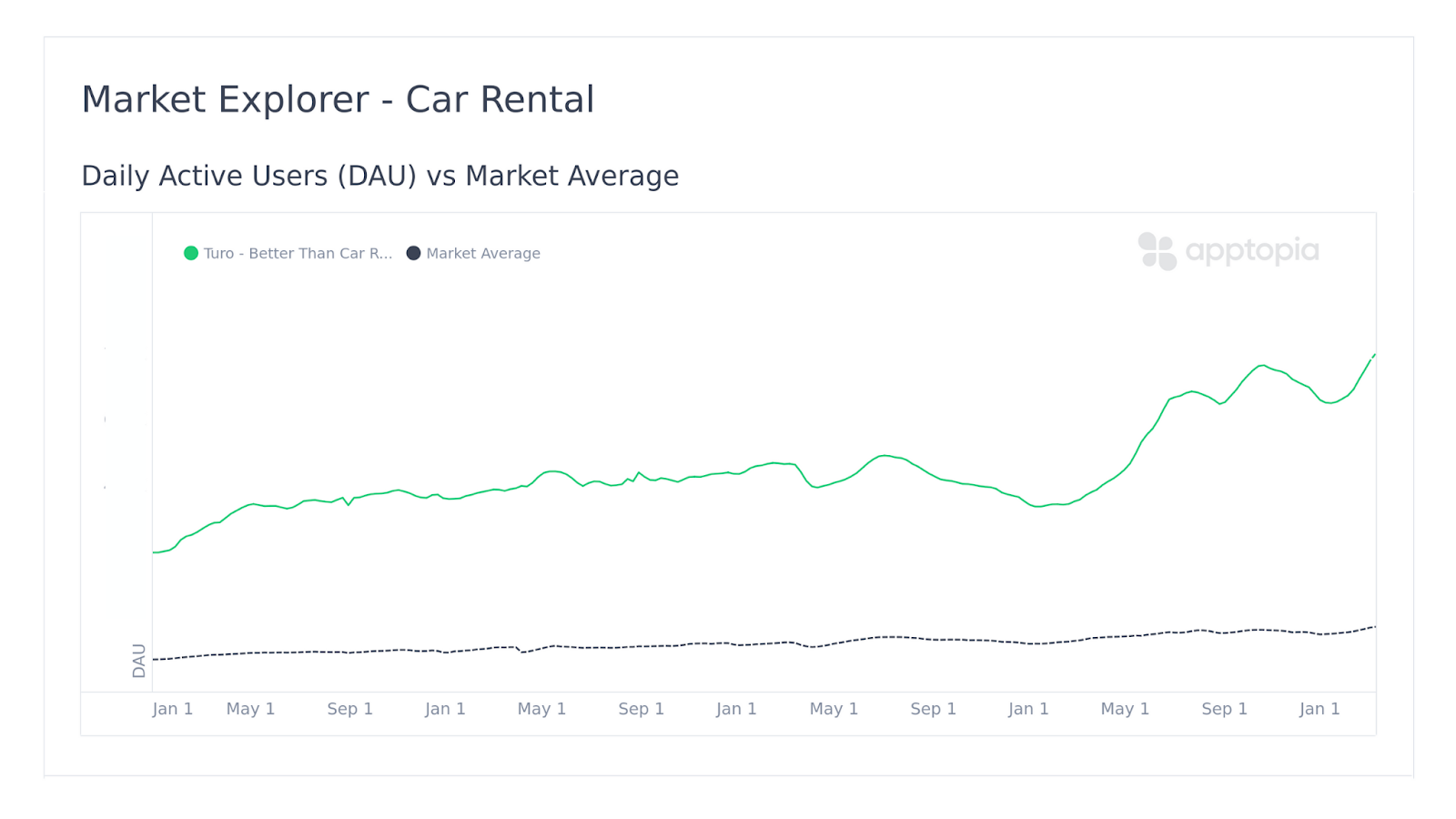 Budget airlines were made for the Spring Break crowd (all year round, too), so it’s not a surprise to see daily active user growth rate of Spirit, Frontier and Allegiant pick up week-over-week in March. The sequential rise starting in mid-February could mean last-minute Spring Break bookers or  family vacation travelers opting for more affordable travel. Oil has not yet reached a historic high, but its close, so airlines are picking up prices even more than they already were for pandemic recovery. The budget airlines have less overhead by design, so their increases are not as egregious. Recent Apptopia analysis not included in Travel Trendlines shows Spirit is outperforming the U.S. airlines market in app sessions growth 17% to 7% in February. 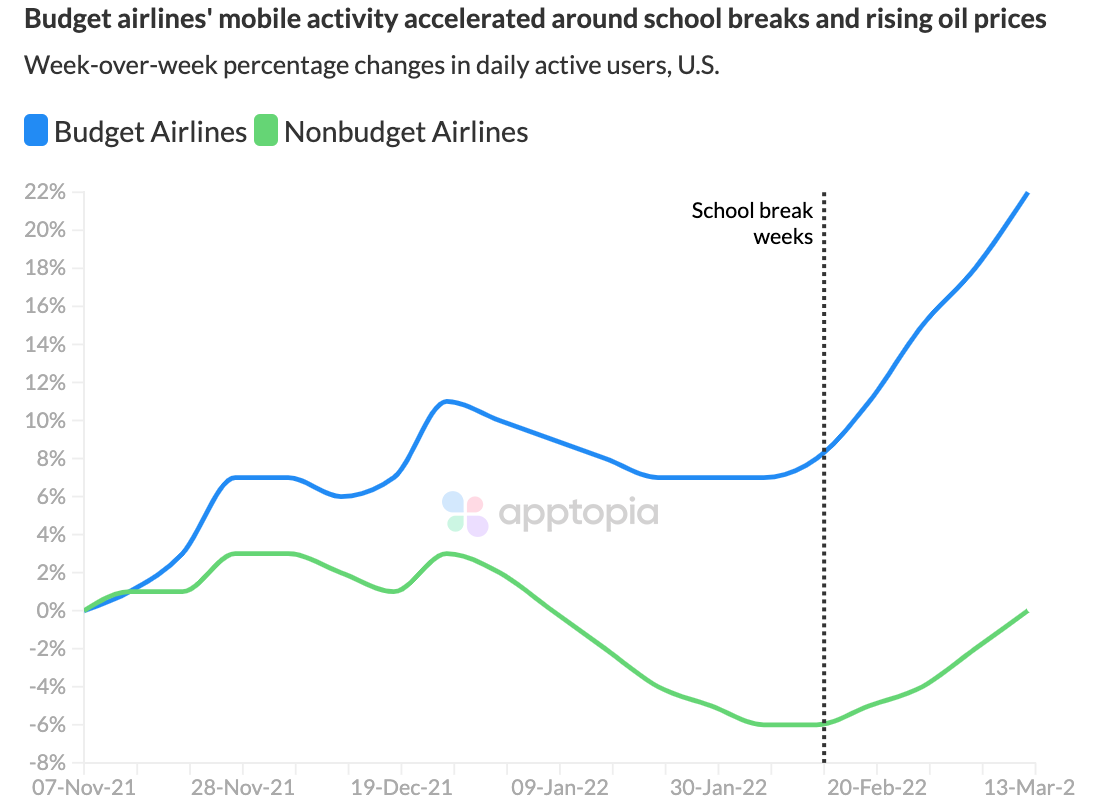 Finally, let’s talk about how Spring Breakers and family vacationers booked these trips. School breaks are on the mind of some planners right away when school resumes in September, sure, but booking is more likely done in Q4 through January (and maybe even February for the college crowd).

This assumption tracks with the usage data of a search-and-book OTA app, Hopper. When I say "search-and-book OTA", I mean that you are not using Hopper to check in/check out of your trip like you would for Airbnb, so usage is concentrated in the planning phase. Well, after prolific growth month-over-month since June, the growth rate of Hopper's app sessions slowed below the market average for the first time. The decrease in sessions suggests the searching and decision-making was done (and that its ‘Homes’ product that would have a check in/ check out use case is still gaining traction since its January launch).

The fastest-growing OTA by app sessions in February was Vrbo, which grew 34% month-over-month. Vrbo is used like Airbnb to search, book and check in, so it’s gaining continued momentum as people go on family vacations during the weeks around President’s Day that U.S. schools get off. Vrbo is enjoying a growth rate faster than the rest of the market since September, thanks in part to a heavy advertising investment in 2021.

It will remain to be seen until March is over if the ads attracted any Spring Breakers  – or if Vrbo continues to be a pick by Gen X parents for family vacations, who remember it from the time before Airbnb existed.