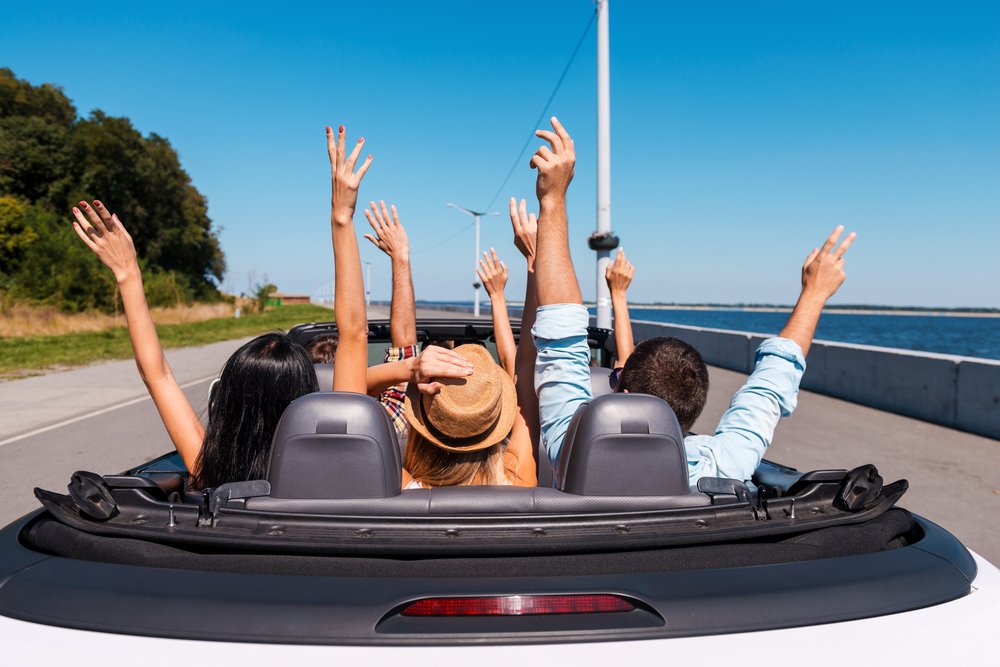 I own a car. My girlfriend doesn't. There are times when I need my car and she needs to go somewhere public transit doesn't go to. She and her friends like taking weekend trips across state lines where they can get a lake house or an oceanside Airbnb. How do they get there though? They rent a car from a person on a platform just like they rent the house from someone on the Airbnb platform.

Turo and Getaround are the biggest names in this growing market. Turo grew new installs of its mobile app 3% YOY and 7% QOQ.  While Getaround has a smaller slice of market share, it grew more with gains of  109% YOY and 60% QOQ. Getaround was founded about a year earlier than Turo. 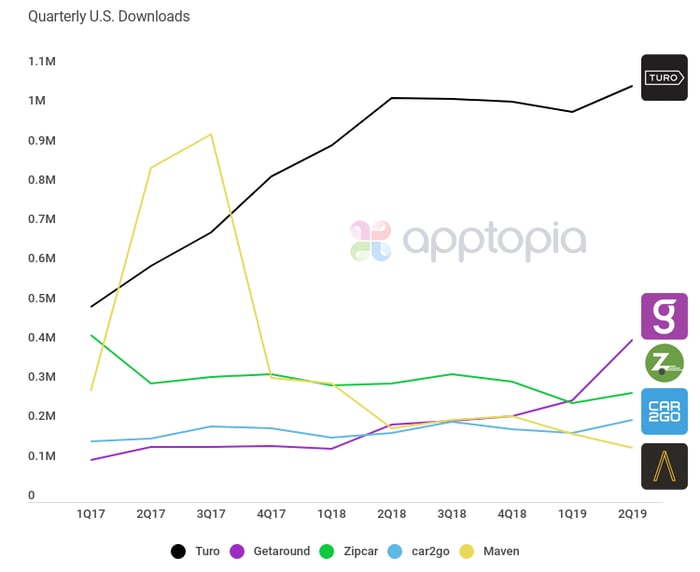 I've included five car rental services but they don't all operate the same. In fact, Turo and Getaround are the only two that operate very similarly to Airbnb. Zipcar, car2go and Maven have customers pick up and drop off almost anywhere but have inventory like traditional car rental companies. I believe Zipcar operates on a monthly membership so it would be more for people who plan on somewhat regularly using a vehicle but either do not believe the cost of ownership is worth it and/or simply do not have a place to keep a car longterm.

Looking at the charts above and below, it's clear that Maven had a moment but Turo has taken off. There is a slight seasonality to the car rental business. Across all five apps we analyzed, the Summer months tend to have the highest number of downloads. 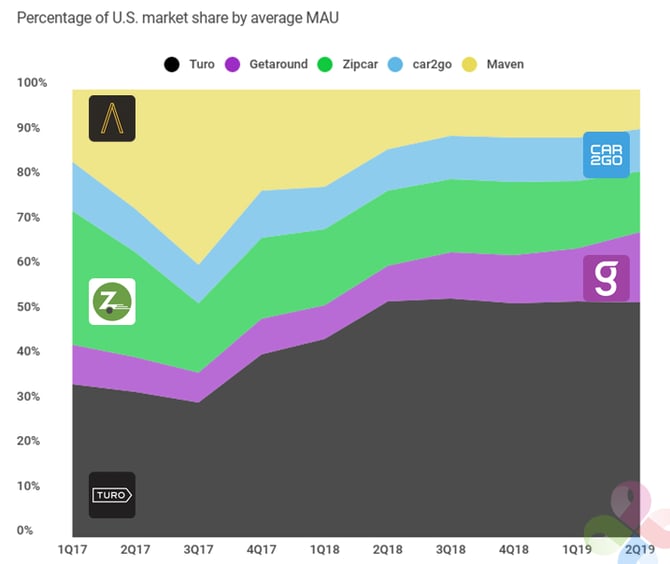 Now you're wondering, what about traditional car rental companies like Hertz, National and Avis? Their mobile apps are certainly competitive with the above performance but they are not experiencing the growth of Turo and Getaround. Will Turo and Getaround keep growing? Will they keep the users they are acquiring right now for the long term? The bigger question is actually what the regulation of these platforms will look like soon.

Traditional car rental services argue Turo and Getaround should have to abide by the same regulations and taxes that they have to, while the newcomers argue they should not as they are not car rental companies at all - just an enablement platform. A fantastic breakdown of the entire for and against argument can be found here.