On Valentine’s Day, love is in the air but does it drive people to install dating apps?

Looking at monthly data, dating app downloads in the U.S. actually tend to drop in February from January and rise up again in March. In-app purchase revenue follows the exact same pattern. 2020 was an exception, with March continuing the downtrend due to the onset of the pandemic. 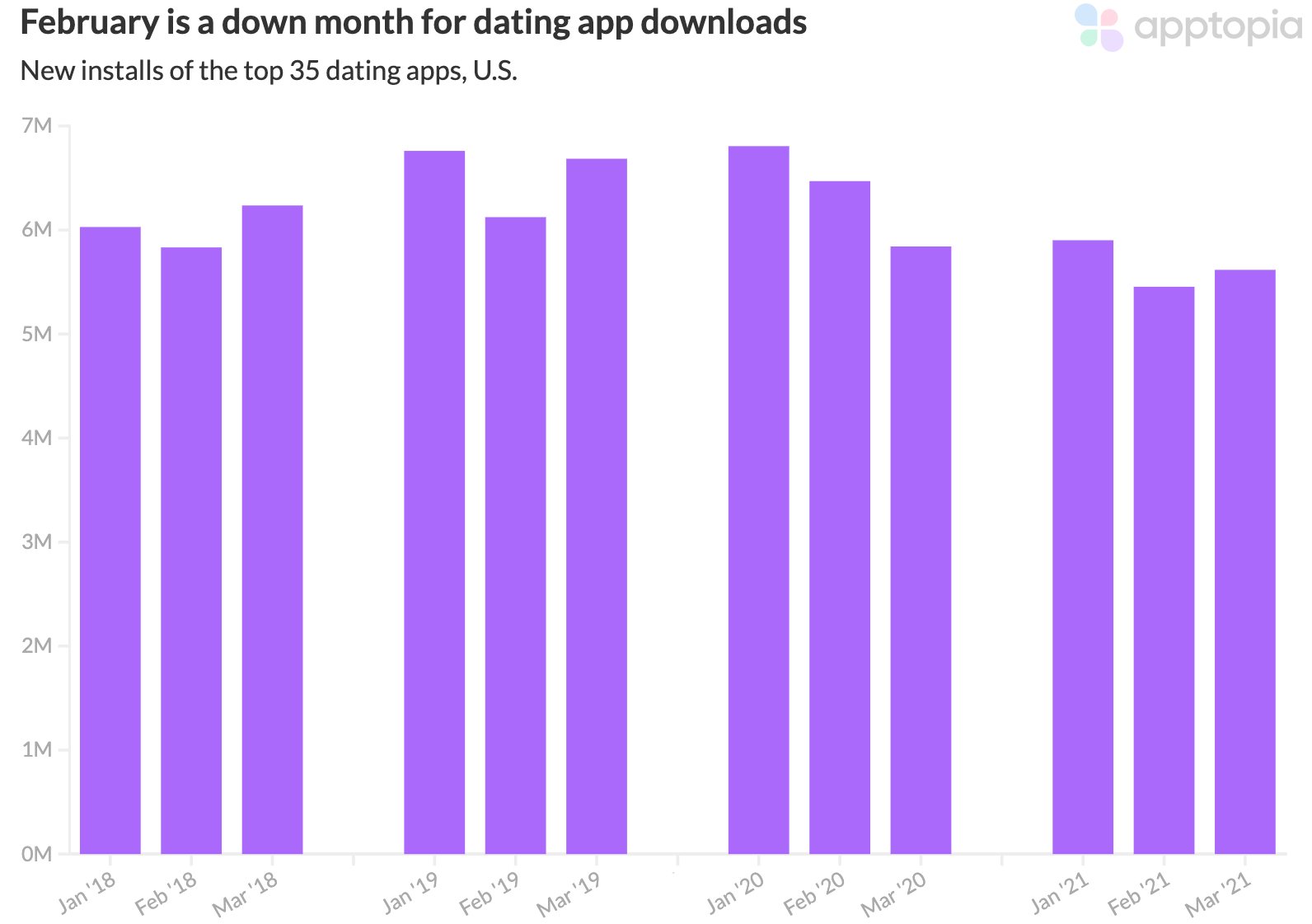 But what about on the holiday itself and/or leading up to it? There is a slight uptick, again with the exception of 2020, leading into Valentine's Day. Excluding 2020, there is a 2.2% uptick in average daily downloads when comparing the first 5 days of February to the 6th - 15th.

Feeld launched in 2014 but did not start growing consistently until mid-2020 when it launched "virtual cores" which are virtual destinations in which to connect with different people. For example, a user in Boston could set their core to Paris. Feeld also differentiates itself by being for the "open-minded" and those interested in getting to know more than one person at a time. 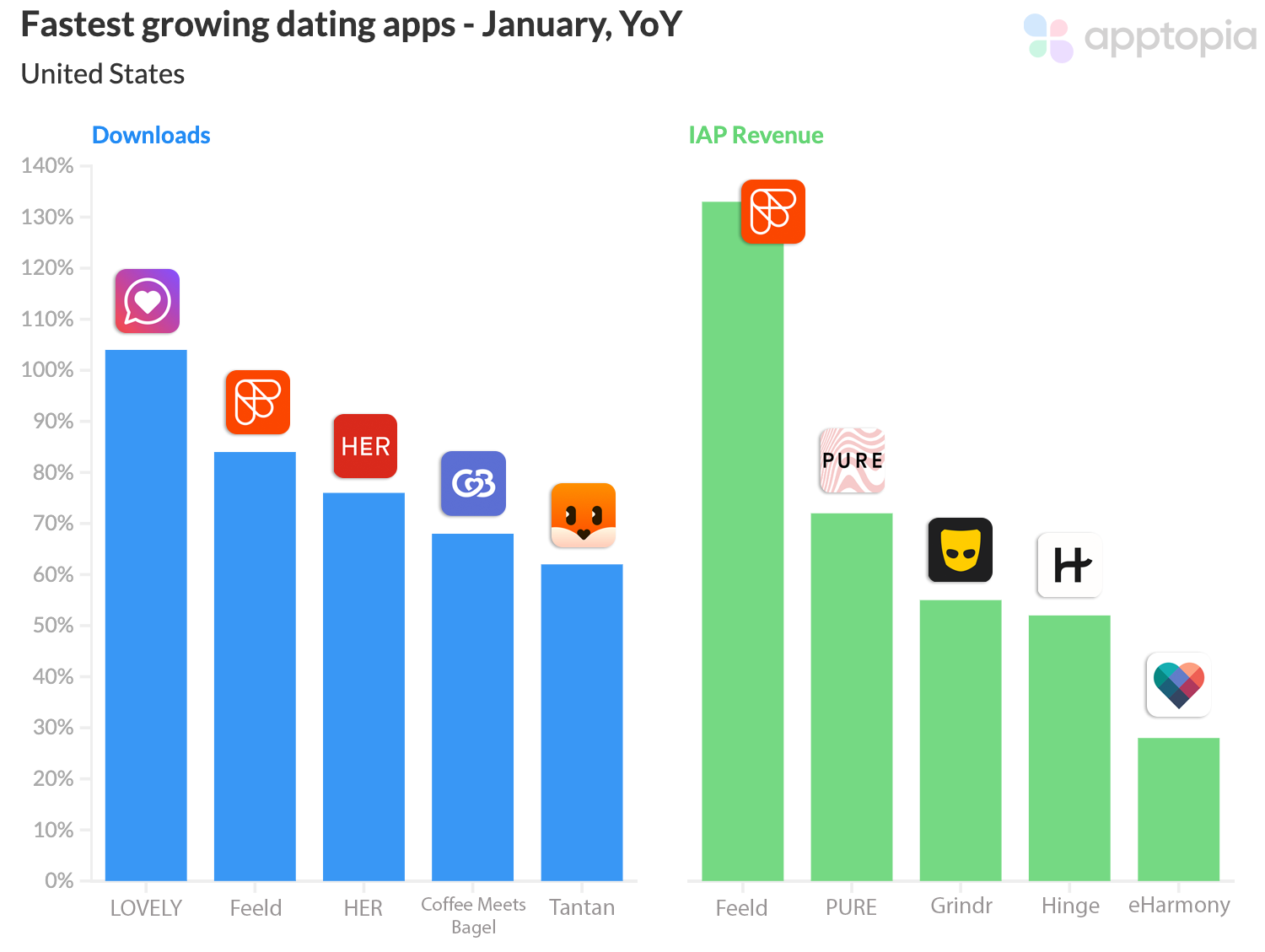 We created a market of the top 40 U.S. dating apps and discovered Tinder is a massive market leader (37%) with more monthly active users than the combination of 35 top dating apps. The next largest player is Bumble with 14%.