We know you didn't keep your New Year's resolutions 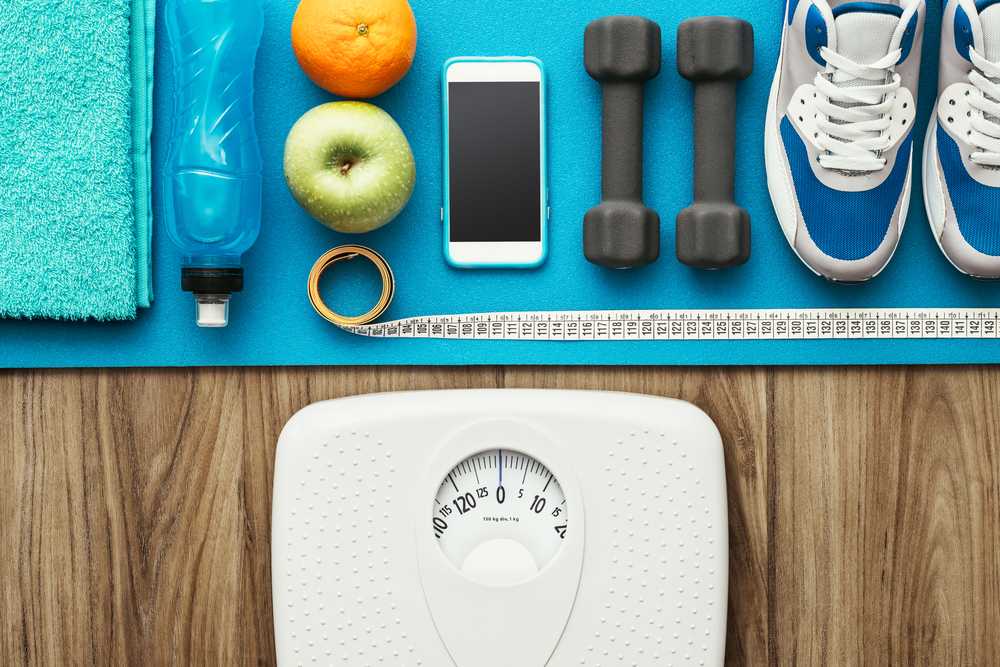 Well, most of you anyway...

“I mean it,” your best friend says. “New year, new me. I promise you, in January, I’m going to get fit, kick the booze, and lose some weight. By the start of February, you won’t even recognize me.”

Some things, after all, are best left unsaid. Most people who embark upon a new diet or fitness regimen abandon it fairly quickly. Don’t believe me? Just look at the retention figures for the most popular Health & Fitness apps during January. 30 day figures range from 3.4% to 15.8%.

The numbers are, as your parents would say, disappointing. Numbers from Apptopia's Engagement Index aren't looking too hot either, with most users opening the top apps just a few times a week. Scroll a little further to find the top Health & Fitness apps in January by downloads and again by in-app purchase revenue. 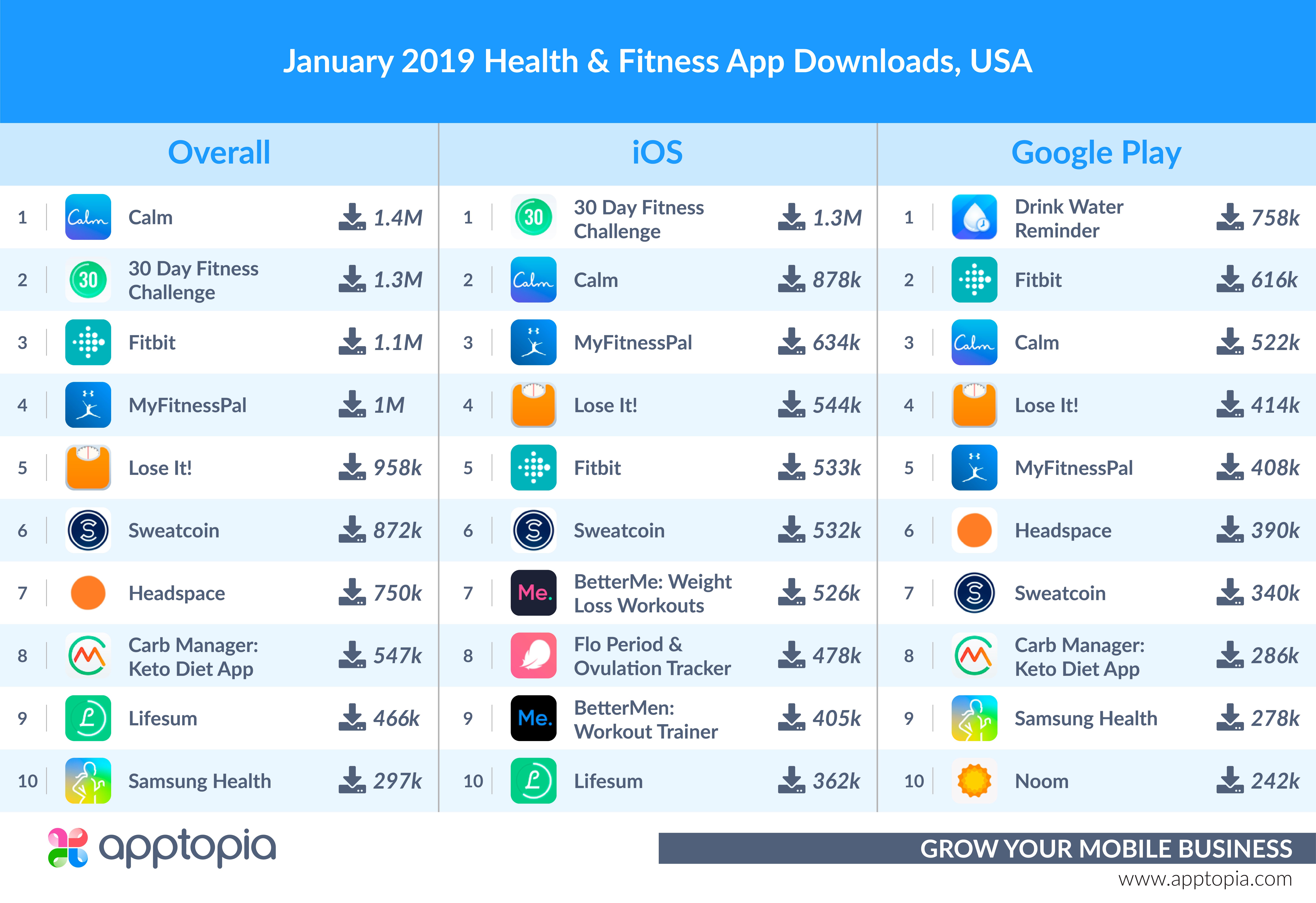 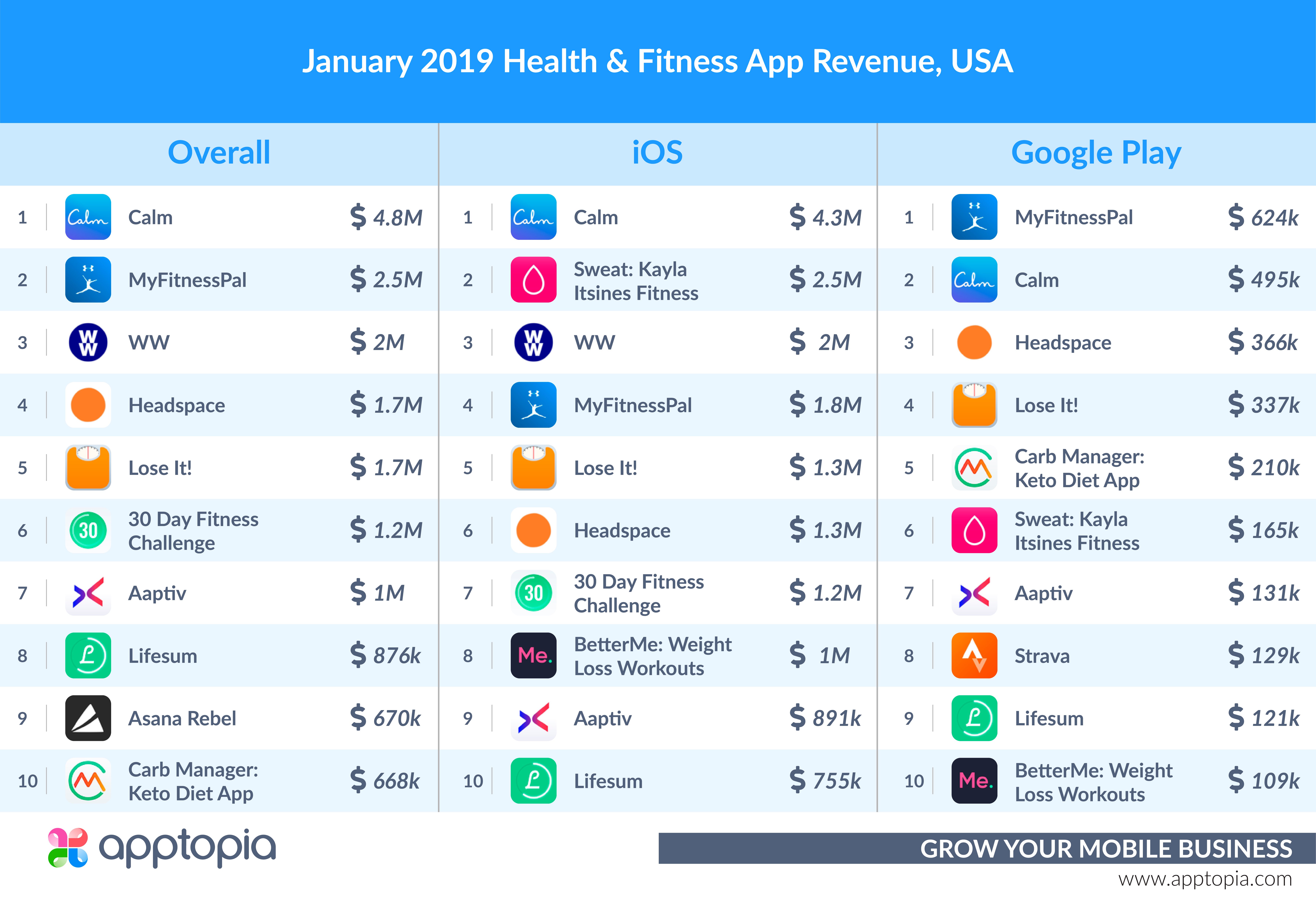 Meditation apps are the obvious winners (on Google Play)

Of all the Health & Fitness apps we looked at, two stood out to us; Headspace and Calm. These are, without a doubt, the two biggest players in the mindfulness space, offering guided meditations via a Spotify-style subscription service.

Looking at retention rates for the top downloaded H&F apps on Google Play, Headspace and Calm are both above the average rate of 6.29%. Respectively, 7.65% and 8.34% of new users for these apps stuck with them after 30 days in January. This, as you might expect, translates into money. Big money.

Across both platforms, Calm pulled in almost $4.8 million from IAP revenue in January. This is almost double that of the runner up, Under Armour’s diet and exercise tracker, MyFitnessPal. With those hardy figures, it’s hardly a surprise that it’s now worth about one unicorn.

Headspace performed respectably, but was hardly a runaway success like Calm. Across both platforms, it had half the downloads and one-third the IAP revenue as Calm. We know who the top-dog is in this space.

Does your choice in mobile operating system determine whether you’ll stick with a fitness app? Maybe. There’s a stark difference between Google Play and iOS in retention and engagement figures. On iOS, the top downloaded apps had an average retention rate of 9.48%. That’s almost one third more than their Google Play equivalents.

Some apps landed on a top list (above) for both app stores and when they did, the iOS version fared better in terms of user retention. On iOS, users of the Lose It! were twice as likely to still be using it after thirty days. The same goes for MyFitnessPal. No shocker that iOS versions took in more money than their counterparts on Google Play. iOS apps mostly took in more downloads as well, with Fitbit being one of the only apps that secured more installs from Google Play than the App Store.

Sweatcoin is one of the most interesting players in the fitness app sphere. It aims to incentivize people to get fit by rewarding them with a digital currency which can then be exchanged for physical items, like gadgets and apparel.

Given the current enthusiasm for digital currencies and people’s natural inclination to get rewarded for hard work, I truly expected Sweatcoin to be one of the most successful apps in our cohort. However, that was not the case, with just 3.62% of Google Play users and 4.26% of iOS users continuing to launch the app after 30 days. And while it made the top downloads list for both iOS and Google Play, it was nowhere to be found on the top revenue lists.

Sweatcoin suffered from one of the lowest Engagement Index percentages of any apps we looked at, too. Sweatcoin's rate was 23.5%. To be clear, a 100% engagement rate means that on average, users open the app every day. 50% would mean every other day. So at 23.5%, we are saying that active users of Sweatcoin (in January) opened the app an average of once every four days. You might need more than tokens (or a higher payout rate) and freebies to build passionate users.

So, what have we learned? Firstly, mindfulness and meditation apps are doing really well right now. With both schools and CEOs touting the benefits of controlled breathing and contemplative thought, I wouldn’t be surprised to see these figures continue their northward ascent.

There’s also a fascinating dichotomy between iOS and Google Play users when it comes to the habitualness in which they use fitness apps. If I had to put my finger on it, I’d assume that it’s because iOS users tend to be wealthier, and are therefore more likely to be able to afford things like gym memberships. This would therefore increase the likelihood of them using fitness apps.

Broadly speaking though, retention rates are dismal across both platforms. This likely speaks more to the ease of acquiring downloads these days. A happy user is much harder to acquire than a download. Are people sticking to their New Year's resolutions? Probably not.