What the acquisition of Zynga means for Take-Two Interactive

Take-Two Interactive is acquiring a premiere mobile gaming publisher in Zynga, for $12.7 billion. Since launching mobile games in 2008, Zynga games have been downloaded billions of times.

Zynga has been acquisitive in recent years, scooping up four game publishers over the past four years, in addition to an advertising network in Chartboost. Take-Two’s acquisition significantly expands its own mobile presence, with Apptopia estimating a six-fold increase to combined MAUs of 344M at 2021-year end and an even larger percentage increase in IAP revenue. 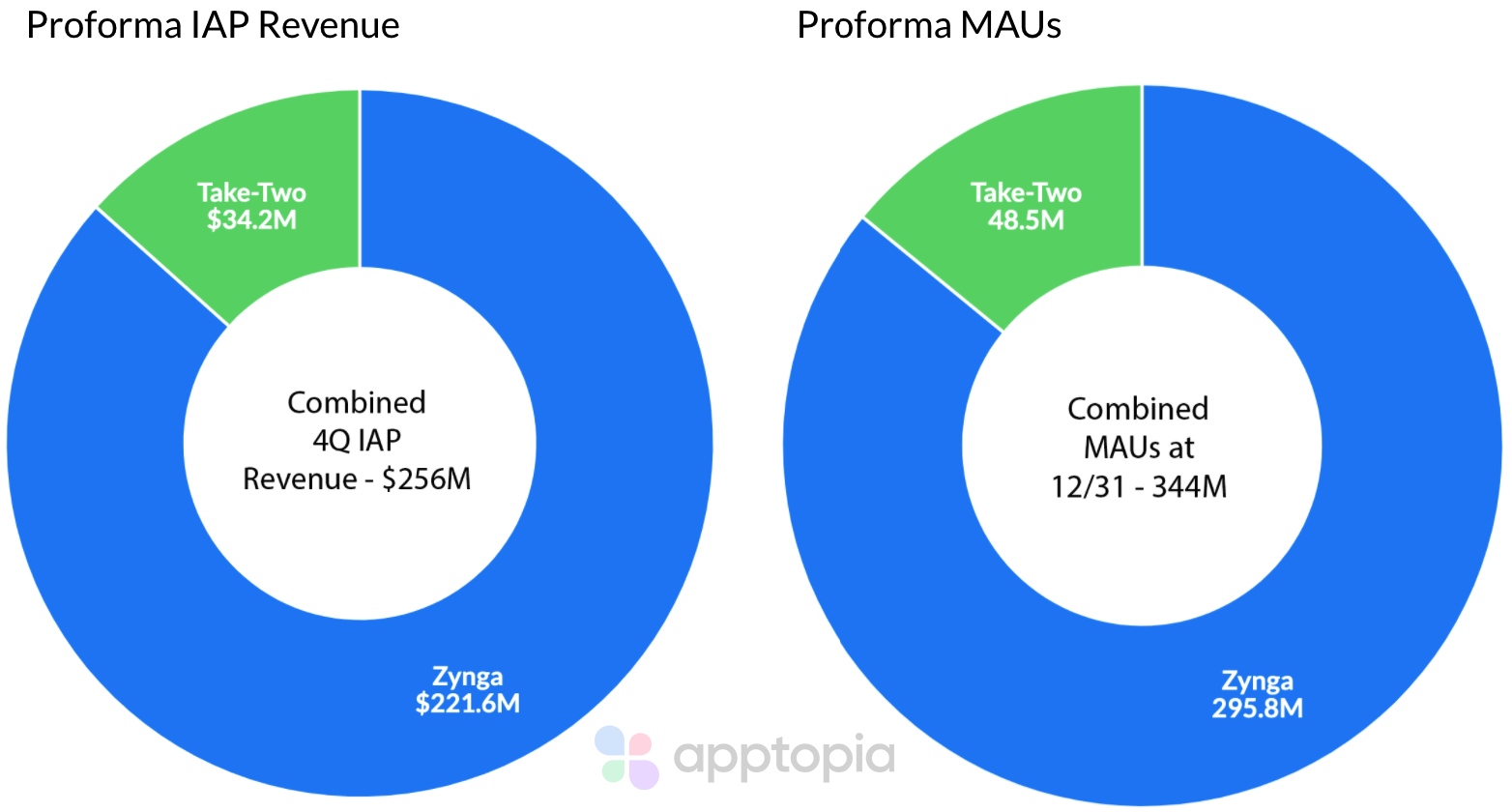 Both ZNGA and TTWO have diversified mobile gaming portfolios with no significant concentration of IAP revenue – on a proforma basis, no single game contributed more than 20% of overall IAP revenue.

This is important because of the limitations that were set in place last year from Apple’s App Tracking Transparency, pushing users to make a choice about opting in or out of being tracked.

By offering a wide and large selection of games, TTWO + ZNGA have hundreds of millions of users, helping dampen the impact of Apple’s privacy endeavors. Remember, Zynga owns its own ad network now. Take-Two can now be more targeted in its ads than other networks and therefore charge more for advertising.

The latest publisher Zynga acquired is Rollic Games. Rollic publishes what are called hypercasual games. These games monetize through ads, have simple gameplay mechanics which leads to quick & easy onboarding. This helps them appeal to a wider audience.

Hypercasual game publishers release titles at a rapid pace compared to the rest of the industry. Because of this, these games are not built for long term retention but they don’t need to be. There are other games in the ZNGA umbrella that fill that role. Owning a successful hypercasual game publisher will continue to help bring in a large and well-rounded audience to grow TTWO’s advertising reach.