For big media brands looking to reach out to millennials, YouTube has been a treasure trove. But rarely has the power of that audience outreach been encapsulated in an app that represents that star’s video sharing philosophy.

Despite promoting his Snapchat feed on YouTube, Neistat’s app Beme unabashedly broke with the models of Vine and Snapchat. Instead of allowing any editing or filters, those capturing video allowed no editing. In fact, those capturing videos were not able to see what they had captured until it was shared. Responses had to be video clips as well. And while running against the herd sometimes can pay off, things were not trending well for Beme, which saw its Android downloads shrinking throughout October. 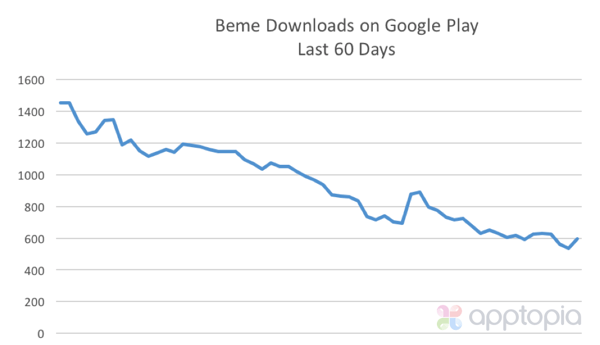 So, what will CNN get for its reported $25 million? Not Beme per se, which will shut down at the end of January. In what looks more like an acquihire, CNN will begin a new media brand aimed squarely at millennials that encourages potentially unfiltered video sharing in the spirit of Beme. Citizen journalism apps are nothing new for major media companies. And as the recent Vine closure showed, even apps that achieve far stronger penetration than Beme can struggle to monetize.

But that’s not the payoff for CNN. As we saw when we looked at what the news network brings to promoting virtual reality, its monetization outside the app centers on building reach for the parent television property. This allows it to invest in efforts such as Neistat’s brand of irreverent exposes without them having to be major profit centers. Indeed, Indeed, CNN’s TimeWarner ownership could bring Beme’s successor into play with another millennial-focused property that we’ll be discussing soon.