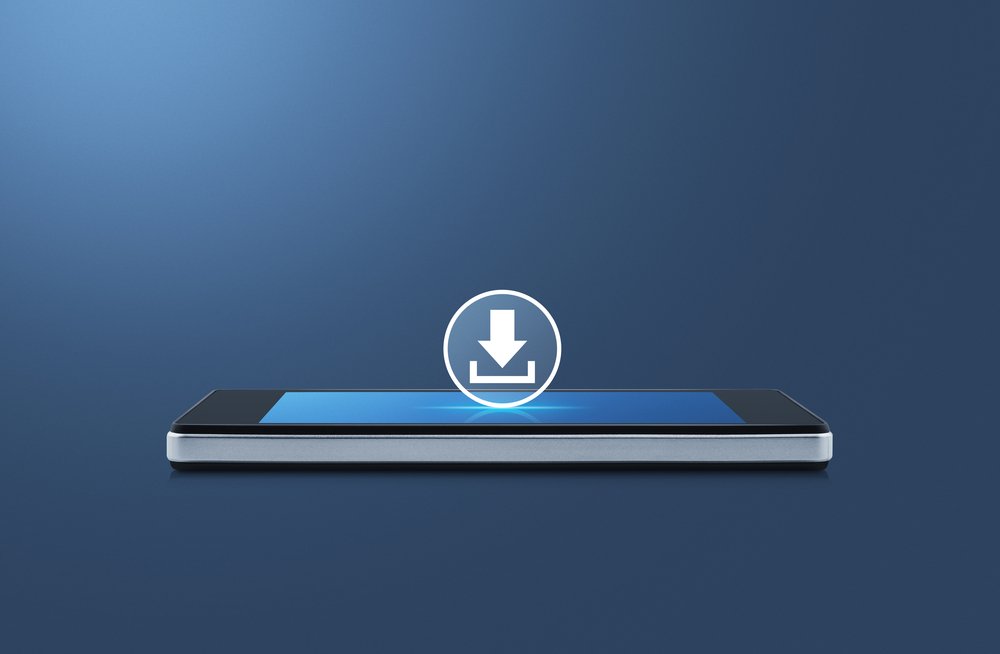 This years top downloaded apps, split by eight popular categories, are loaded with stories and conversation starters. For example, Helix Jump, a simple but addictive game, received more downloads than Uber and Tinder combined. For a full comparison, take a gander at 2017's leaders here.

*This data does not include download estimates from third party Android stores. 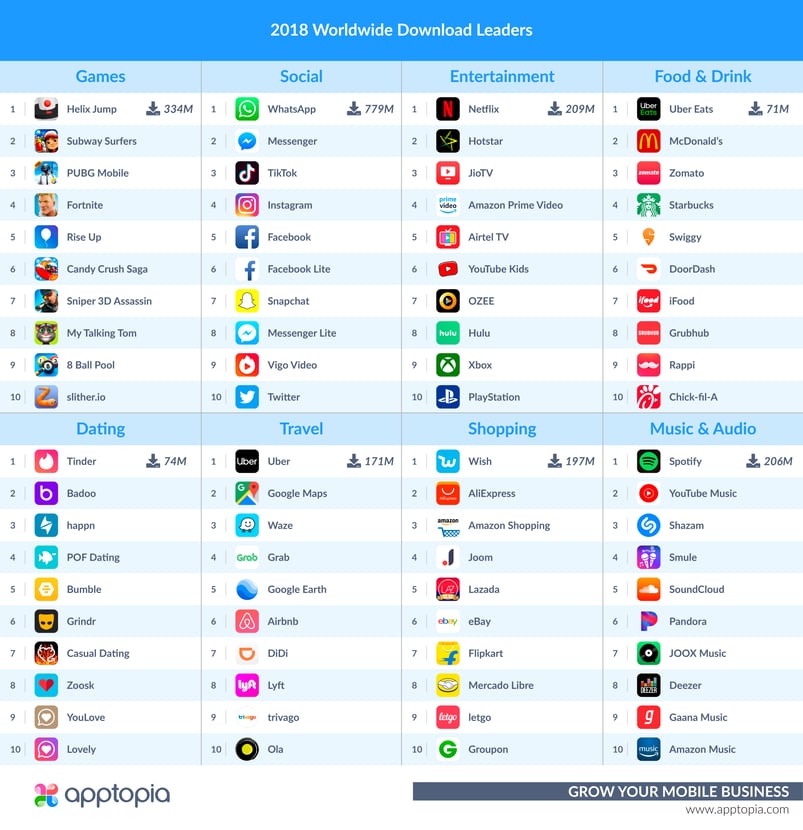 If you needed any further proof that hyper-casual games are here to stay, this chart should do it for you. Helix Jump, an addictive game from Voodoo, racked up more downloads than both Fortnite and PUBG MOBILE. Voodoo was the #1 mobile games publisher this year by downloads with 1.2 billion.

*This year, we removed YouTube’s eligibility from Social and kept it strictly to Entertainment.

Just like last year, WhatsApp dominated this year. It also dominated our top sessions chart. Facebook as a parent company is the real story here though, holding six out of 10 top spots. WeChat fell four spots short of a top billing this year while TikTok, Twitter and Vigo Video pushed their way in.

This category is all about streaming video. Netflix still comes in at #1 and PlayStation is again just one spot behind Xbox. YouTube Kids rises up four spots and we’re joined by several newcomers like Hotstar, JioTV, Airtel TV and OZEE. Pour some out for ZEDGE Ringtones, Google Play Movies & TV, Google Home and Tubi TV who didn’t make it this year.

*Some apps in this category have one app that works in every market like Uber Eats. Some companies create one specific app per each market, examples being McDonald’s and Starbucks. For these types of situations, we’ve added all of a company’s apps (essentially the same app) to get a download figure before ranking them. Otherwise, we would only be looking at a fraction of their downloads when we’re looking at a global total for their competitors.

Here, we’re seeing the growth of food delivery in emerging markets. While Zomato (India) also made our list last year, this year it’s joined by Swiggy (also India) and iFood and Rappi (both from Brazil). Oh, and Uber Eats continues its world domination. Turns out having driver infrastructure already set up in most markets makes for easy food delivery rollouts.

Did you expect to find anything else but Tinder at the top? Tinder had 55% more downloads than Badoo at #2 which had 99% more downloads than happn at #3. Bumble is sitting at #5 again just like last year while OkCupid falls from #2 to just off the chart at #11 this year. Grindr moved up four spots while Match fell five spots and out of a top billing.

Uber and Google Maps are #1 and #2 respectively again this year. I completely understand this as these are two apps I frequently use myself. Rideshare apps make up half of the top spots this year. There would have been more but GOJEK was just shy of making our list, coming in at #11. Waze pulled a ton of downloads this year, not only making the chart but coming in strong at #3. For OTA apps, Booking.com, TripAdvisor, Skyscanner and Expedia all fell off the top ranks but trivago was able to maintain a top billing.

The top 3 remain the same this year as last year, just in a different order. AliExpress was #1 last year. This year, Wish received 128% more downloads than Amazon. Joom climbed six spots to #4. Letgo competitor OfferUp fell off the list this year coming in just shy at #12. Walmart comes in at #14.

Spotify absolutely crushed its competitors this year, with 111.3 million more downloads than YouTube Music at #2. Shazam is #3 again this year which always shocks me since I haven’t used that app since 2013. Amazon Music sneaks into the last spot in the chart while Google Play Music falls one spot shy of making our list this year.

Please feel free to reach out to me on Twitter or LinkedIn to discuss 2018’s most downloaded apps. Happy to talk methodology and give out a few more specifics.