The r/wallstreetbets and "meme stock" news cycle in late January 2021 was a coming out party for retail investing and the apps that enable it. When Robinhood hit #1 Overall in the U.S. iOS App Store on January 27, 2021, it was the first time a retail trading app had done so. Apptopia's latest report, Trendlines in Retail Investing Apps, looks at the impact and how competitors have faired since then. 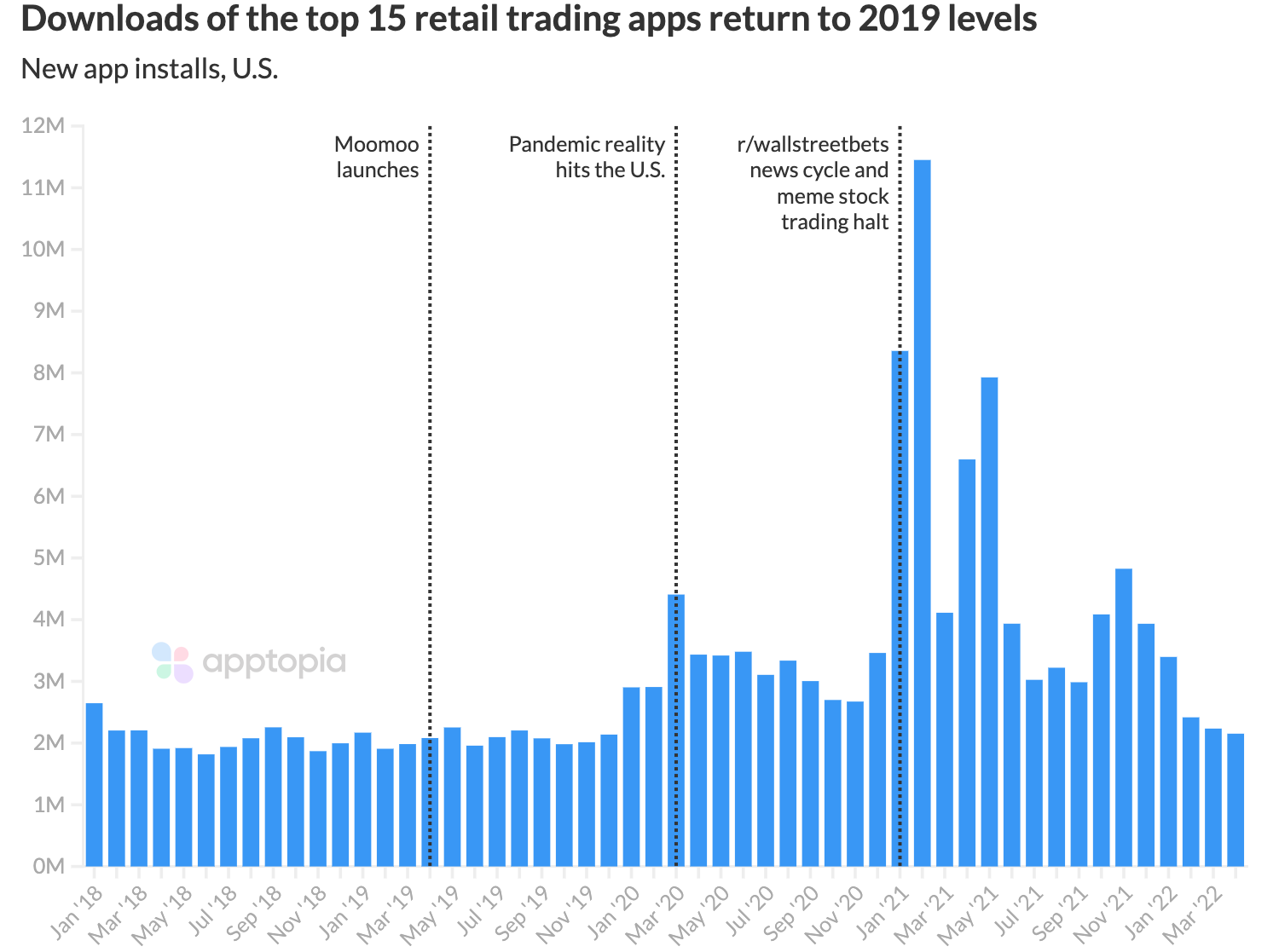 New installs of the top 15 retail investing apps are down 67% YoY in the month of April. Other investment focused apps like NFT marketplaces and Crypto apps are also down significantly.

The height of demand came in February 2021 when people were excited about making money from “meme stocks” and/or looking for new investment apps after Robinhood angered retail investors. Looking at total downloads across the sample in the chart above, Robinhood owns a 32.4% share of the market. The next closest app is Stash with less than half of that, at 15.4%. 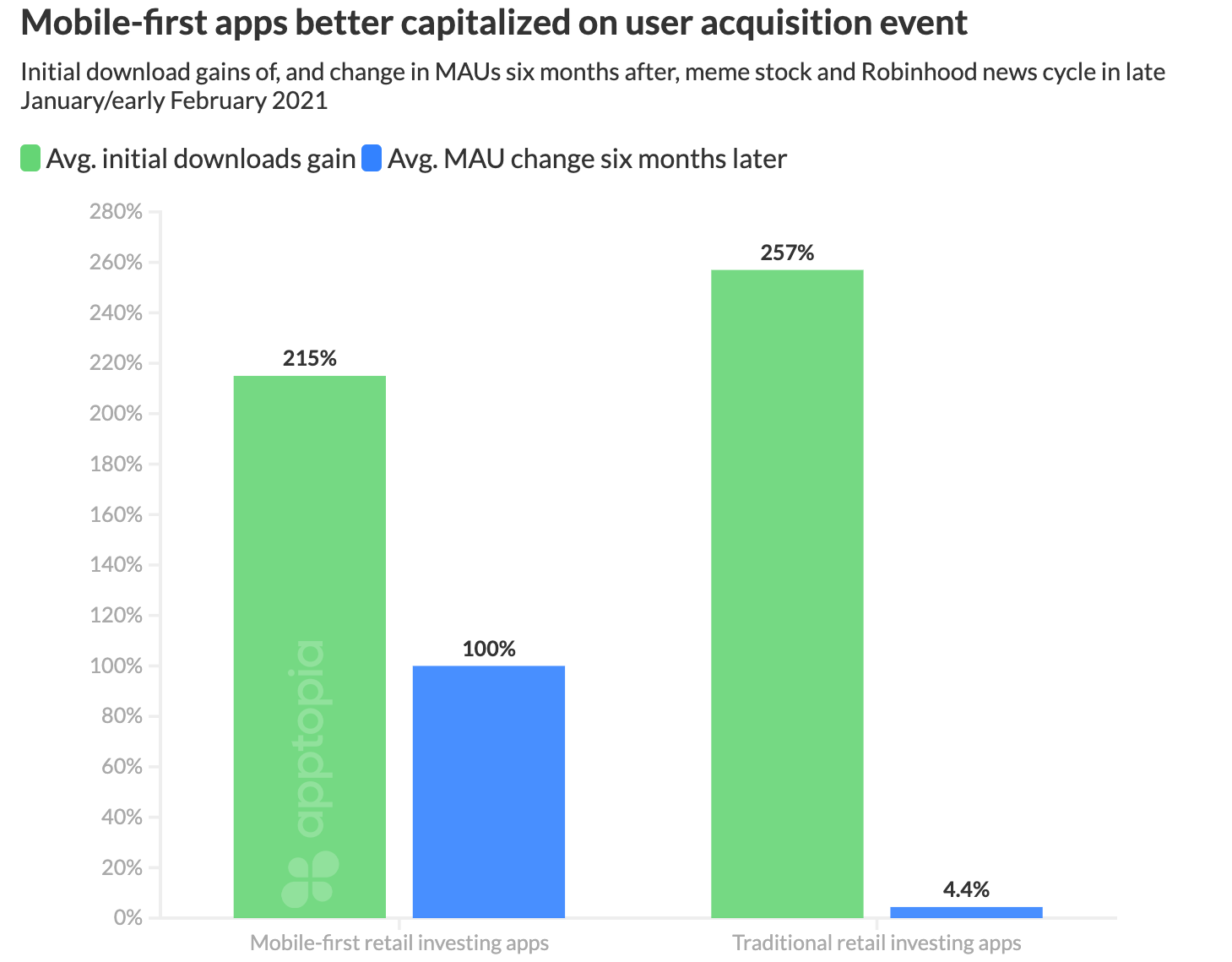 In an effort to determine if these new users ended up staying with these apps, we compared their MAU numbers in December 2020 with their MAU numbers six months after the acquisition spike. We saw that, on average, mobile-first apps were able to retain users and keep user engagement better than their traditional counterparts. 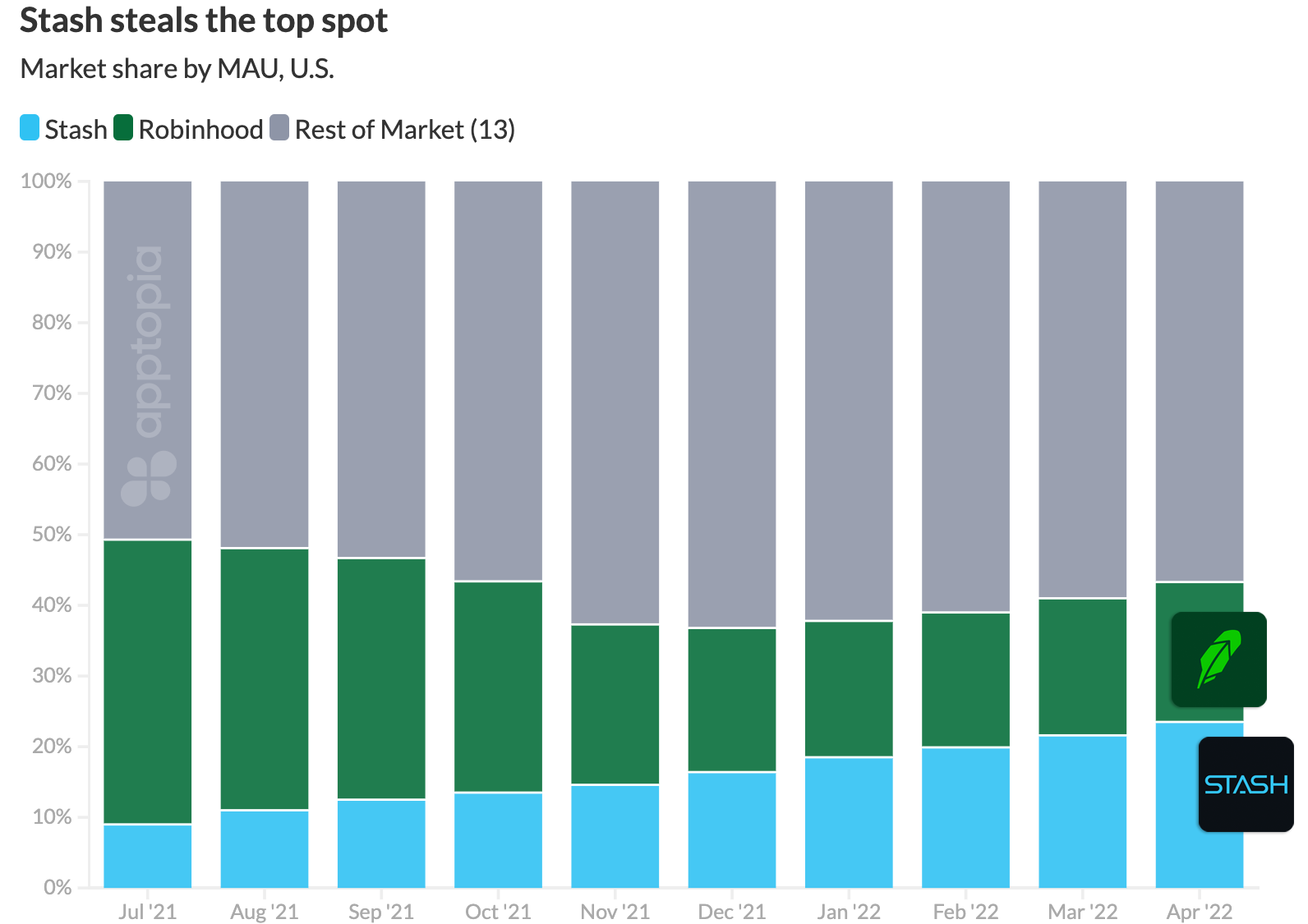 Another major development in this market was a changing of the guard for its market leader. As a mobile-first investing app, Robinhood has long been the mobile MAU market share leader, but that changed in February 2022 when Stash became the leader in the clubhouse. While Stash grew MAU by 31% over the course of this timeline, this leader change is more about Robinhood losing MAUs at a rapid rate toward the end of 2021.

Stash is an investing app focused on the educational component of investing, helping people grow their portfolio in a responsible manner by building “healthy” habits in its users. You can listen to an interview with its Chief Product Officer to learn more.

Another option to keep the data flowing is to click the blue button below to get the rest of Apptopia's insights on retail investing apps.