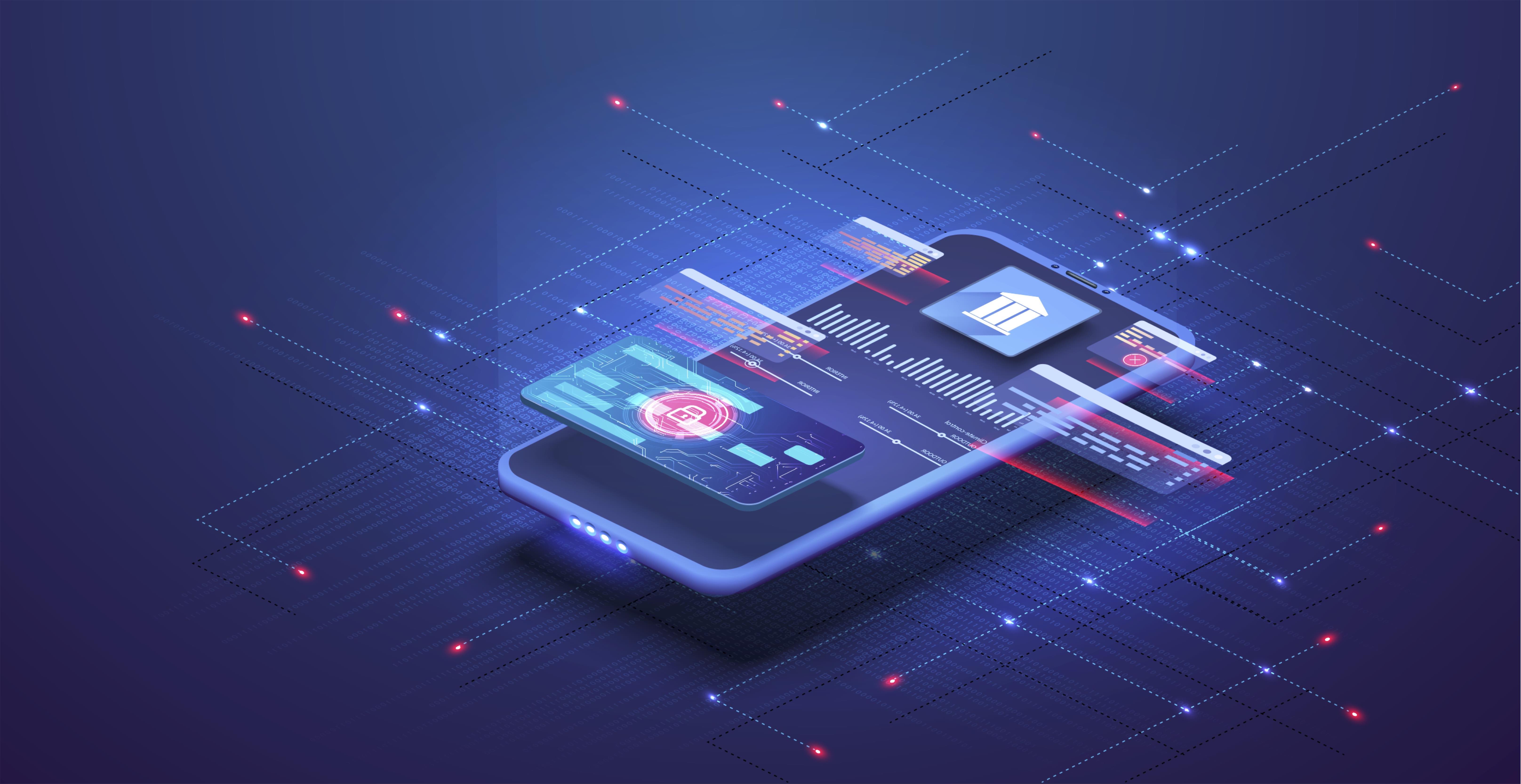 Chime was the most downloaded digital first banking app in the US in the first half of 2021, with 6.4 million new installs. 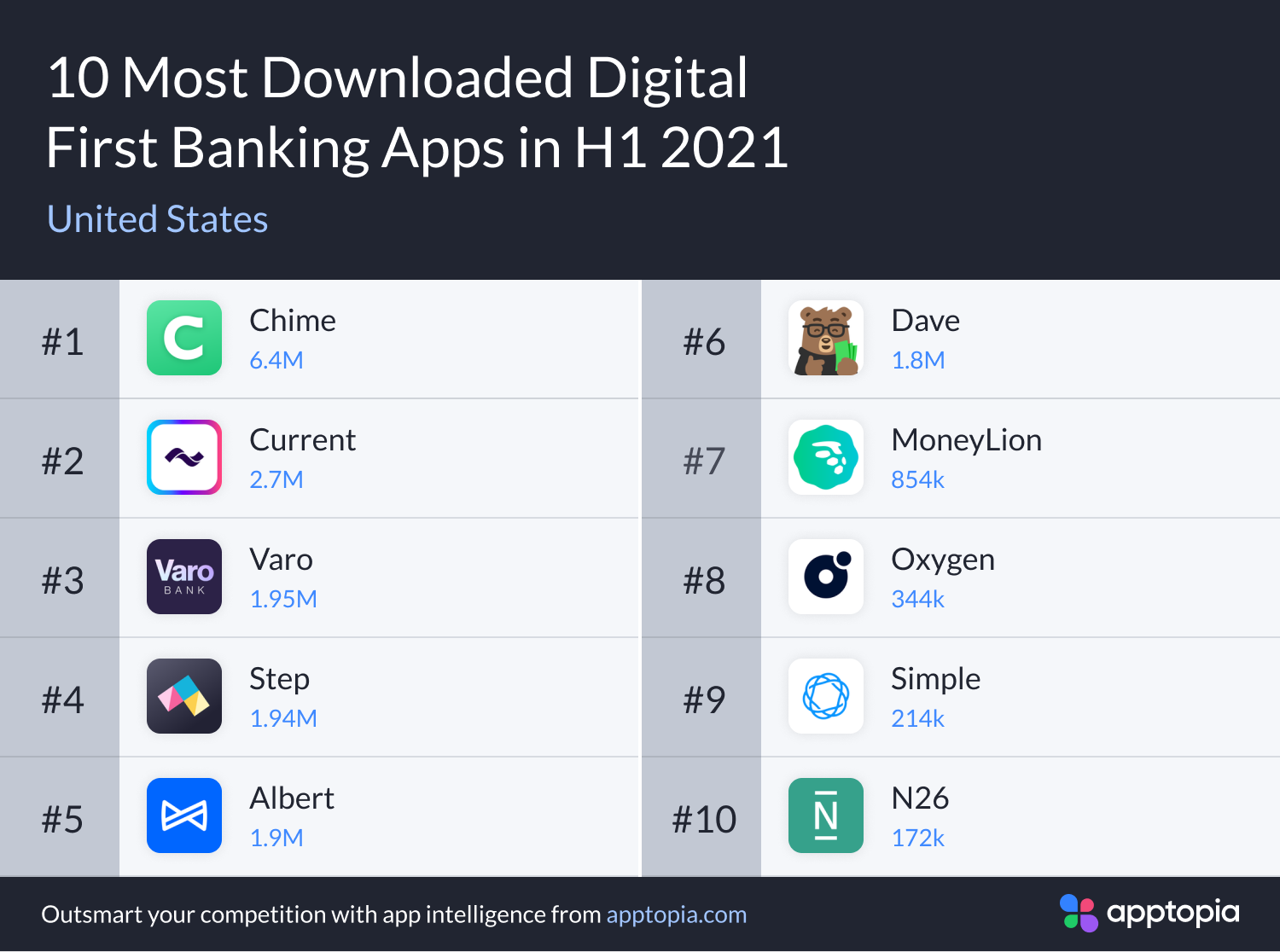 Downloads of the top 10 apps pictured above have increased 37.4% YoY. Chime is still the leader of this group for most mobile app performance metrics and it was the most downloaded banking app in the US in 2020. Note that even though Simple made our chart, the app was actually shut down early in the month of June after being acquired by BBVA.

We have not written about UK challenger banks since 2019 but three of them- N26, Revolut and Monzo have all entered the US market since then. While Revolut didn't make the cut, it would have been #11 and is virtually neck and neck with N26. The funny thing is its average daily downloads number in the US is trending up this year while those of N26 are trending down. Monzo is significantly below both and its trend line this year is flat so far.

Step - Teen Banking, Current - Modern Banking and Oxygen Banking: Modern Finance were the fastest growing apps YoY by way of downloads, growing at 2980%, 96% and 95%, respectively. Even though all three are fast growing digital first banks, they each cater toward a different crowd, which you can read about by clicking their respective hyperlinks above. 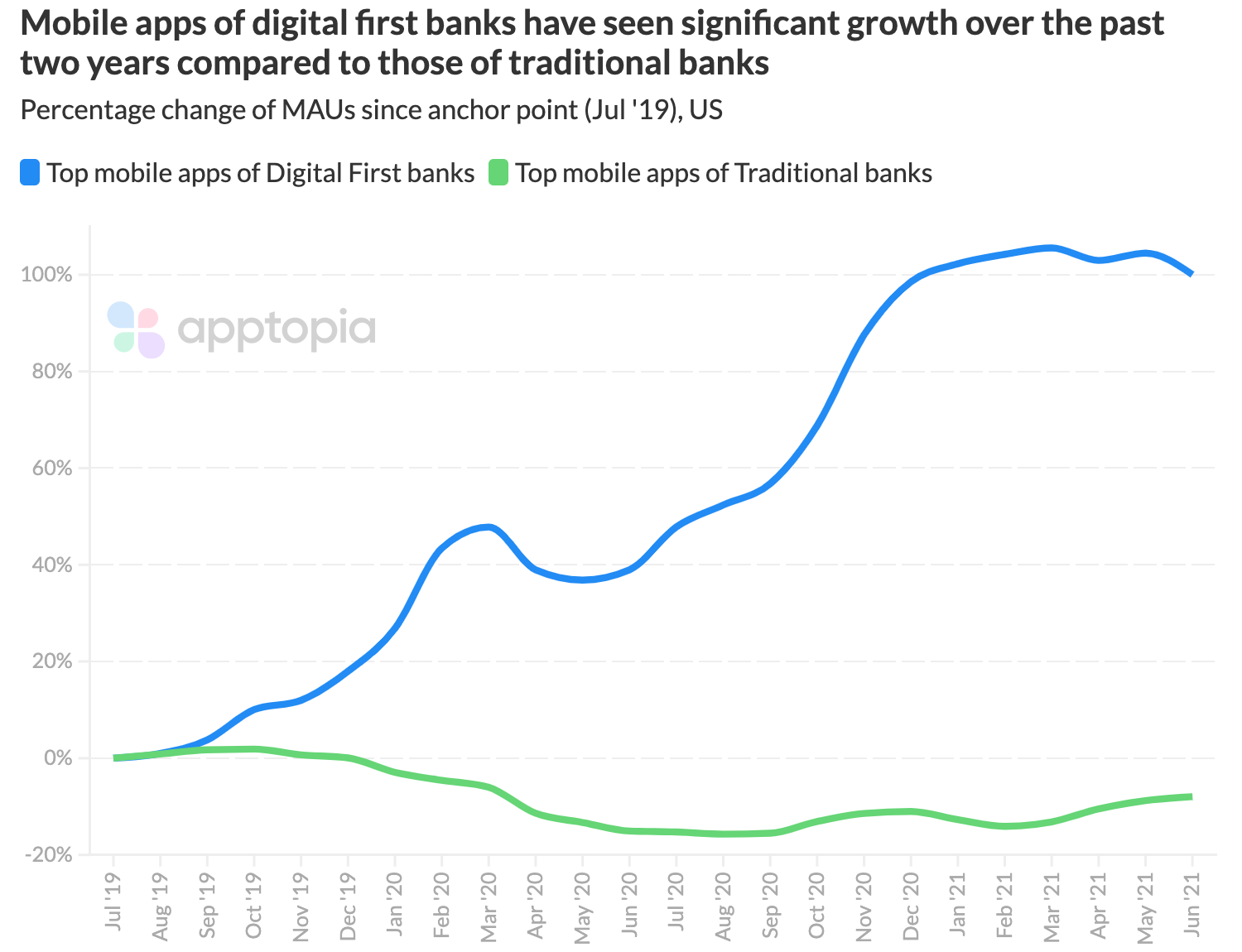 As you can see, digital first banks are growing nicely while active users of traditional banks' apps are falling slightly. In most cases, these two groupings of banks do not share the same customers, as Current's VP of Marketing, Adam Hadi, will tell you. Still, you can't help but feel some have made the switch.

View our free report on Payment and Investing apps