Why your brand needs a mobile game 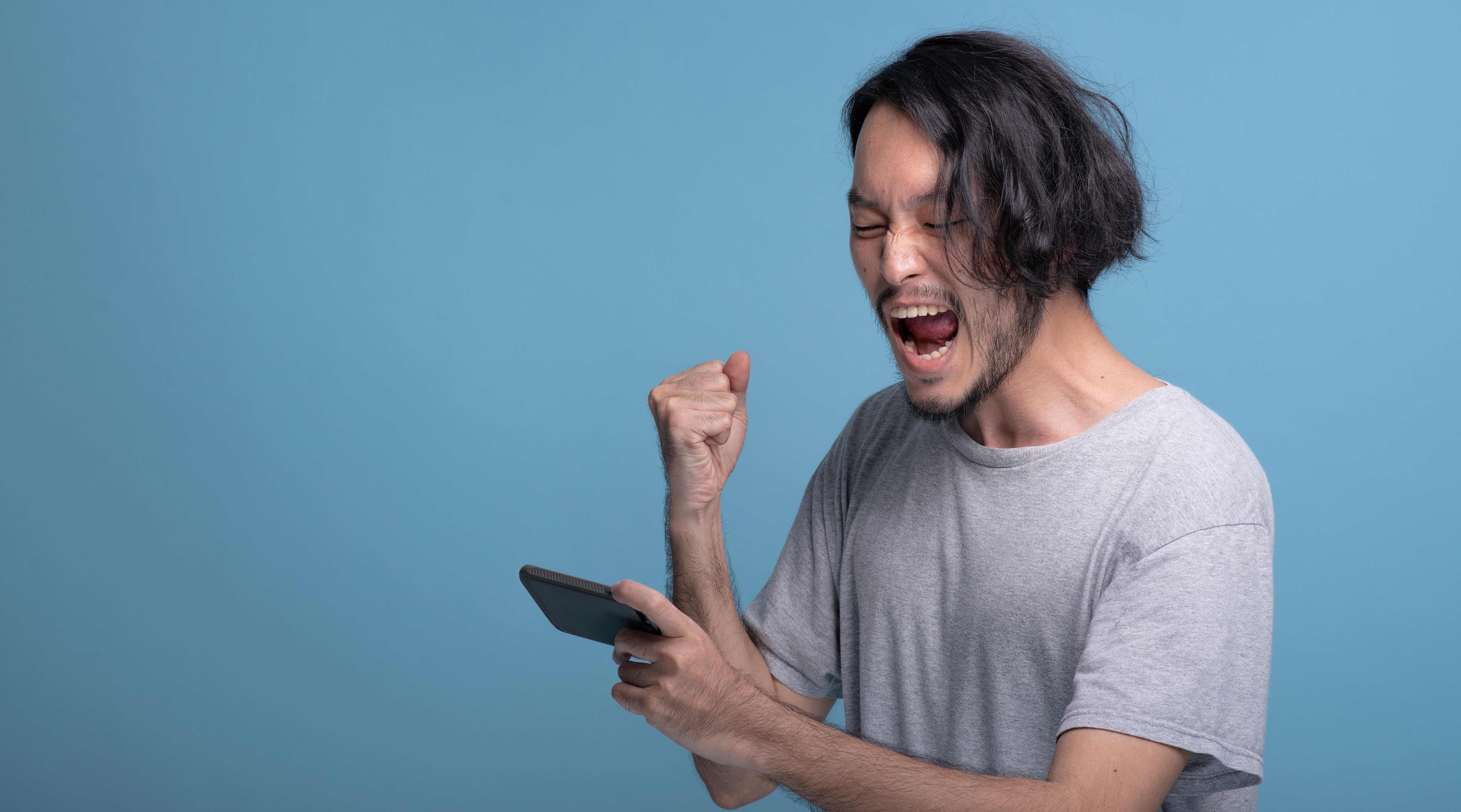 Brainstorming ways to drive customer interaction? Trying to grow your loyalty program into something truly special, and that actually builds loyalty? You should launch a well-thought-out mobile game and get more real estate on your customers’ most personal device -- the one they look at 80 times per day.

A mobile phone is our most personal device, an extension of oneself. As a brand, owning as much real estate on this as you can is crucial. Of course there are pros and cons to whether or not you build your game into your existing app or launch a standalone one, but either way, having a quality game can be powerful for your brand.

Mobile gaming is a $70 billion industry and growing. Newzoo estimates that almost one third of the global population (2.4B) now plays mobile games. Why? Mobile apps and mobile gaming in general have sparked a massive demographic shift in gaming, ultimately ushering in an era of “casual gaming.” You no longer have to buy a game console or a computer game to be a “gamer.” You just need to be bored on your commute to work.

The point is, more people play games than you probably think. There is a difference between what many people would describe as “gamers” and people who play games. From the article; “The Electronic Software Association revealed in its 2019 Essential Facts report that 65% of the general American population plays video games — and that the most common gaming device for 60% of those people is a smartphone.”

Apptopia did an analysis of the top 10 highest grossing mobile games in the United States (i.e. the top 10 gaming apps which people spend the most money in every single day) and, to the surprise of many, found that an average of 52% of their players are female.

Domino’s was onto something

The best mobile games are highly engaging. Of course, I’m not trying to convince you that brand engagement is good — you already know that. It’s one of the main reasons your brand is already active on social media. I’m pointing you in the direction of the best platform for you to increase that. Is creating a good, goal-oriented mobile game easy? No, it is not easy. But if it was easy, it wouldn’t be worth it. I could go into more detail about the hardships of creating a strong mobile game, but I don’t want to discourage you from reaching for greatness. You can find plenty of this information in your initial research.

Domino’s was onto something when it launched its Piece of the Pie Pursuit mobile game in April 2018. The idea was right but the execution and commitment wasn’t there. The game consisted of six levels, each with a simple goal such as moving a ball from point A to point B with obstacles/pitfalls along the way. Once a player completed the game, they received 10 “piece of the pie” points, and 60 points can be redeemed for a free medium two-topping pizza. I’ve enjoyed several of these free pizzas over the years.

In reviewing Apptopia’s performance estimates for Domino’s, new installs and engagement were not significantly impacted and the game was retired after a short period of time. So why didn’t it work out better? The execution wasn’t there. The game lacked staying power and there was only one prize or opportunity for boosting your rewards, on the table. Compared to other games on the market, it’s biggest driving force was the points and not the fun of the game. The controls were not intuitive or very responsive either. Think about the success of the game first, then figure out how to convert the engagement for your brand.

Domino’s is listed in the Food & Drink category on the app stores so we’ll stick with that category as our example here. According to Apptopia estimates, in Q3 2019, people around the world spent 953 million hours using Food & Drink apps. In the same quarter, people spent 14,076% more time playing mobile games. We’re talking 135.1 billion hours. That’s a lot of time and opportunity in front of people’s faces.

You’re probably thinking, “instead of creating a mobile game, why don’t I just advertise in already existing mobile games?” Well, you probably should. But anyone can advertise - I’m pushing brands for more. I’m pushing for you to be different and to be somewhat of a trendsetter.

Every brand has rewards – loyalty is dead

Traditional loyalty programs - coupons, rewards, cash-back - are antiquated and don't create the loyalty they used to. I’m part of more rewards programs than I can remember. This is across big box stores, restaurants, airlines and more. As a consumer, it’s smart to enroll in all of these. They’re places I currently shop at and will continue to shop at, so why not reap some benefits?

Sticking with food, Chipotle isn’t just competing with Qdoba, it’s also competing with Subway, Panera Bread, and all other fast-casual food providers. We all agree loyalty/rewards programs help, but your rewards members have also enrolled in the program of your competitors. It’s because of this that brand loyalty doesn’t go as far as you’d think. You’ll get people to enroll and use your rewards program, but do they order substantially more than they would have without the program? There’s more juice to get out of this squeeze.

What a well-executed mobile game nets you

More brand engagement, but in a friendlier manner. The entire game should be a steady drip of advertising for your brand (colors and all) without it being overly obvious. Most importantly, it also needs to be a piece of your loyalty/rewards program. Winning/unlocking rewards through gameplay is unique and habit-driving. You can use components of the game to educate consumers about your industry or brand in a friendly and digestible way.

But what type of game should you choose and how can you make sure to incorporate elements that tie the game to your brand? There’s loads of different types of mobile games out there; Word games (Words With Friends), Match3 games (Candy Crush Saga), Endless runners (Temple Run), Tower defense games (Clash of Clans), Interactive story games (Episode), and much more. If you end up choosing a story-driven game, make sure that storyline incorporates or reflects your brand’s actual story. Here are a few ideas for big brands out there:

Patagonia - Interactive story game for sure. Remember Oregon Trail? This could be a voyage or survival game where the user has to make choices along the way that lead down different story paths. You’ll want to stock up on certain items like boots and coats to make it through.

McDonald’s - I’m betting an endless runner starring the Hamburglar would be fun. Collect hamburgers and make sure you don’t get caught in the act! Beating levels and gaining points can feed into your rewards account.

TripAdvisor - A great fit for trivia. The questions would be geography-based and users could test their knowledge while simultaneously learning about different places they might like to go visit. An honorable mention would go to teaming up with The Learning Company to create a Where in the World Is Carmen Sandiego? game.

Starbucks released an augmented reality mobile game called Starland. It’s trying to be similar to Pokémon Go in that people will need to get out and walk around to play. “When players open the game, they will see floating stars in their surroundings (you don't have to be in a Starbucks store) through the phone’s camera. Stars may change positions as players shift their phones around. Catching the stars will give players the chance to win various prizes, including free drinks for an entire year, the ability to earn triple stars (Starbucks Rewards points), free breakfast for a year, a $500 Starbucks gift card or 15,000 stars — which is about 100 Starbucks drinks or about 75 lunch items.” Read this for more specifics of the gameplay and prizes.

A little bit different of a concept is Covet Fashion from Glu Mobile. It’s a casual fashion game that has actually been around since 2013. Covet Fashion itself is not the brand that made a mobile game, but rather a vehicle for fashion brands to be included in a mobile game. Players create outfits from more than 150 real brands such as Calvin Klein, Badgley Mischka and more. From the game’s App Store description: “Build your virtual dream closet as you shop and discover clothing and brands you love, plus get recognized for your style with incredible in-game prizes!” According to Apptopia, the game averages about 2.5 million monthly active users. Badgley Mischka reported Covet Fashion is “the third highest traffic driver to the fashion label's website.”

If your brand is looking to take a risk for a massive reward, creating a fun, well-designed, and brand-fitting game is the way to go. Tie it to your rewards program but focus on the engagement and fun. You want your game to be something people who may not normally love your brand will want to play.